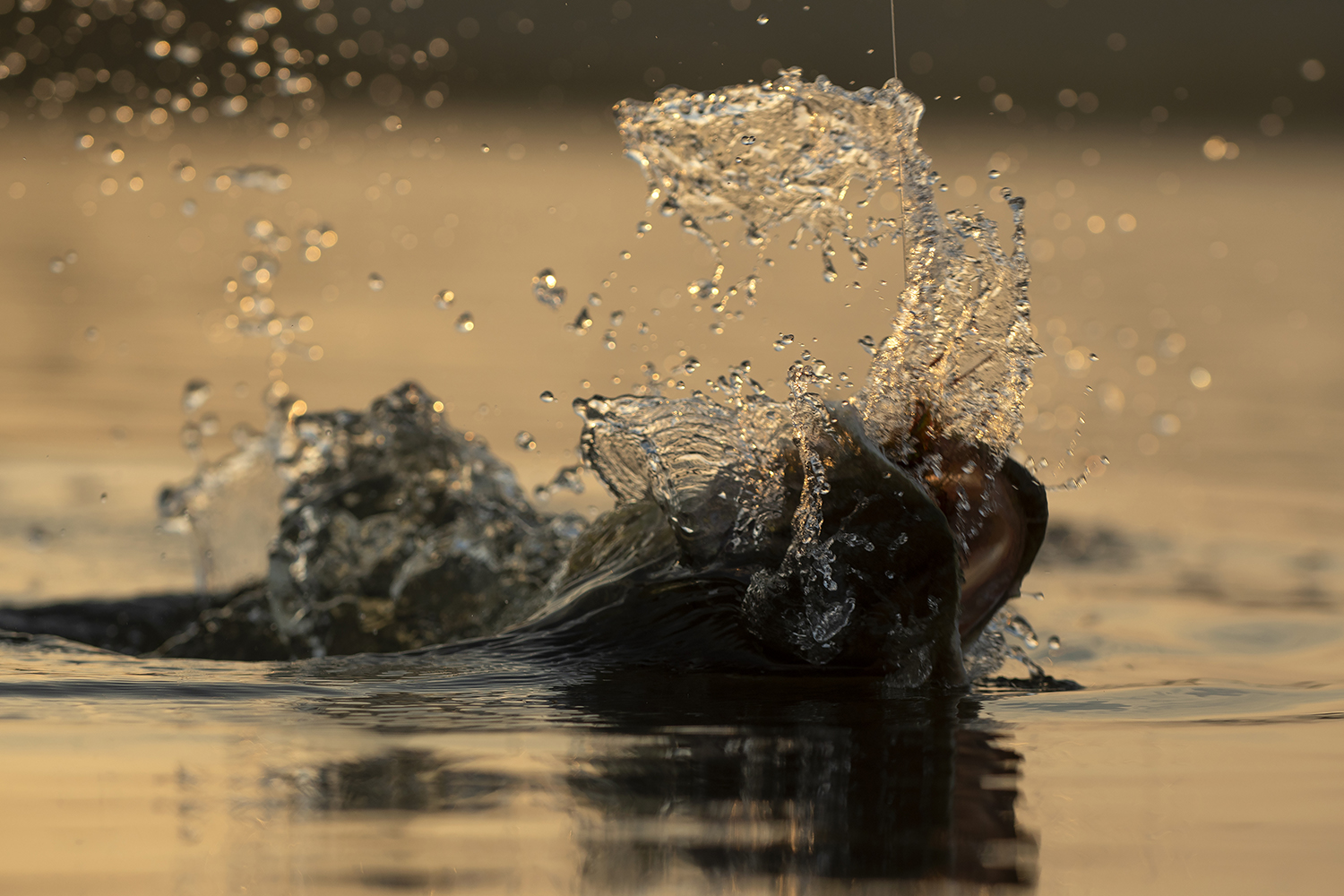 Almost like clockwork, we had the first two frosty mornings yesterday and today – fall is here, and that’s good news for everyone who loves fishing. At Ahrex we love pike fishing and we can’t wait to get out on the lakes again.

Many pike lakes warm up during the summer to a point where there’s little oxygen left in the water, and pike become inactive. They also have trouble surviving a release after a fight because of the low oxygen levels, so we tend to leave them alone in heat of summer. 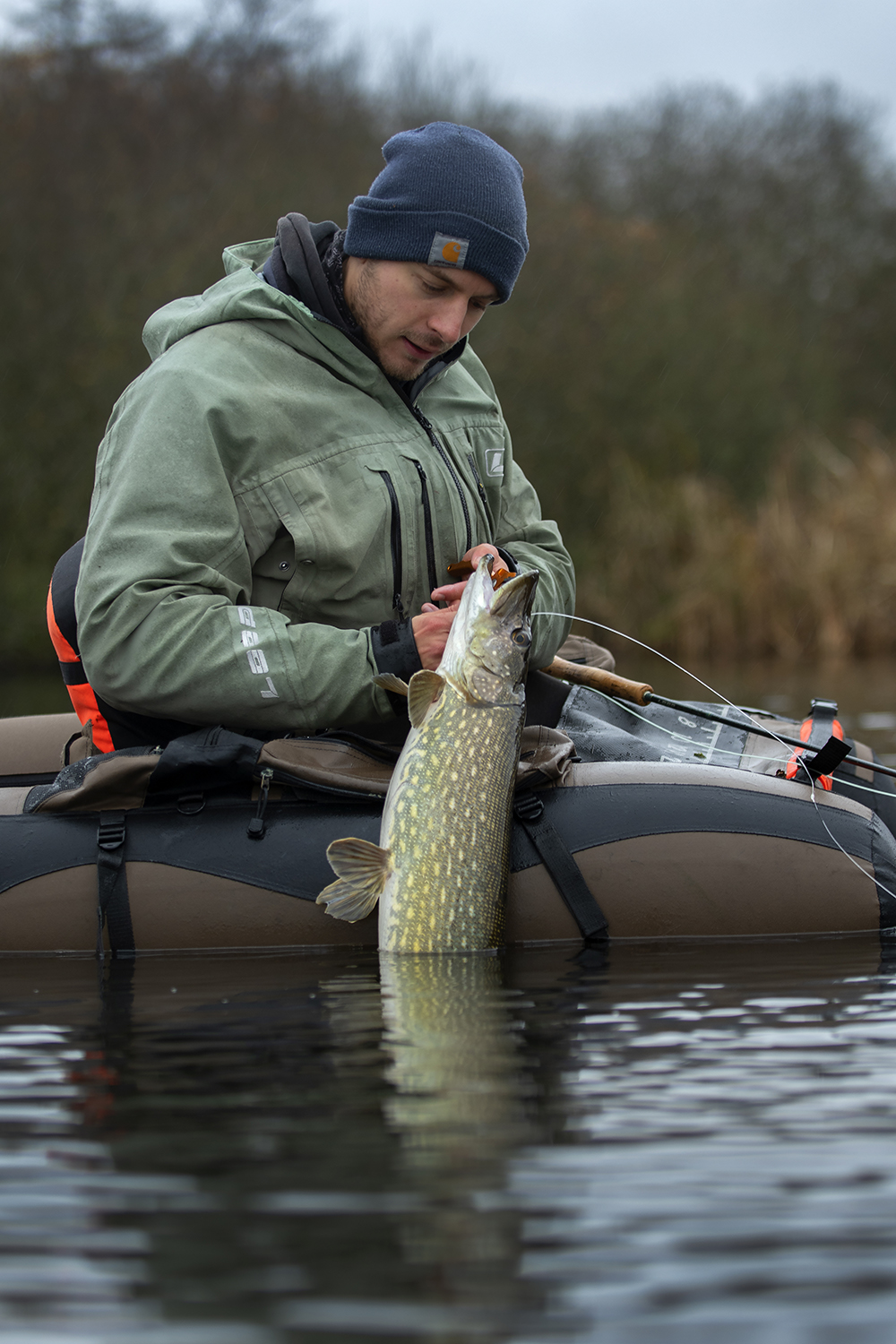 There’s nothing like a few frosty nights to lower the temperatures and a some windy days will put some O2 back in the water, and it may take pike a few days to adjust to the lowering temperatures, but once they do, feeding activity picks up again. And that of course means that they can be caught again – and more importantly, safely released. Once conditions are right, pike are quite a resilient fish. 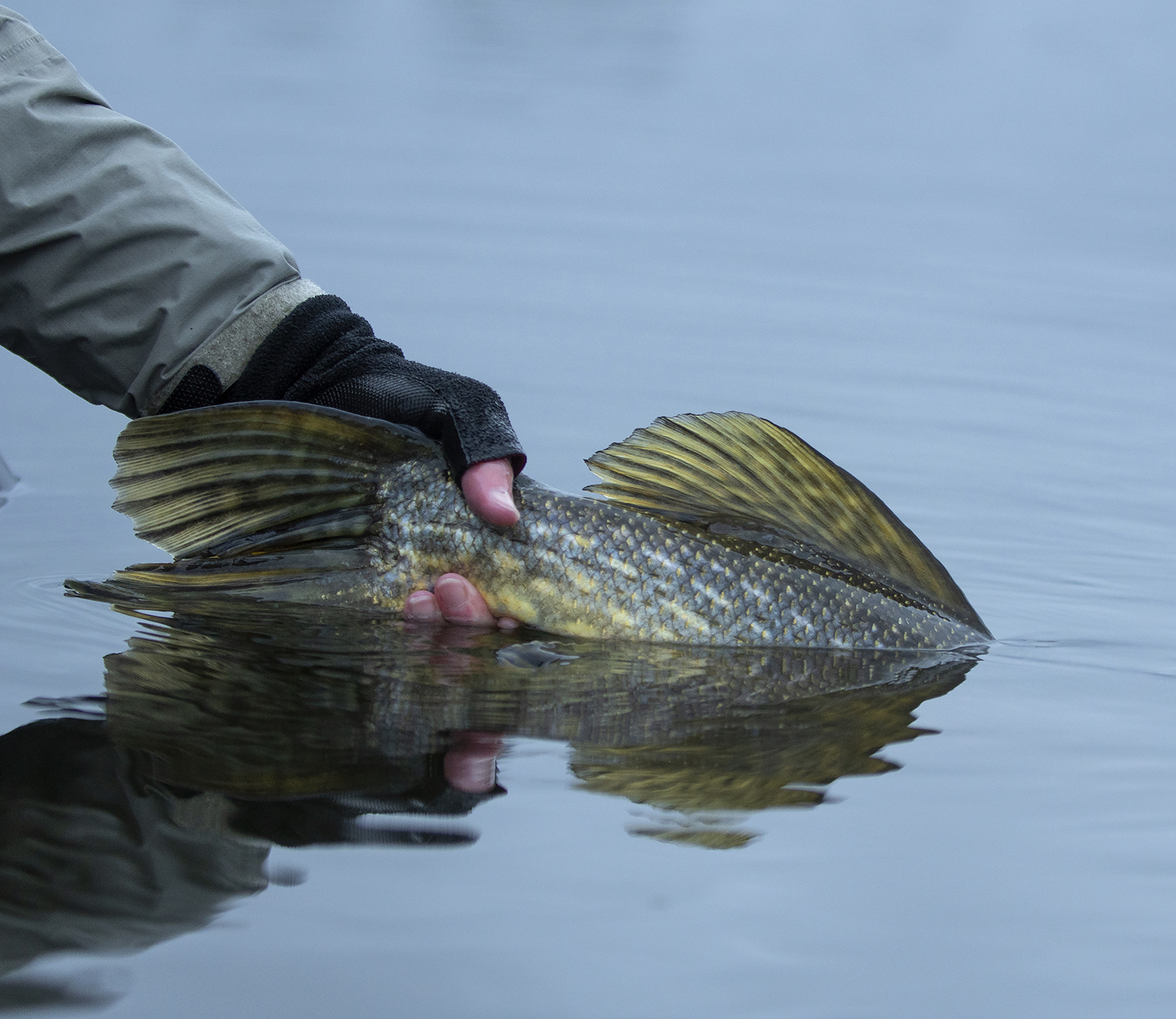 Usually conditions are such that most, if not all, methods are still very effective. Pike are feeding actively and will take both small and big flies, fished on both sinking and floating lines. Even popper-fishing can still be very effective, especially if you have access to water that’s relatively shallow. If you’re lucky enough to get out on a sunny day you’ll often be able to land some really beautiful perch as well.

They are rarely picky – if they can see your fly, they’ll eat it. They are busy getting into shape to handle the winter. Sometimes it really pays off to have a look at what the pike are feeding on and give a little “match-the-hatch” a go. I’ve often found, especially in brackish water, that smaller flies imitating the natural prey are better that really big ones.

In fresh water pike often have access to bigger prey, and a large pike won’t hold back if a big bream crosses its lie. After such a meal the pike will often rest, and refrain from feeding, for several days. In periods of complete inactivity, try using a smaller fly – sometimes it almost seems as if you can tempt the pike to a small snack when they’re not ready for a full meal. In brackish water pike generally feed on smaller prey, so they feed more evenly. That also means that you’re less likely to see whole days of inactivity.

If you were in doubt that we really enjoy pike here at Ahrex, just take a look at the selection of predator hooks we’ve made. We believe there’s a hook for any flytier’s need.
Please have a look around the predator hooks at  www.ahrexhooks.com

And don’t forget our Trout Predator-line either. They are also quite well suited for smaller pike flies. The lakes can still be quite overgrown with weeds from the summer season, but we’ve got you covered there too. Take a look at our PR 374, which is a bent jig-hook, designet specifically for upside-down flies that’ll often allow you to fish where you’d otherwise get caught in the weeds.

Enjoy the fall season and please consider sharing your catches with on social media – we love to see the fish our hooks land! And don’t forget that the first frosty night will often get things going in the salt as well.