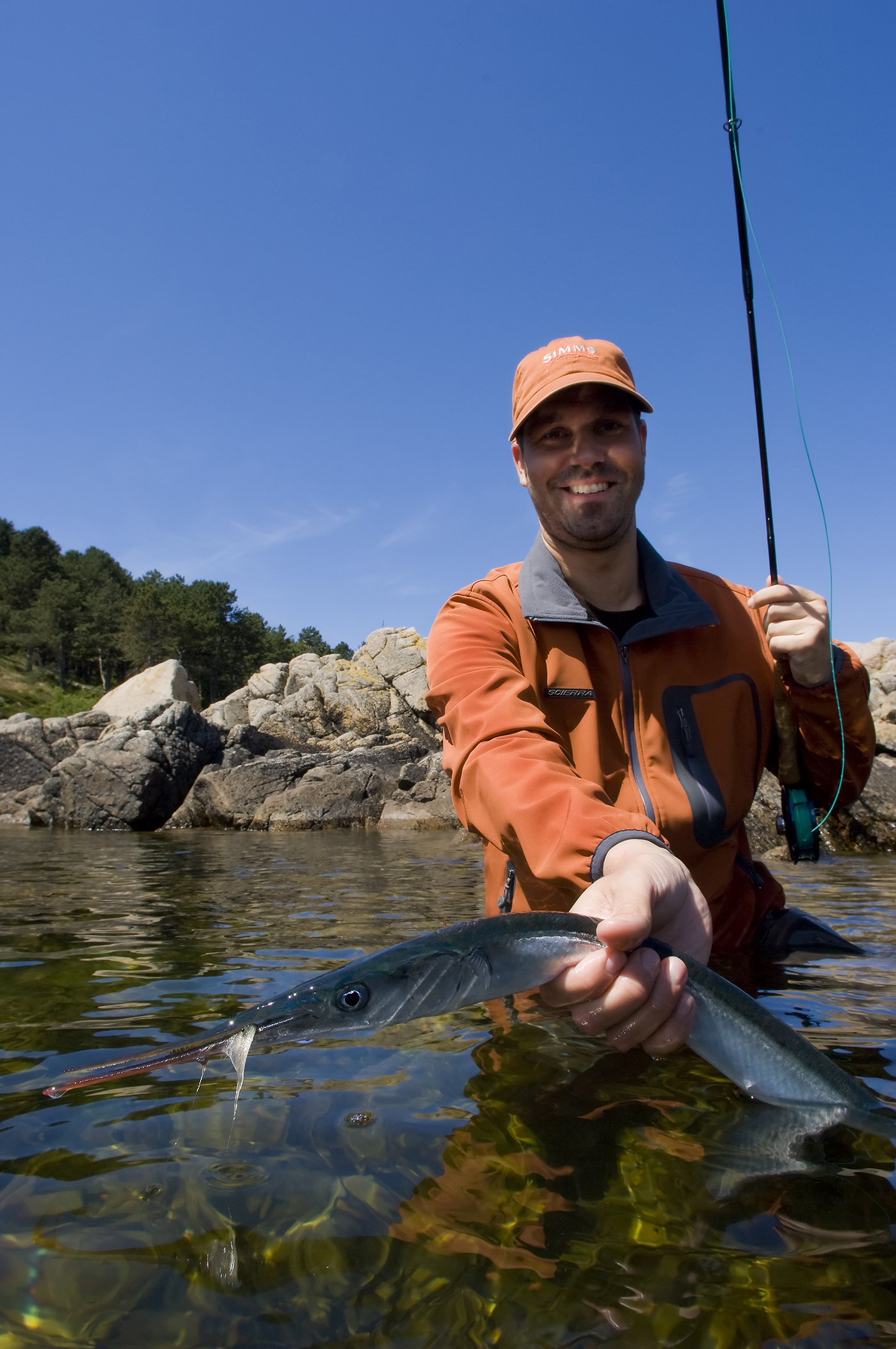 Garfish is one of those fish, where the best fishing weather actually is nice weather. Clear skies, a light off-shore breeze, 20 degrees and blazing sun and garfish are almost a guarantee. They are fairly easy to catch and they are often present in numbers. They are the quintessential good-weather-fish on the Danish beaches. That presents a unique opportunity to bring the family out – lets the kids and/or your spouse catch a garfish or let them hang out on the beach while you spend a couple of hours in the water. 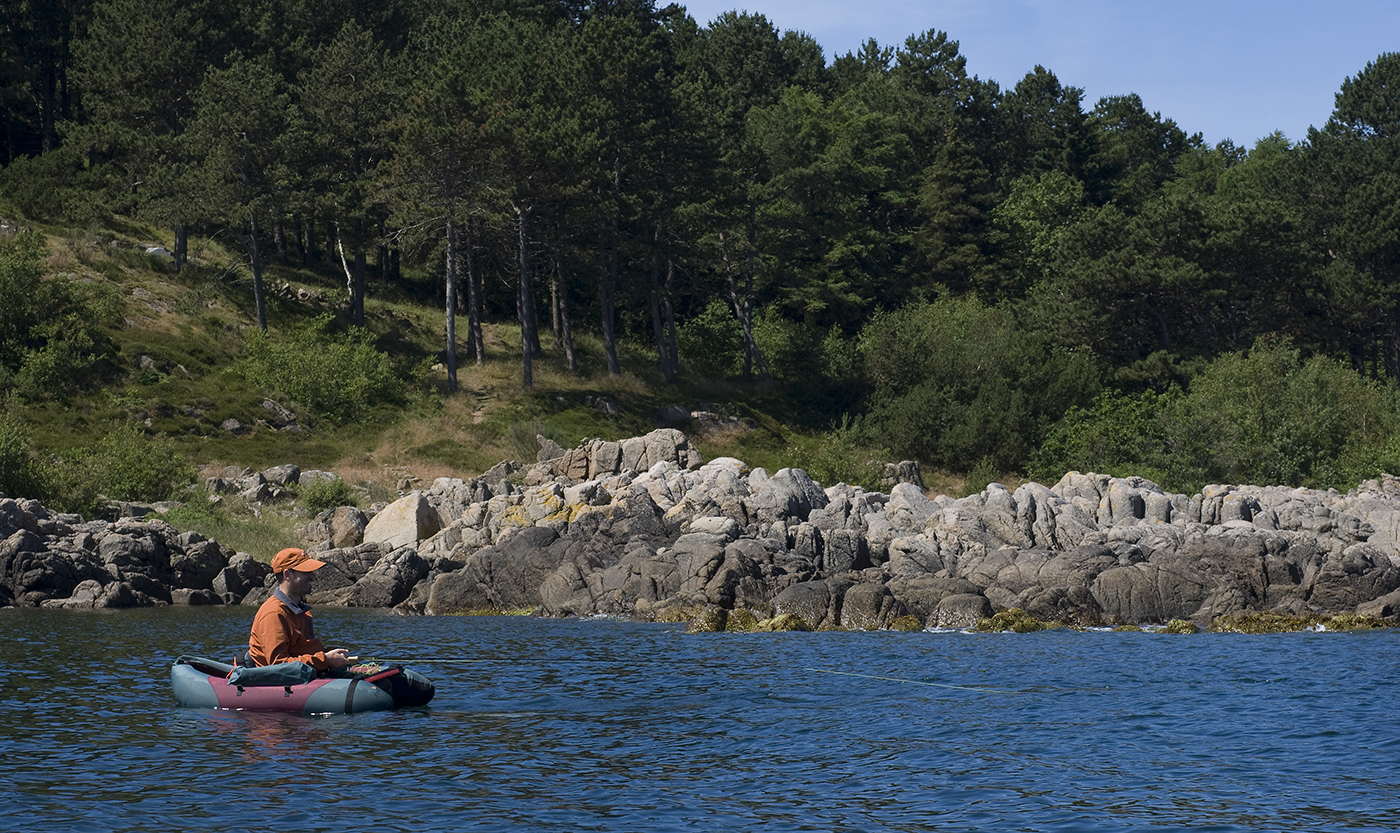 Garfish spend the winter down south in warmer waters, but come here in the spring to spawn. They used to arrive in the second half of April, but after a mild winter (and dare I say it – maybe climate change?) they are sometimes caught as early as late March. On flat water they can easily be seen spawning – they gather, 5 or more garfish, in the surface and they swim around and in between each other. Don’t cast over these “swirls” – you’ll often end up foul hooking a garfish. 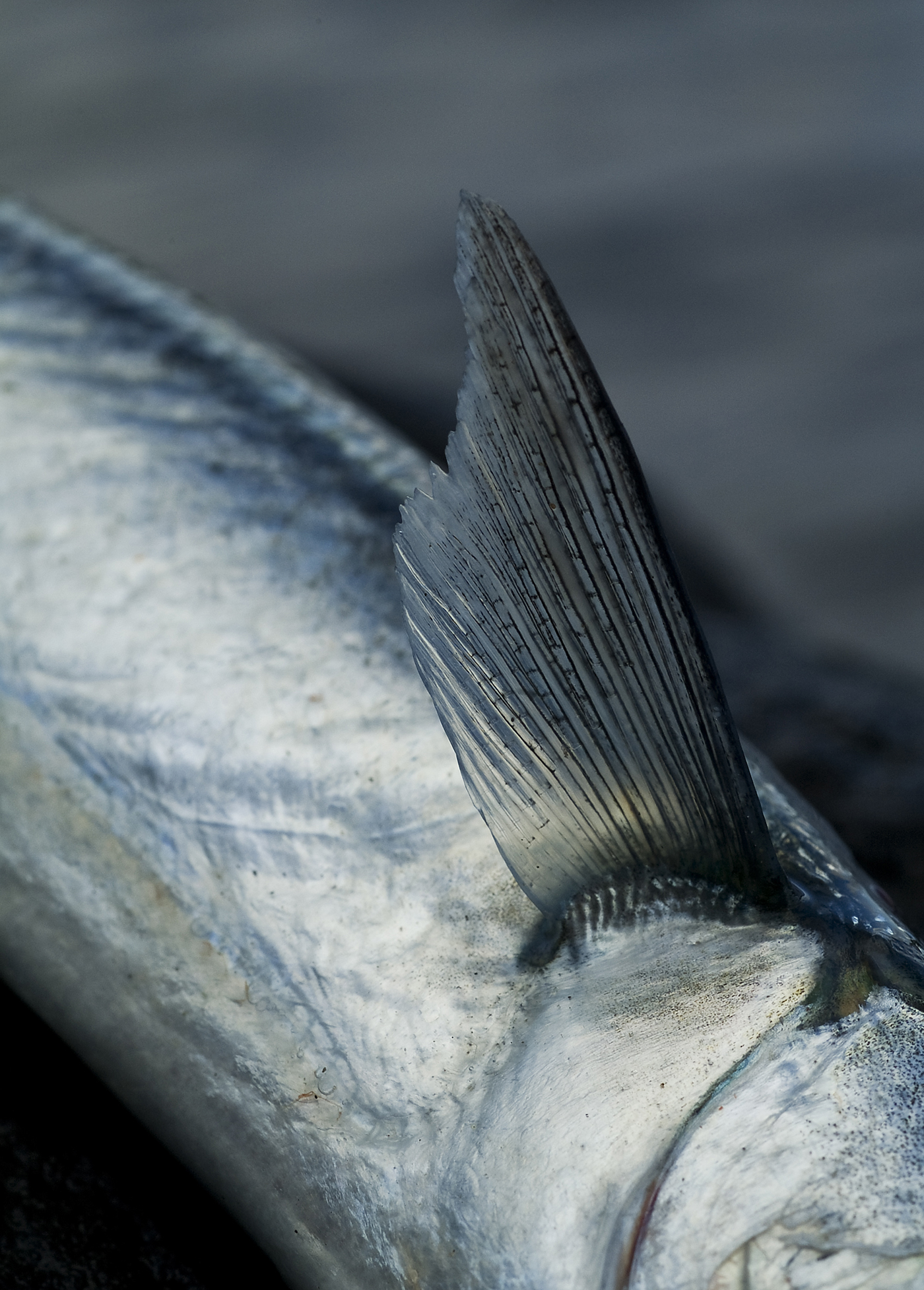 There are plenty of them and that’s good, because they are hard to hook. You’ll often get several takes between proper hooks-up. The long and hard beak is of course the reason. Spin fishers sometimes use a long piece of silk yarn behind the lure instead of a hook – the long beak, with hundreds of small, sharp teeth, simply gets tangled in the yarn. This is possible to do on a fly rod, but as fly fishers we use another tactic.

When they chase baitfish like sand eel they sometimes try stunning the bait with their long beak (which is why the silk “hook” works, I suppose), but smaller bait they simply try and swallow. While they simply love a long, slender baitfish retried at full speed just under the surface, you’ll get far more hook-ups fishing a small fly slowly, giving them time to get the fly into their mouths. Consider de-barbing your hooks.

And if there’s a fish that confirms the saying “If it ain’t chartreuse, it ain’t no use!” it’s garfish. They simply love a small, chartreuse fly, and it really doesn’t need to be anything special as the picture tells. Their long beaks and hundreds of teeth quickly shred most flies, so don’t spend too much time tying them.

Garfish aren’t huge, but they are fun to catch and the fight often offers are tail-dancing garfish. So break out the 5-wt or the 6-wt and enjoy a sunny day on the beach. Sea trout catches do go down when the garfish arrive, but it’s still possible to catch one amongst the garfish, so be prepared for something a little more substantial. And every now and then garfish over 80cm are caught and they put up a real fight!

Garfish love sun and warmth, so if you want to target sea trout instead, fish on windy, overcast days, with an on-shore wind, maybe even rain and into the dark. Which is better sea-trout-fishing-weather anyway. That kind of weather reduces the number of garfish and increases the chance of a sea trout. 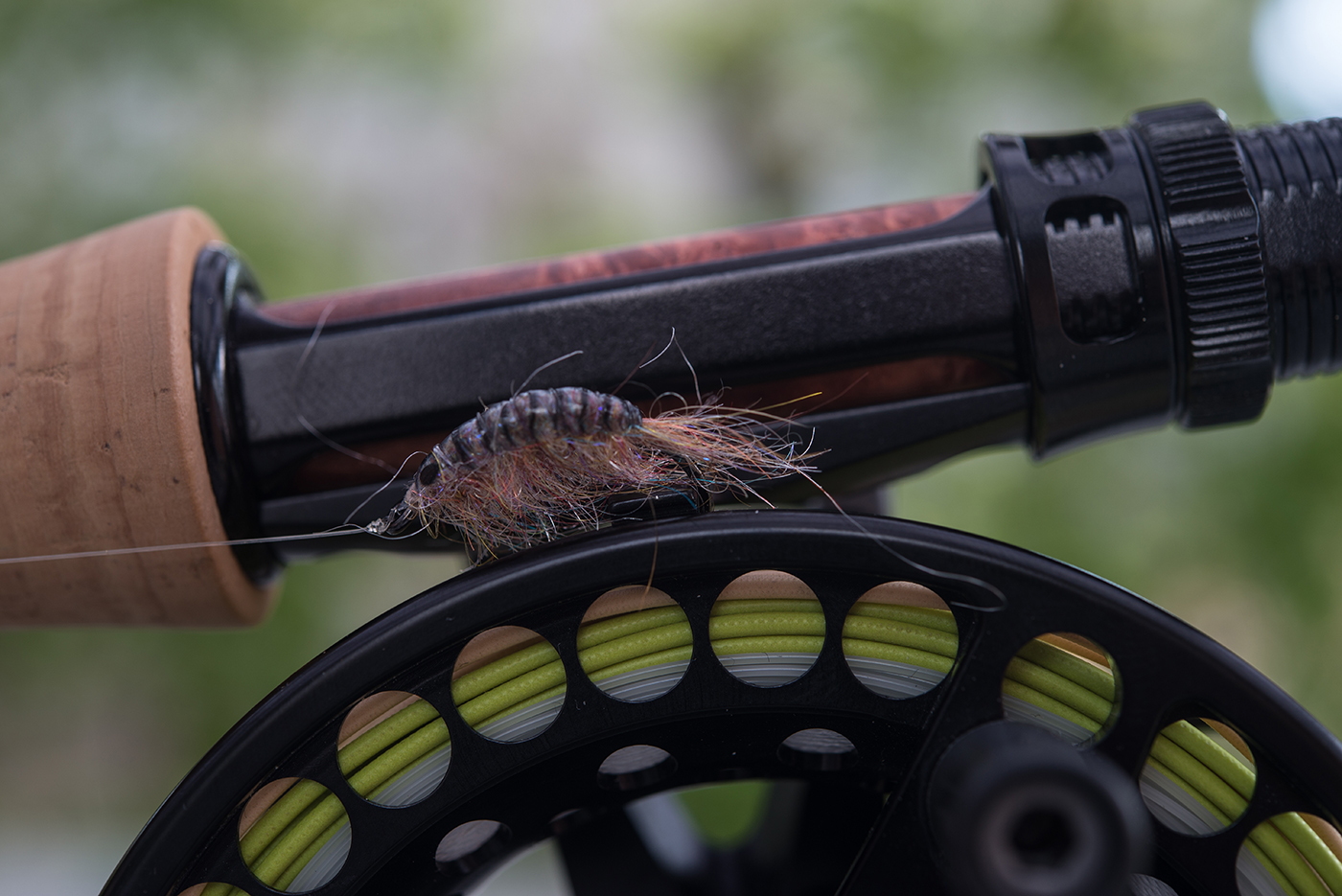 A classic gammarus-imitation is a good choice on overcast days. Sea trout love them, and if there’s a garfish or two that didn’t read this blog and come within range, they’ll also happily take them.