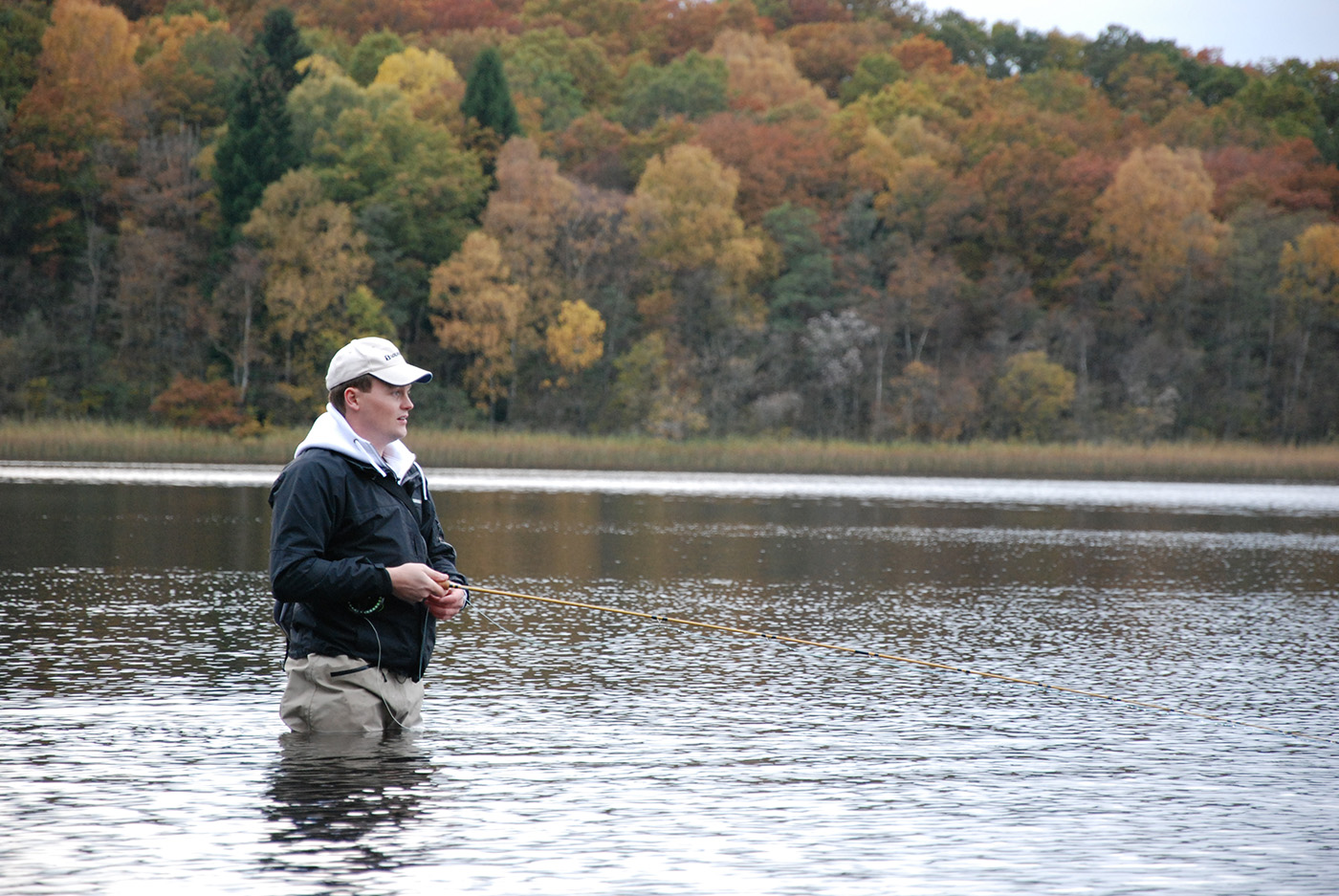 It’s fall and conditions are changing, but not (yet) for the worse, if you know what to look for and when and where to find the fish. Andreas Larsson sent us this piece on fall fishing for stillwater rainbows – and you don’t need to pack away the dries just yet, maybe just change them out. I’ll let Andreas give you the details. 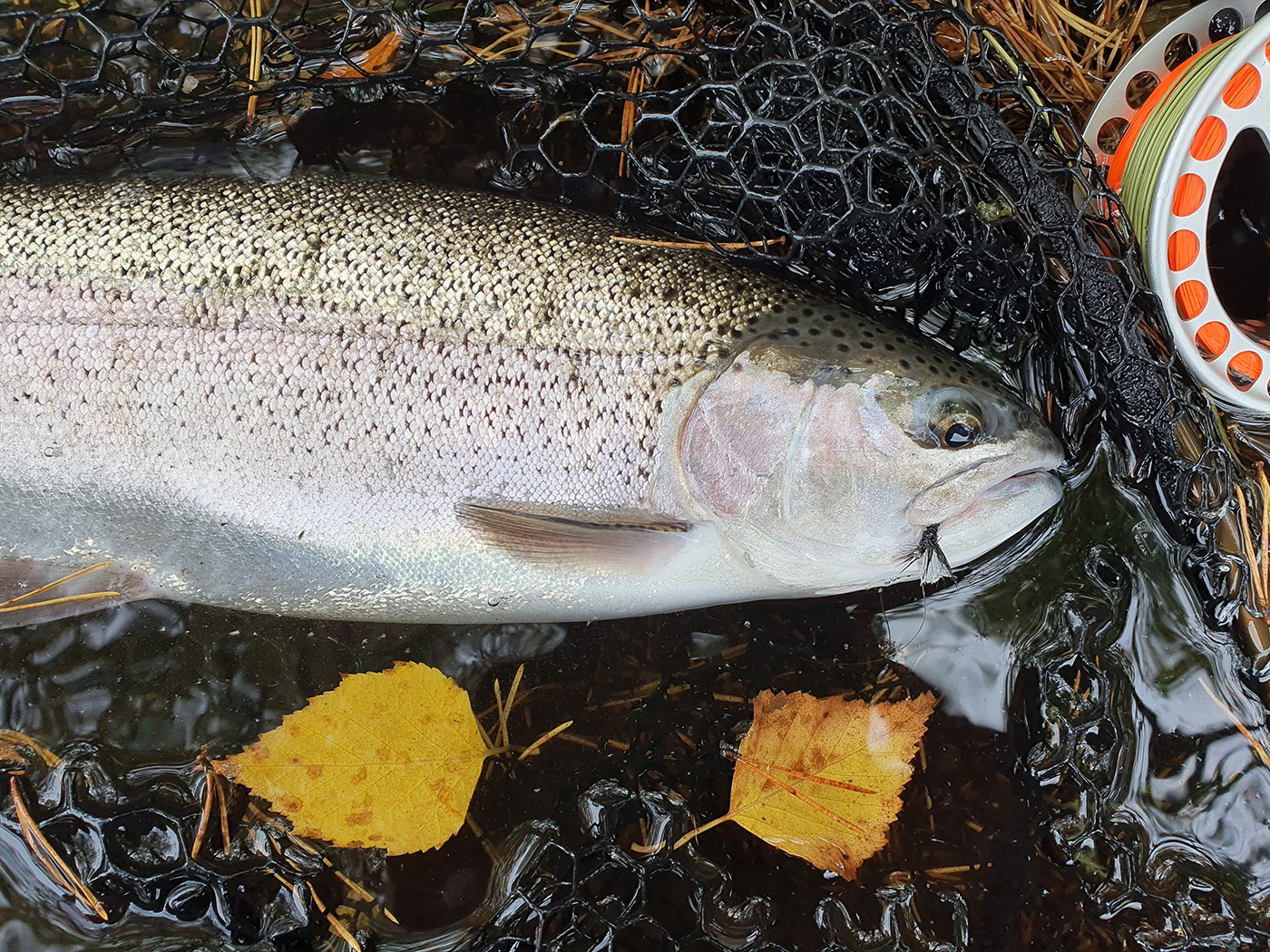 During the fall terrestrial insects become increasingly important together with midges. In my experience the fish aren’t as selective as they are during the summer. The big hatches of spring and summer are over and they’re busy stocking up for winter, so they often take whatever dumps down in front of them – in other words, they become more opportunistic.

The bigger terrestrials are rich on protein and together with midges form the basis of the trout’s diet. Of course terrestrials drop on the surface all through the season from trees and bushes and the rainbows that patrol the shallows know this.

In my “terrestrial box” I carry imitations of beetles, ants, flying ants, wasps, spiders, daddy-long-legs and flatbugs. It’s often find the best fly of the day in this box, and my favourite fishing is with beetles and midges. 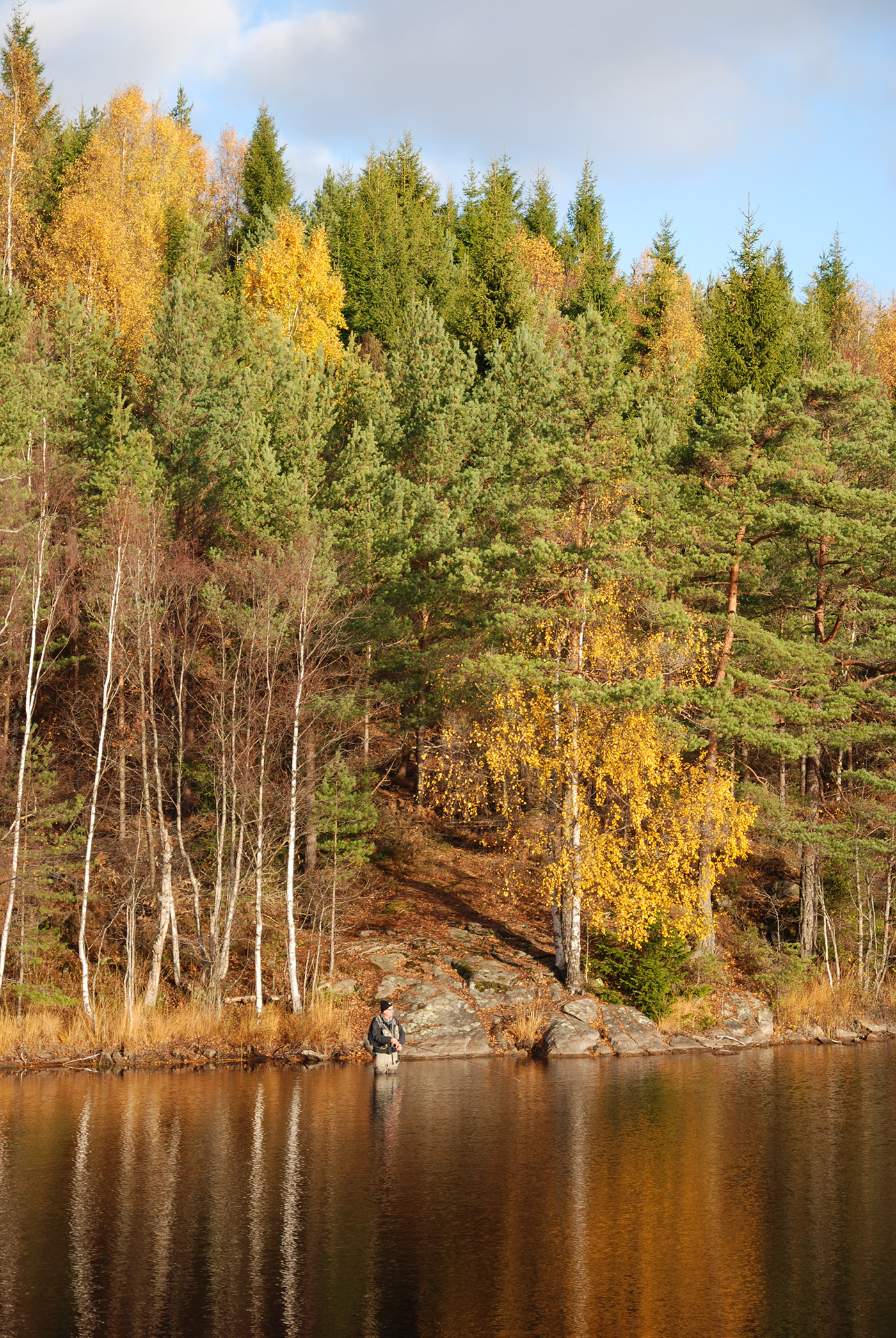 When you see rainbows rising in the middle of the lake, often far out of reach, they’re usually feeding on midges. In this situation the fishing is about predicting the rainbow’s path and placing an imitation correctly.

Closer to shore it’s more likely that terrestrials dump onto the water. When trying to find these fish, it’s important to sneak up on them and present your imitation precisely. 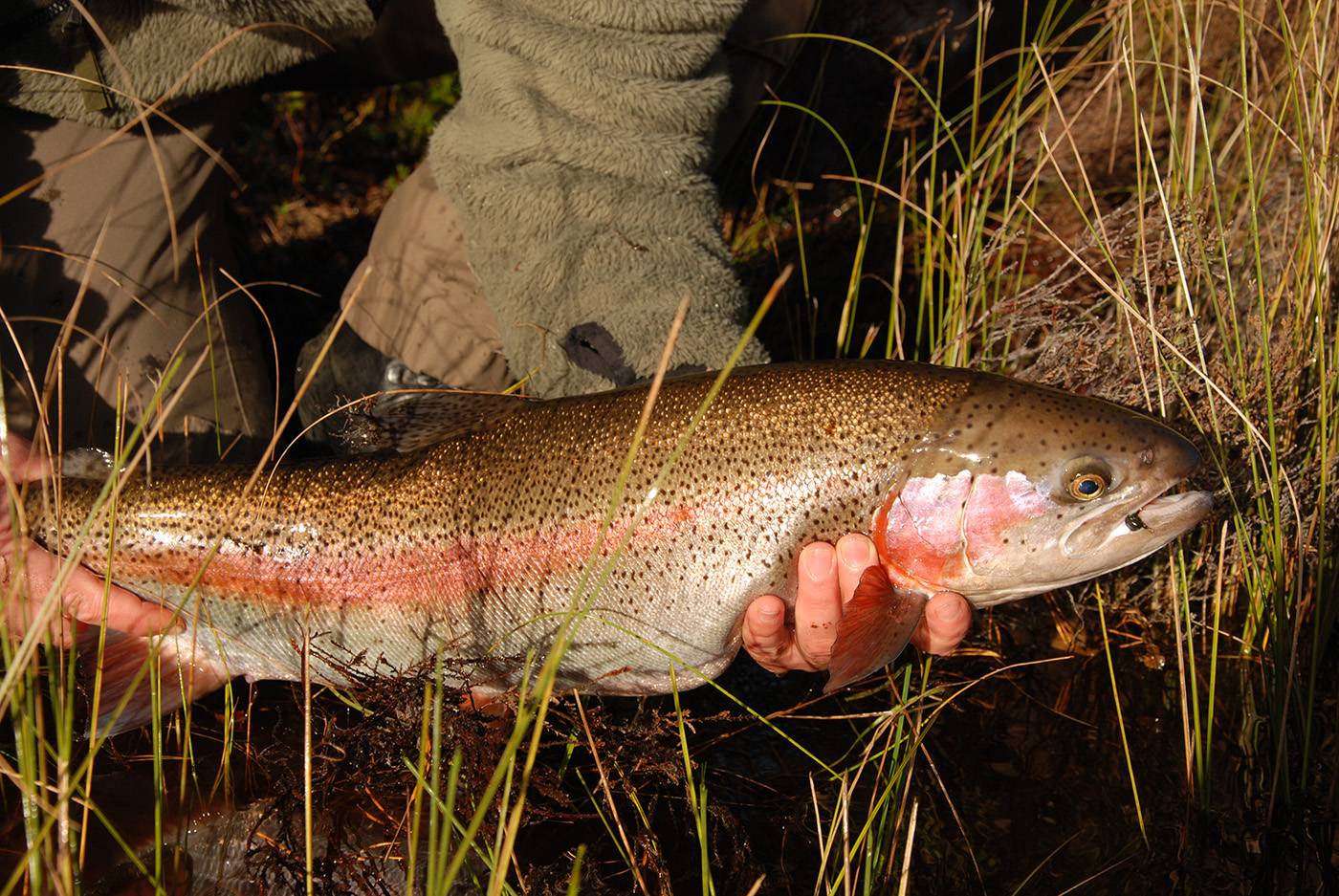 Many terrestrials are heavy and clumsy when they fall on the surface and they sit deep in the surface film. I believe that the rainbows detect this and instinctly know that they’re easy prey.

I’m no expert fly tier, but I can really recommend beetle imitations, They’re fast and easy to tie and even the midge imitations are fairly easy. 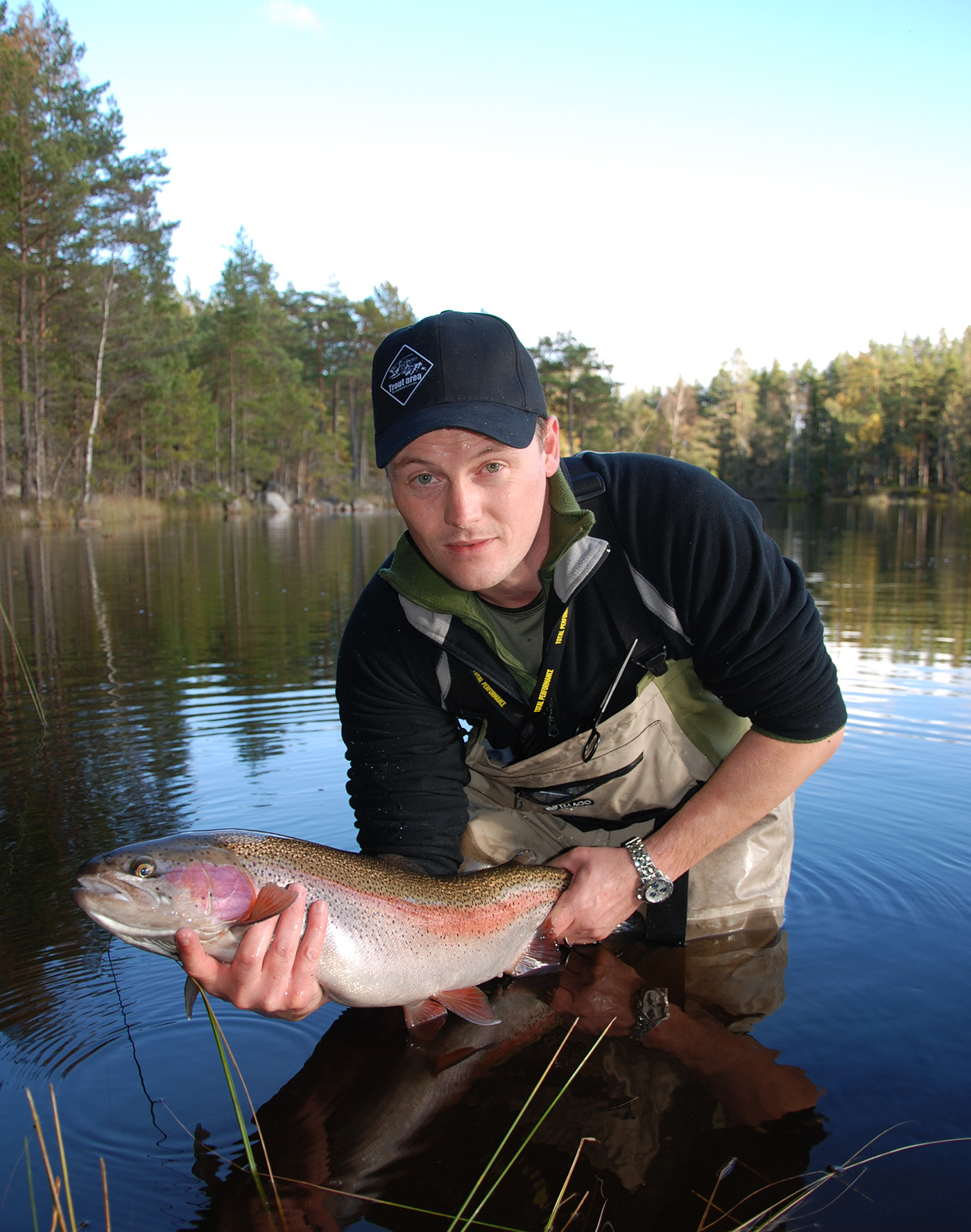 If I were to sum up this fishery with as a Q & A, this would be it:

Q: Under which circumstances would you say fishing a beetle imitation is best?
A: On days with some wind and “wrinkles” on the water, the chance of terrestrials getting blown onto the water is higher. Under these conditions it can be very effective to search out the fish near the shore in the shallows and especially in windlanes.

Q: How do you fish and present a beetle imitation?
A: I fish mine static in the surface film most of the time, but I sometimes impart a little movement to attract the attention of a fish. If the rainbow’s don’t pick up on the presentation immediately, two-three short pulls will often catch the rainbow’s attention. If you see the fish moving in a obvious “path”, for instance straight towards you, splashing down the imitation with some “feel” will often make the fish curious.

Q: When is it most likely the fish are taking terrestrials?
A: When they’re rising in the shallows in the windside, it’s obvious to deduce that insects are falling from the trees and bushes close to shore. 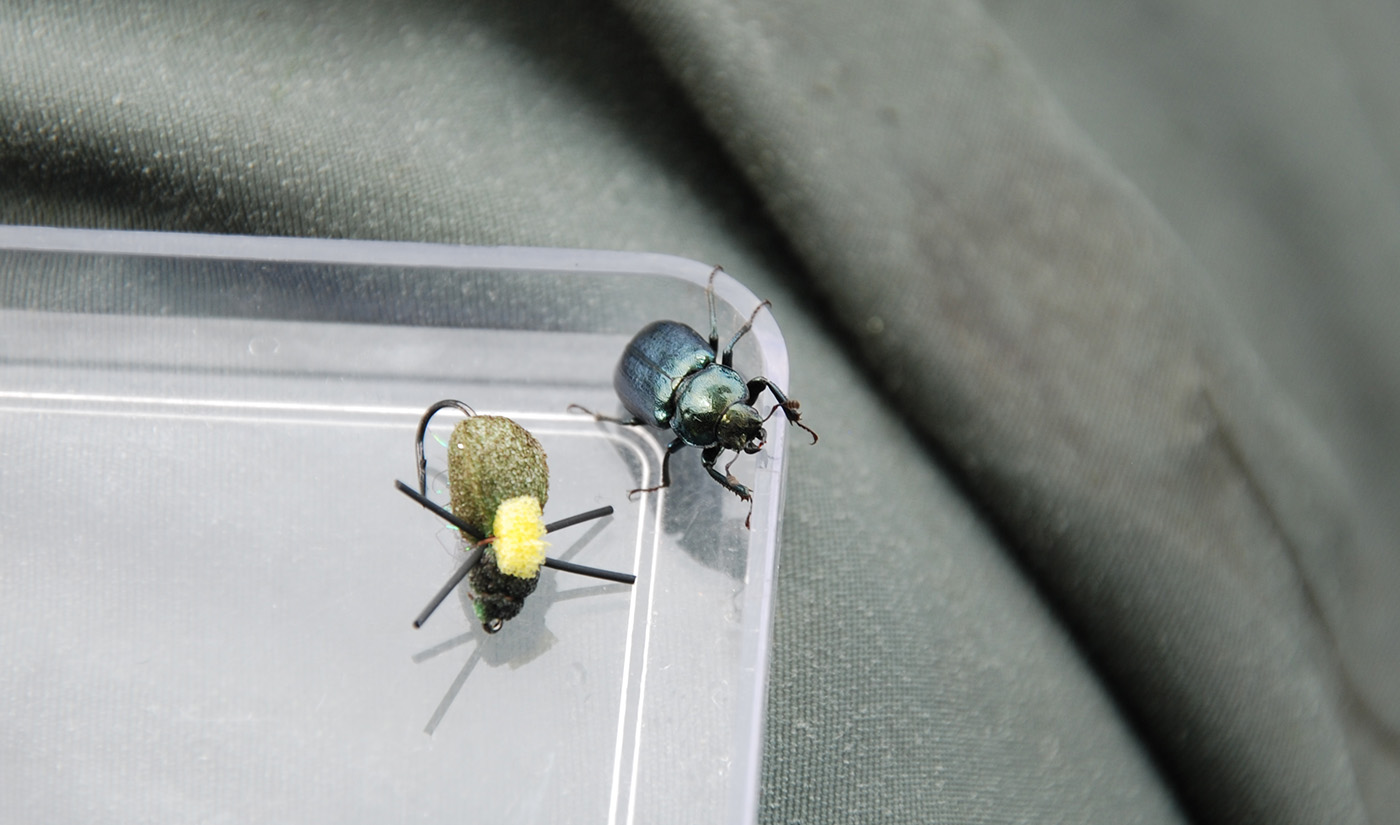 Q: Why do you prefer beetle imitation in the fall?
A: In the fall most insects are slower because it’s colder and they’re a little more clumsy and end on the water more often. I’m convinced the fish know this too and seek them out. Beetle imitations are excellent searching flies. 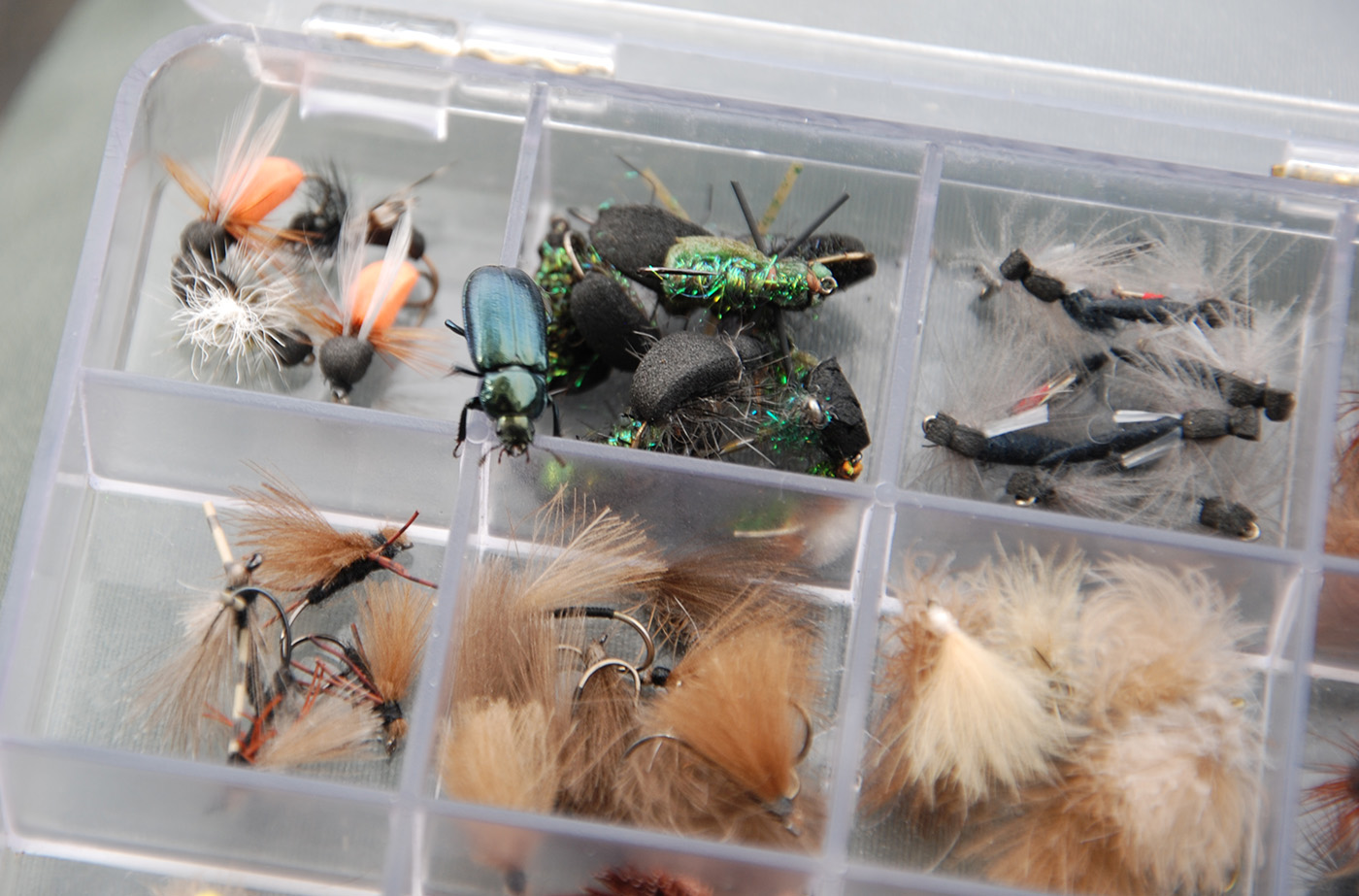