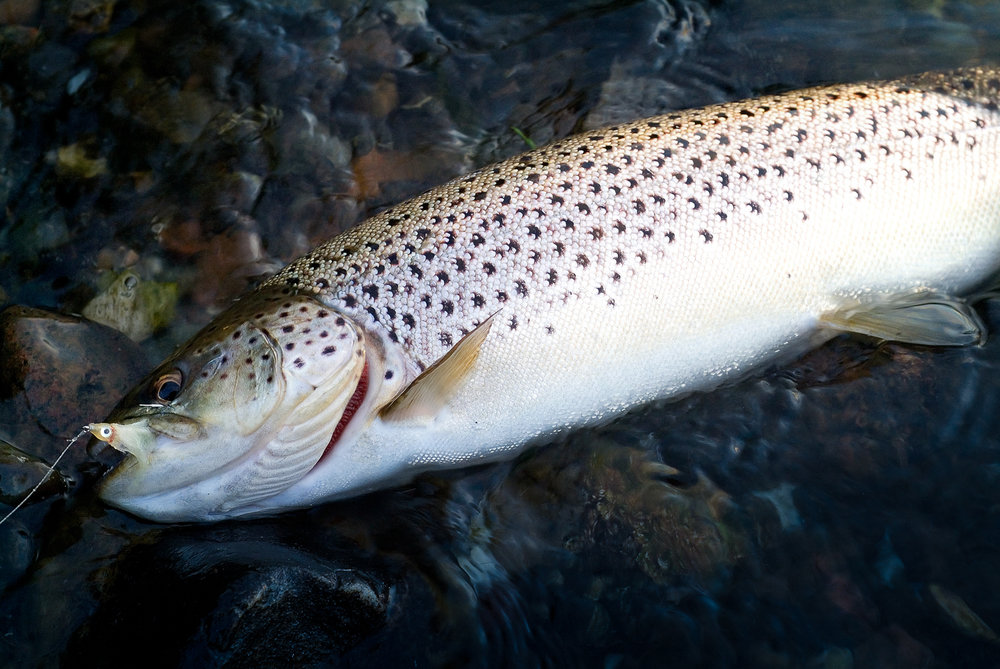 During the last weekend in August a lot of exiting stuff was happening in Sportsfiskeriets Hus (House of Sports Fishing) in Vejle, Denmark.

The Ahrex Hook team joined forces with the guys from Danish fishing magazine, Sportsfiskeren – and we invited 6 creative fly tiers to sit in on a saltwater fly tying jam session.

Just being in the beautiful valley was great. Right outside the door the Vejle River was meandering its way towards the sea. The small brown trout rose to tiny mayflies and caddisflies, and the large seatrout was migrating upstream. We had the most fabulous fly tester running 24/7 :o)

So we did the only reasonable thing you can do, surrounded by so much beauty. We went inside, pulled the curtain tight and tied a bunch of wicked saltwater flies. While the fly tiers were doing their magic, the rest of us made films, photos and research for 13 flies. And some friends made sure that there weren’t any shortage of food, coffee, beer… and whatever it takes to get the job done :o)

During the coming months you can see the result of our efforts – as articles in Sportsfiskeren and films on the Ahrex Hooks YouTube channel/website/Facebook and Instagram profile.

But since you read so far already, you deserve a little sneak peek. Check out this video we mixed together from the weekend.

Some cool things happen, when you hook up with a bunch of tiers like: Mathias Rosenmejer Ibsen, Per Tofting,  Morten Hansen, Henrik Kure Nielsen,  Rasmus Post Ottesen, Daniel D. Holm

A big thanks to you guys for sitting in.

Have a nice weekend everyone :0)