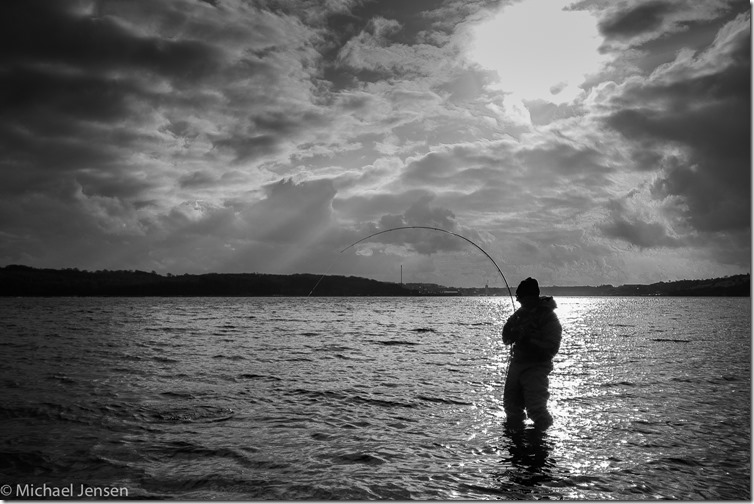 Spring is on our doorstep on the Northern Hemisphere. Here in the southern part of Scandinavia, we have been able to fish open water most of the winter. Some lakes and fjords have been ice locked though, and generally the winter has been colder than usual.

So spring is awaited with some anticipation, and now it seems to be here – at least in our neck of the woods. And the next month or two is going to be hectic.

In saltwater seatrout (sea run browns) are back from the rivers, trying to get in shape again after the breeding season. It is not that hard a task, since the coastal zone will offer up a smorgasbord of shrimps, scuds, baitfish and rag worms in the coming weeks. So fishing usually gets crazy hot in April and May. Most flies will do great right now, since the fish are hungry and not particular picky, but here are a couple of flies that might come in handy. And if you need inspiration check out our Nordic Salt Series hooks. There will be photos and videos on flies tied on most models.

In Denmark salmon season is of to a good start, though most rivers won’t be open before the 16th of April. Some Danish, Swedish and UK rivers are open for fishing though, and Norway will follow later.

Anyway, salmon fishermen everywhere probably experience the anticipation right now. It is time to get your gear trimmed and be ready for the big day. If you need some last minute tying inspiration check out the Home Run Series hooks, for all the same reasons as above.

Have a great season

The new season has started and soon everything will be hot: Pike, musky, bass, perch and a broad palette of fish in fresh and saltwater. We wish each and everyone of you guys a great season.