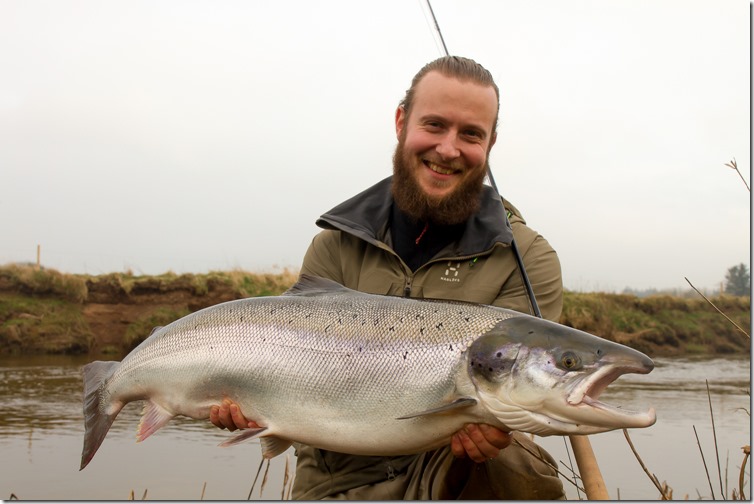 Last week I mentioned the start of the salmon season in Denmark, and since then, lots of silver torpedoes have been landed in the rivers in Western Jutland. Our friend Mathias Ibsen was one of the many anglers, that were out trying their luck in the opening days. 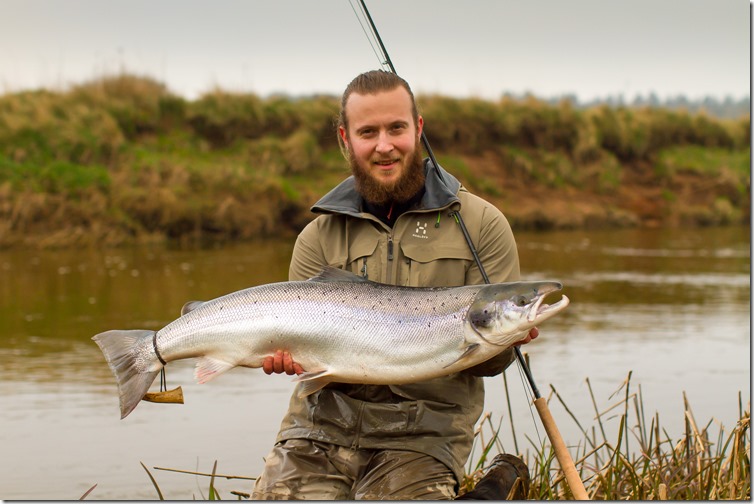 Last year Mathias landed a magnificent fish on 24 pounds on a tube fly, so he was ready to cast and repeat. This year he was fishing the opening day with a bunch of friends. And while Mathias was working hard without feeling that heavy tug – his friend Daniel Schmidt Brodersen hooked up with a salmon weighing 11,06 kilos (24,4 pounds). The fight was tough and brutal. Daniel had to work the fish hard, since there was some submerged timber from an ancient weir right downstream from the place where the large salmon grabbed his fly. All went well though, and one of the other friends from the party, Rasmus nettet the fish. It turned out to be the biggest salmon caught on the 2018 opening day in River Storåen. 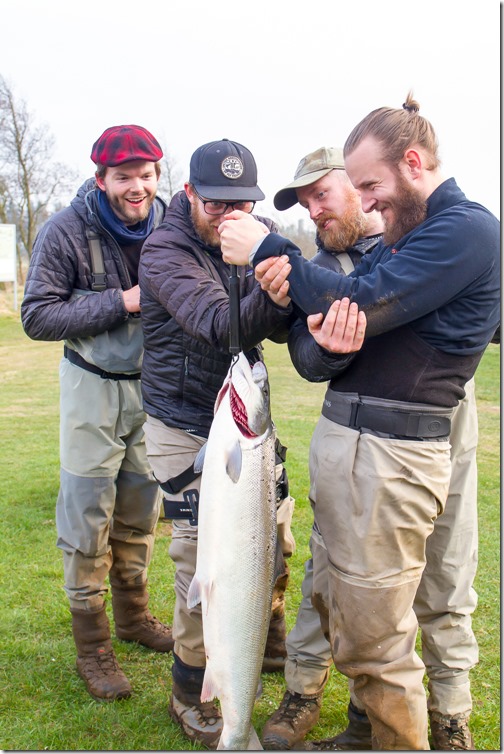 Thanks a lot to Mathias for sharing the story… and the cool pictures – and congratulations to Daniel on the impressive season opener.

If you plan a salmon fishing trip in near future and wanna stock the boxes with some hot flies for the early fishing – here’s a link to the salmon fly playlist on our YouTube Channel.

The days gets longer and soon it’s time for the trout fisherman to consider putting in most effort, when the light is low. The dim light around dusk and dawn offers great potential to hook up with those monsters, that hide deep in the burning daylight. Night fishing is already becoming an option as well. If you wonder about the dress code for your flies for that kind of fishing, here’s a rule of thumb: When in doubt… always dress black ;0)

Leonard Cohen, Johnny Cash, Lara Croft, and the Men in Black have shown the way. Black is always stylish. And for a distinctive profile against a slightly lighter sky it offers maximum visibility. So for those spring evenings and summer nights, you can’t go wrong with the Black Widow Muddler. See a full fly tying sbs right here.