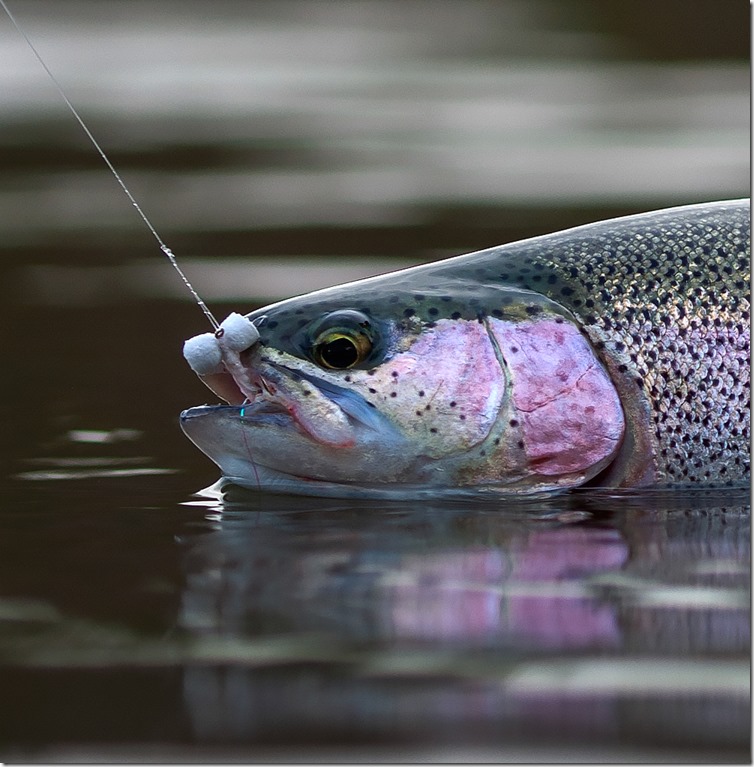 Booby Flies. The name says it it all. These flies are busty… hot and will turn eyes anywhere – in the vice, in your fly box and under water. Fly tiers and – fishermen either hate or love boobs. Trout on the contrary has more of a one-track-mind. They love Boobies to pieces – and I feel the same way about these small morsels. 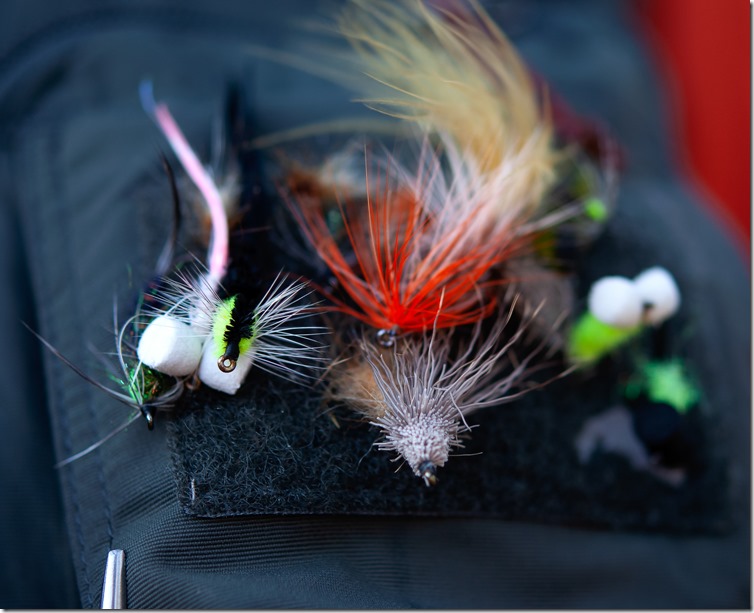 In fact, I like fishing Booby Flies so much that I wrote a book about that some years ago. Since it is top season for swinging your boobs right now, I’ve sampled a few highlights from my book – and paired the text with some of Morten Valeur’s beautiful pictures from an autumn fishing session in Hökensås, Sweden. The fishermen are our very talented Swedish friends Håkan Karsnäser and Peter Alexandersson.

But let’s get down to business. 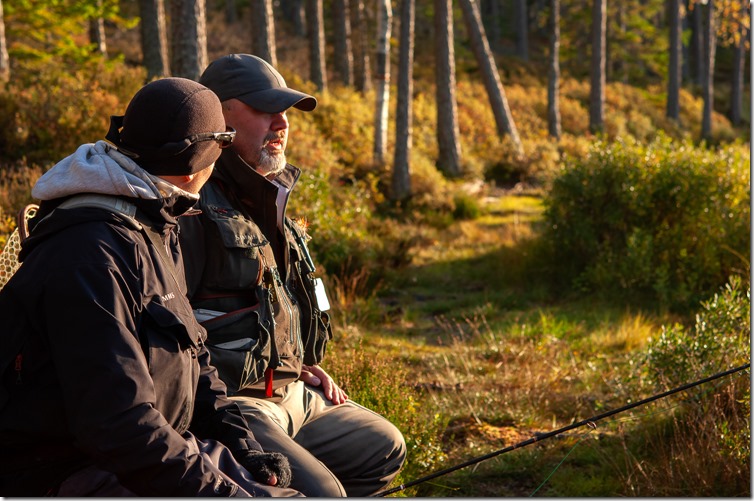 The Booby Fly is not a pattern, it’s a tying style. You can tie most fly patterns in the booby style. Leaches, crayfish, baitfish, nymphs and pupae imitations are easily converted to Booby Flies.

It is the buoyancy of the Booby’s bulbous eyes that give this fly a unique and special action in the water. The use of soft fly tying materials complement the fly’s lifelike qualities.

Fishing the Booby Fly can open up for a lot of new fishing techniques – and it will enable you to catch fish in places you probably haven’t considered before. And even though the name might be silly – the fly is deadly. 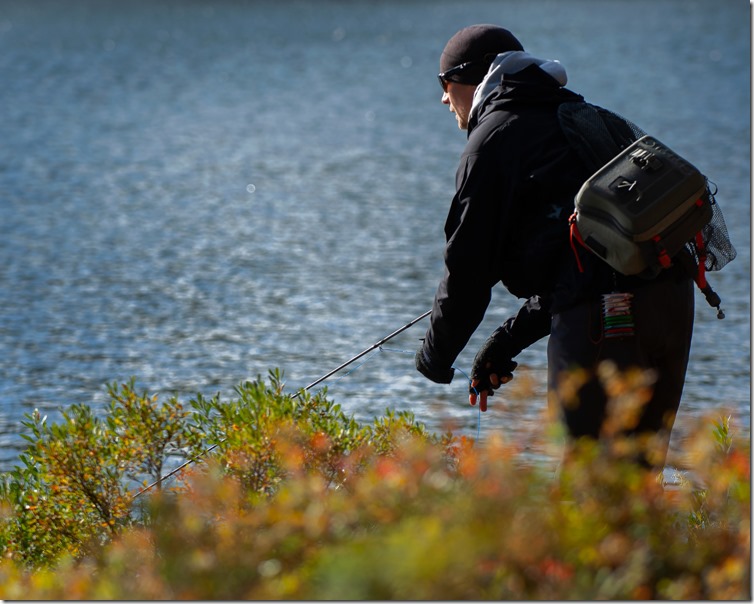 The Booby Fly really excels when you are fishing deep structure – or near the bottom of rivers and lakes. The combination of a sinking line and a floating fly is the most efficient way to fish close to the bottom without hanging up.

This method has been popularized by British reservoir fly fishermen, especially in the winter, where large trout seek the warmer water close to the bottom near dam walls. The Booby Fly proved so effective, that some fishermen chose to leave the rod – while the Booby hung suspended inches above the bottom. When a fish took the fly it often hooked itself, and all you had to do was pull the fish in.

This rather unsporting method caused some fishery owners to forbid the use of Booby Flies. In my way of seeing things the flies didn’t do anything wrong (flies just aren’t that smart) – if anyone… the fishermen did. 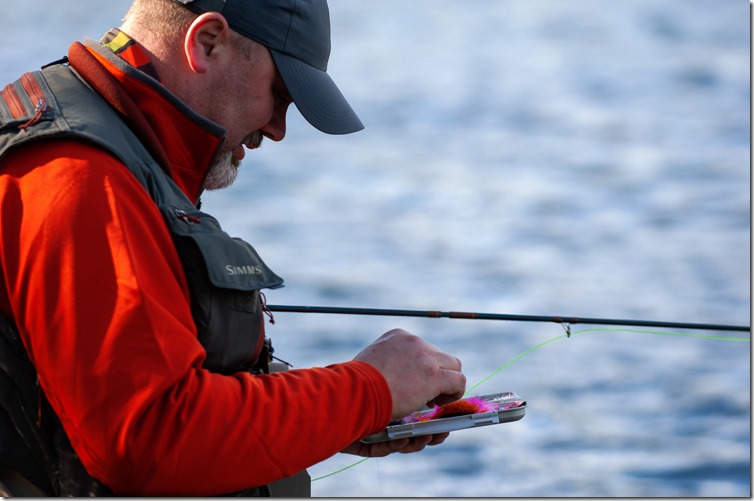 Gordon Fraser – the father of the Booby Fly

It all started back in 1987, when UK Fly fisher and fly tier Gordon Fraser released the book, Mastering the Nymph. Frazer was frequently fishing the reservoirs Eyebrook and Rutland – and in his book he shared his approach to stillwater fishing.

In his book Gordon explained how he fished the Booby Fly on a sinking line, and with a couple of ordinary buzzer flies as droppers. He had the whole concept in place: The bottom dragging line/floating fly idea. He wasn’t the first angler to use a buoyant fly. He might have been inspired by flies like Richard Walker’s Rasputin, Steve Parton’s Rassler and Bob Church’s Floating Corixa. All of these flies were designed for the sinking line/short leader approach. But they didn’t have the catchy name, and they didn’t get the tremendous success of the Booby Fly.

In this video, I provide more info on the Booby Fly – and Gordon Fraser’s and my own book on the subject. I will probably have to give you a nerd alarm up from. It gets pretty nerdy ;0)

Håkan Karsnäser ties his Booby Damsel in this one. Danish readers can find an article by Peter Lyngby on Håkan and his Damsel Booby in the latest edition of Danish magazine, Sportsfiskeren. See the video right here.

And in case you get addicted to boobs – here are more videos:

Let’s get those Boobs out. Have a nice weekend :0)