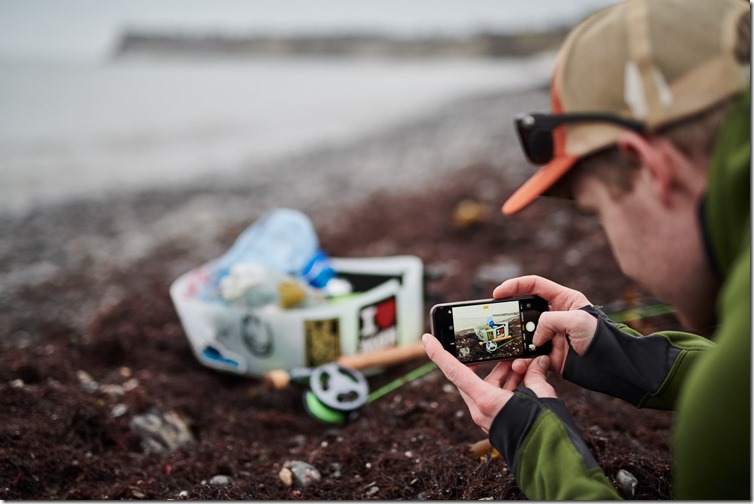 Being fly fishermen each and every one of us depends on unspoiled natural resources. The fish we hunt need clean rivers, lakes and oceans – and we sure do as well. Yet each day mankind do a great job of spoiling the planet. I guess many of us do the best we can, to counteract the decline – through river restoration projects, recycling fishing tackle – and trying to make good choices as a consumer and earthling ;0)

We all talk about these problems. But sometime it’s hard to see what you can do as an individual – and maybe you don’t really feel, that you can make a difference. Well, I’ve had a talk with a guy, that feels that we all can do our part. And he has a plan for that as well. 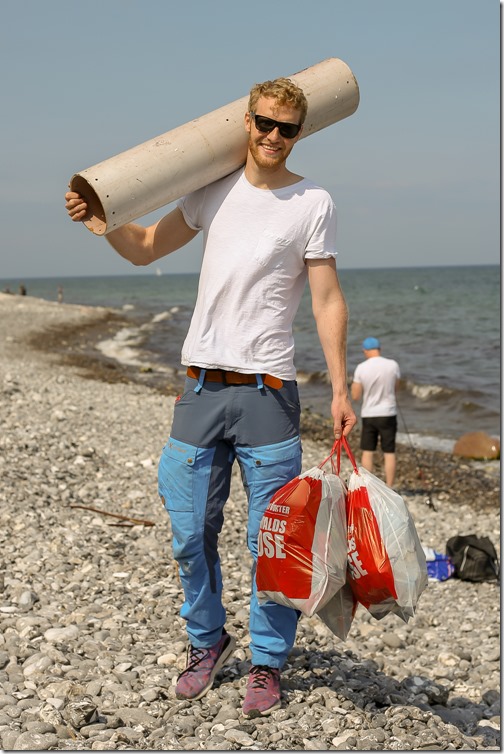 Traces of human activity are found along coastlines all over the world. One of the most visible elements of this pollution… is plastic. On the coastline surrounding Denmark the plastic piles up everywhere. After a storm some coastlines can be a mosaic of colours – that really doesn’t fit into the otherwise impressive landscape. And that problem isn’t local. It happens all over the world. Nikolai explains:

“Researchers have determined that between 8 and 10 million tons of plastic are dumped into the sea each year. As a result, more than 90% of all seabirds have plastic in their stomachs. These numbers are frightening enough – and the amount increases year by year along with the growing world population. Much of this plastic comes from plastic bottles, disposable plastic such as straws, shopping bags and wrapping film. After a plastic bottle enters the sea, it slowly starts to decompose. However, the worst thing is that the plastic doesn’t disappear. It breaks down into what are commonly referred to as microplastics – almost invisible but common everywhere in the sea. Most remain in upper layer of water where there is a risk that they will be ingested by birds, prawns and small fish. The small fish are then eaten by bigger fish, which ultimately means that the predators at the top of the food chain accumulate large amounts of plastic. So when we catch a sea trout, sea bass or other saltwater predator, there is a good chance that it contains microplastics.” 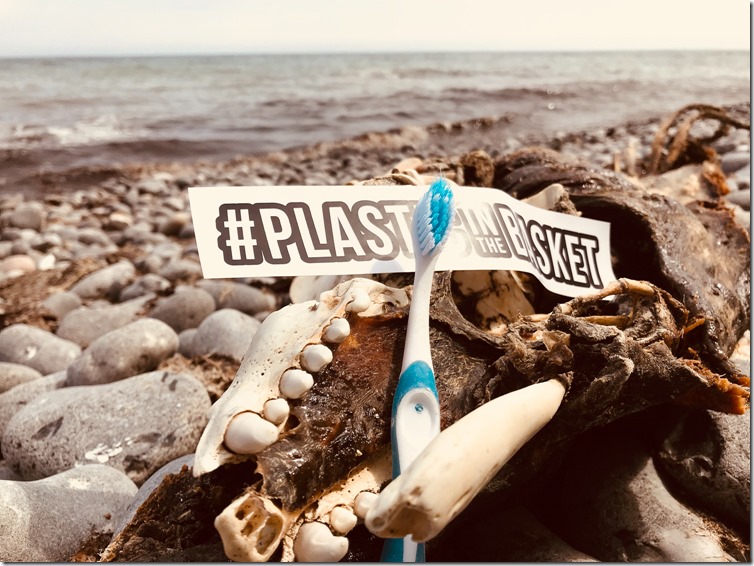 Short duty – but a lasting problem

The problem is that plastic, compared to other… more organic forms of pollution, creates a lasting problem isn’t it, Nikolaj?

“Exactly. A plastic bag has an average functional life of about 15 minutes. In the United States alone, 500 million straws are used every day – EVERY DAY! Even though it actually is possible to drink liquids without them. Plastic came into existence in 1907 – and none of the plastics that ended up in the wild since then has decomposed. It takes approximately 400 years for a plastic bottle to decompose, for instance. In contrast, the same process takes two weeks for cardboard, six weeks for a newspaper and 200 years for a beer can.”

You and some friends had an idea, that allows anyone to help reduce the problems created by plastics. #PlasticInTheBasket is fast gaining popularity and effect. To me it seems like a great project, that is turning from a cult into a movement.

“Hopefully. The hashtag #PlasticInTheBasket came to life on a fishing trip. It had been a good day with a few fish in the bag, but on the way home, the shore became colourful. Red, blue, green, transparent and dirty fragments of plastic were scattered up and down the coastline. Comprehending what our beautiful coasts are being subject to was a terrible realisation. As anglers, we wanted to do something, but all we had with us was the stripping basket we used for fishing. It turned out to be perfect, though. In less than five minutes, the stripping basket was overflowing. It held about two kilos, but hundreds of kilos were left behind on the shore. What else could we do? After a few moments’ thought, we decided to share our frustration on social media. This resulted in the hashtag #PlasticInTheBasket. Shortly afterwards, the idea was liked and shared many times. 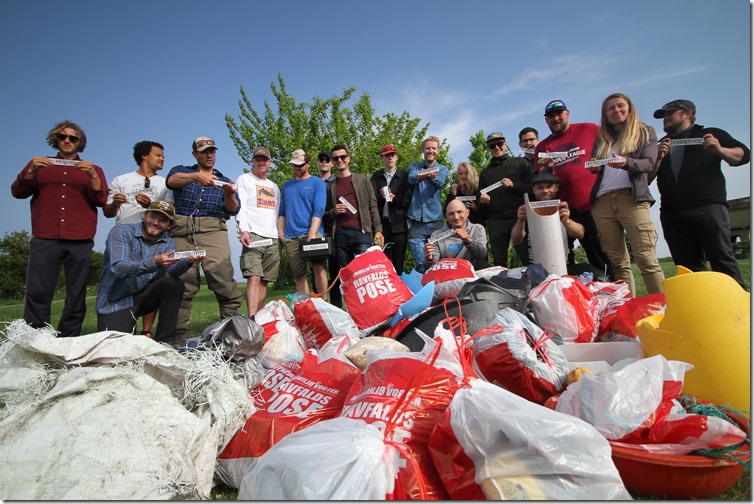 And I guess you don’t have to use a stripping basket – to join this movement… and make a difference?

“Of course not. Use whatever is at hand: Your pockets, a bucket… or the first plastic bag you come across. Anything will do. Let’s clean those beaches. If anglers and the general public want to make a difference, collecting plastic must become as natural as breathing.”