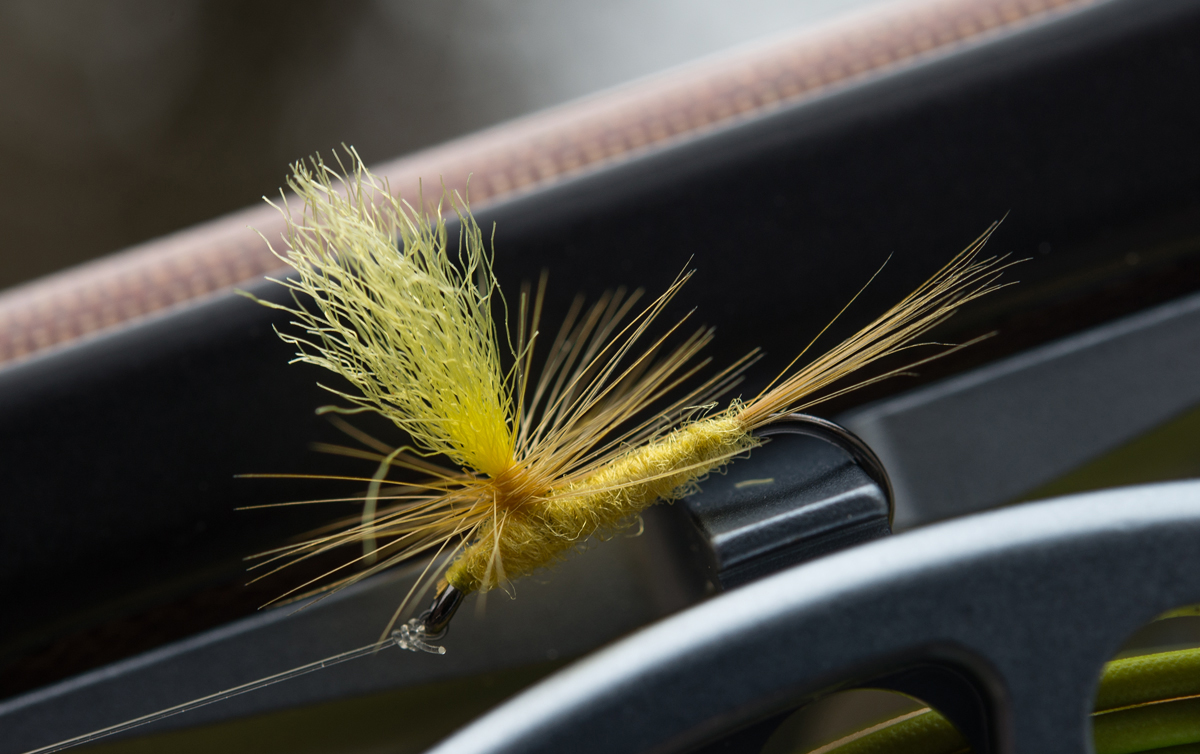 Dry flies have one thing in common – they all float. Some float because they are tied of buoyant materials (foam hoppers for instance), some depend on chemical help in the form of a silicone floatant and some are designed to partially float (emergers and of course the legendary Klinkhamer Special). And finally, some are tied so they rest on the surface film as a result of their dressing.

Parachute dry flies are some of the most effective for different reasons. First of all (we are talking dry flies) they float well. The horizontal hackle provides are large contact area with the surface meniscus, which means that for very critical presentations, you can float the fly 2-3 times over fish without the use of any floatant, which sometimes can spook very selective fish.

Parachute flies also imitate quite well. The horizontal hackle does a good job of imitating the legs of the dun on the surface, and also provides a more unobscured view of the wing.

Parachutes are versatile and can imitate almost any insect. Usually they are used in imitating upwings, but there are several creative caddis patterns that also make use of the parachute technique. You can check out how Håkan Karsnäser ties one of his favourite parachute here (Swedish speak):

There’s really no limit to how small you can tie them. Small flies tend to work best when tied sparsely and again the parachute hackle is a great advantage. As the fly rests on the entire length of the hacklefibre, and not just the hackle points as on a traditional dry, you can often get away with using just 2-3 turns of hackle, keeping the dressing sparse.

Parachute flies are not difficult to tie, even though many seem to think so. Take a look at the videos linked above, or some of the myriad of other videos on YouTube, and have a go yourself. When it comes to imitating specific hatches, that becomes very easy once you’ve mastered the basic tying technique. Since a basic parachute is tied with hacklefibres for tail (just use the same neck you use for the hackle itself), some dubbing, a little polyyarn and a hackle, all you need to do is change colours to suit. And with a little practice they take 5 minutes to tie, and are quite durable.