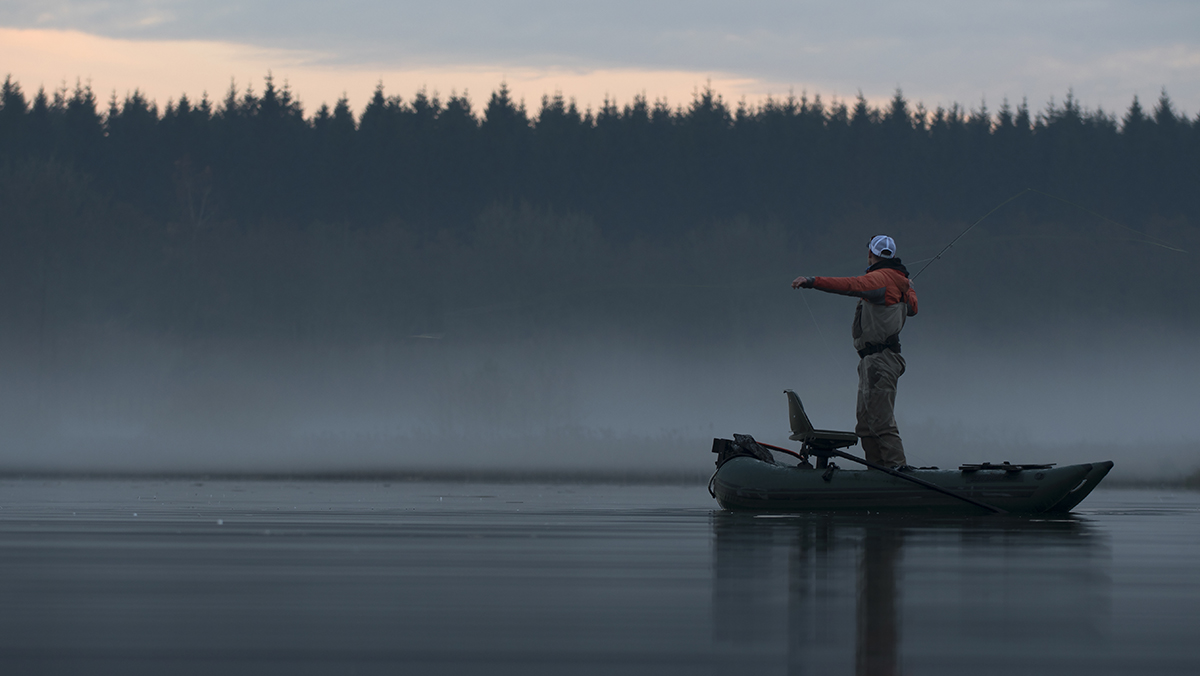 As the water continues to cool down, an age old debate tends to heat up. In southern Scandinavia we’re blessed with many flyfishing opportunities all year round. The first factor is of course that fishing is allowed and the next that waters are ice free, but if both are the case the flyfisher has many choices. Fishing for sea run brown trout – in the sea – is as close to a “national fishery” as you’ll ever get in Denmark, but also pike fishing in the lakes (and some river systems) is open during winter and with that also perch fishing. 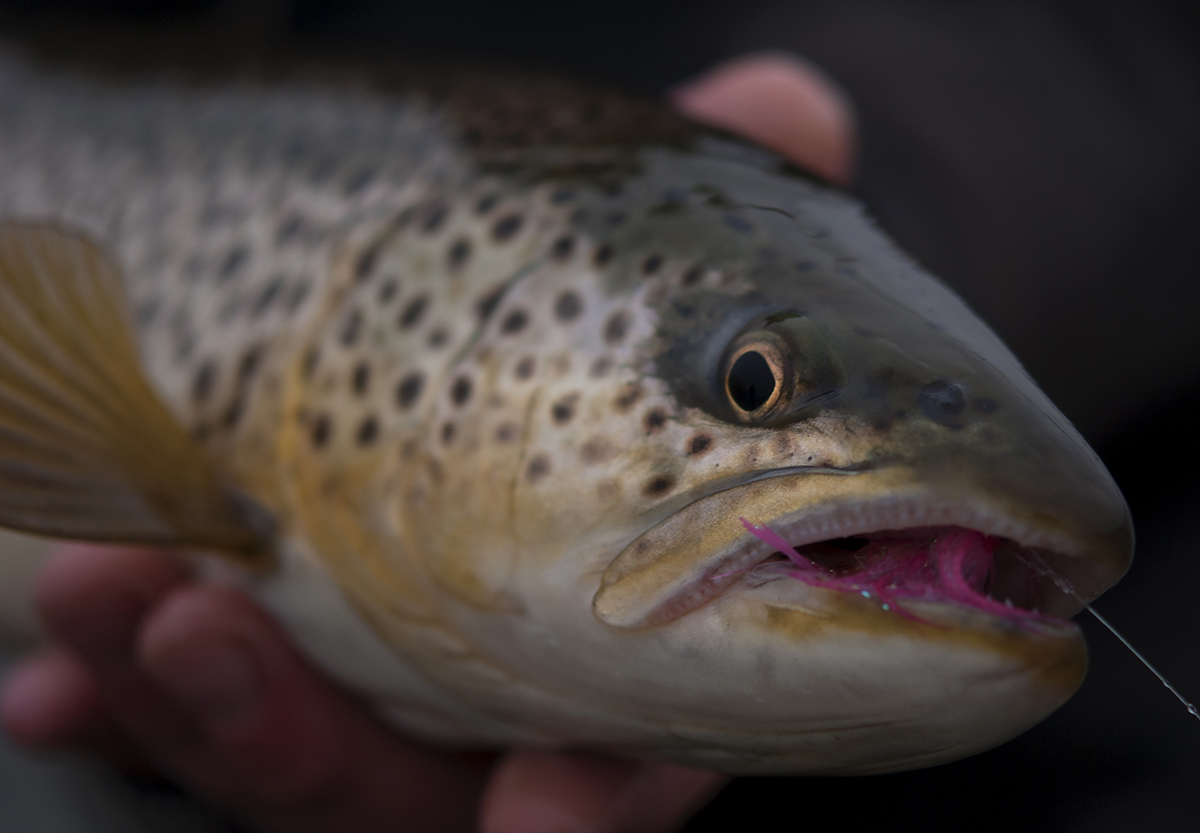 Fly choice is of course the age old debate I’m referring to. I think it’s important in outlining the stand points in this debate to ascertain that we are fishing for predatory fish that are feeding. I think all can agree on that much, but then it’s decision-making-time. Do you tie on an imitation or do you tie on a provocation? Pink flies are very popular in southern Scandinavia when the water cools down and the fact that they are very effective is impossible to overlook. But does the pattern really matter when you’re tying pink flies? Is a simple, pink palmer fly as effective as for instance the more elaborate “Pattegris”, which goes a long way to imitate a shrimp – even though no shrimp as sea trout has ever seen has been cooked? 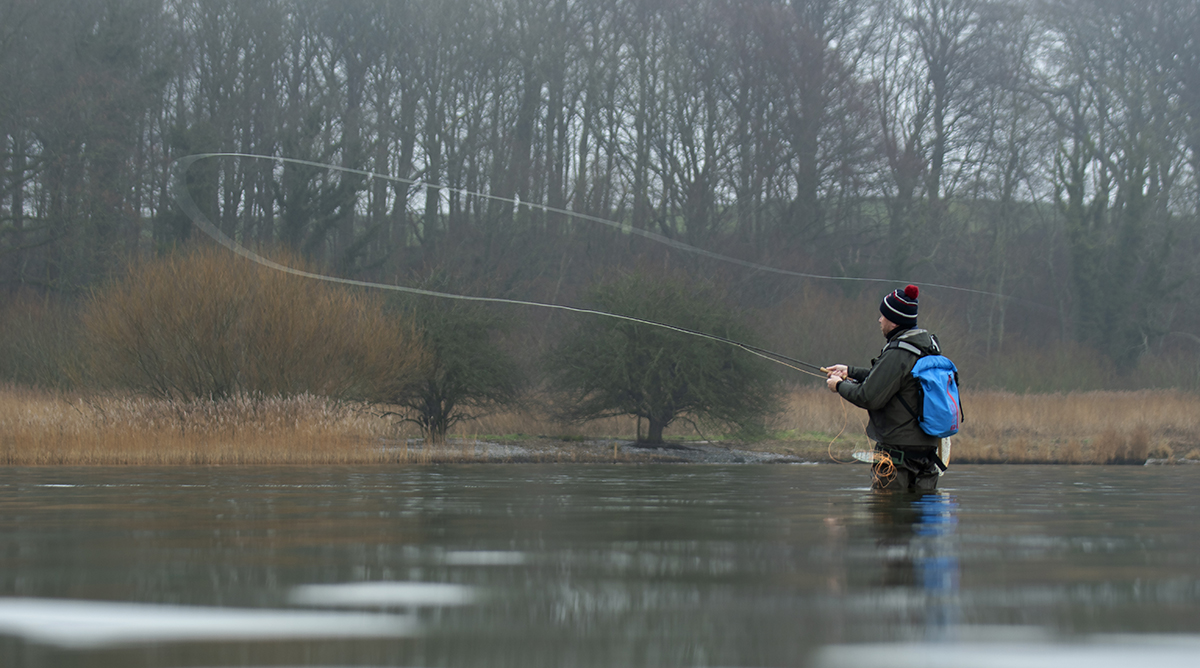 There’s one determining factor that always has to play the most important part: Will the fish see the fly? If you’re fishing pike in murky water, a big black fly is more visible that even the best roach imitation and may for that simple reason be a better choice. In really cold water, sea trout sometimes get really selective and feed primarily on mysis (very small crusteceans), and if conditions allow it, I’ve always had best success fishing a small imitation.

Our friend Mathias Rosenmejer show how he imitates mysis here:

My approach is a little different and can be seen here:

The common denominators here are small flies in realistic colours. But if the water is murky, these might not be the best choices and a small pink or black fly might be a better choice. I do think it’s important not to throw in a big, black Wooly Bugger – even though the fish will definitely spot it easier, but I find that once they’re keyed in on something small, they respond best to something small.

But that doesn’t change the fact that many sea trout will respond well to a sandeel, even in winter. Before one gets to buried in imitations and prey behavior and seasons, it’s important to remember that sea trout, pike and most other predatory fish are opportunistic feeders and when they on the hunt, they’ll probably take almost any fly. Does it then make sense to equip for instance pink flies with legs and eyes to make them look like a shrimp, or big eye at the front as a small prey fish? Yes, I think it does, because for instance long, mobile legs and visible eyes are important triggers. That’s why Daniel Holm ties his pink “Turbo Flame”:

with big eyes, even though there are very few pink fish in the sea. He combines visibility (pink colour and flash) with a known shape and triggers in the shape of eyes.

It’s impossible to draw any conclusions as to what’s the best approach. I go both ways and carry both pink provocateurs in the box as well as imitations of mysis, gammarus, sculpins and other prey active during the winter months. I know what I find most satisfying, but I’ll always keep an open mind and if there’s one thing I’m certain of it’s this: If something isn’t working – do something else. Change fly, fish deeper, faster, slower or even some where else and keep moving.