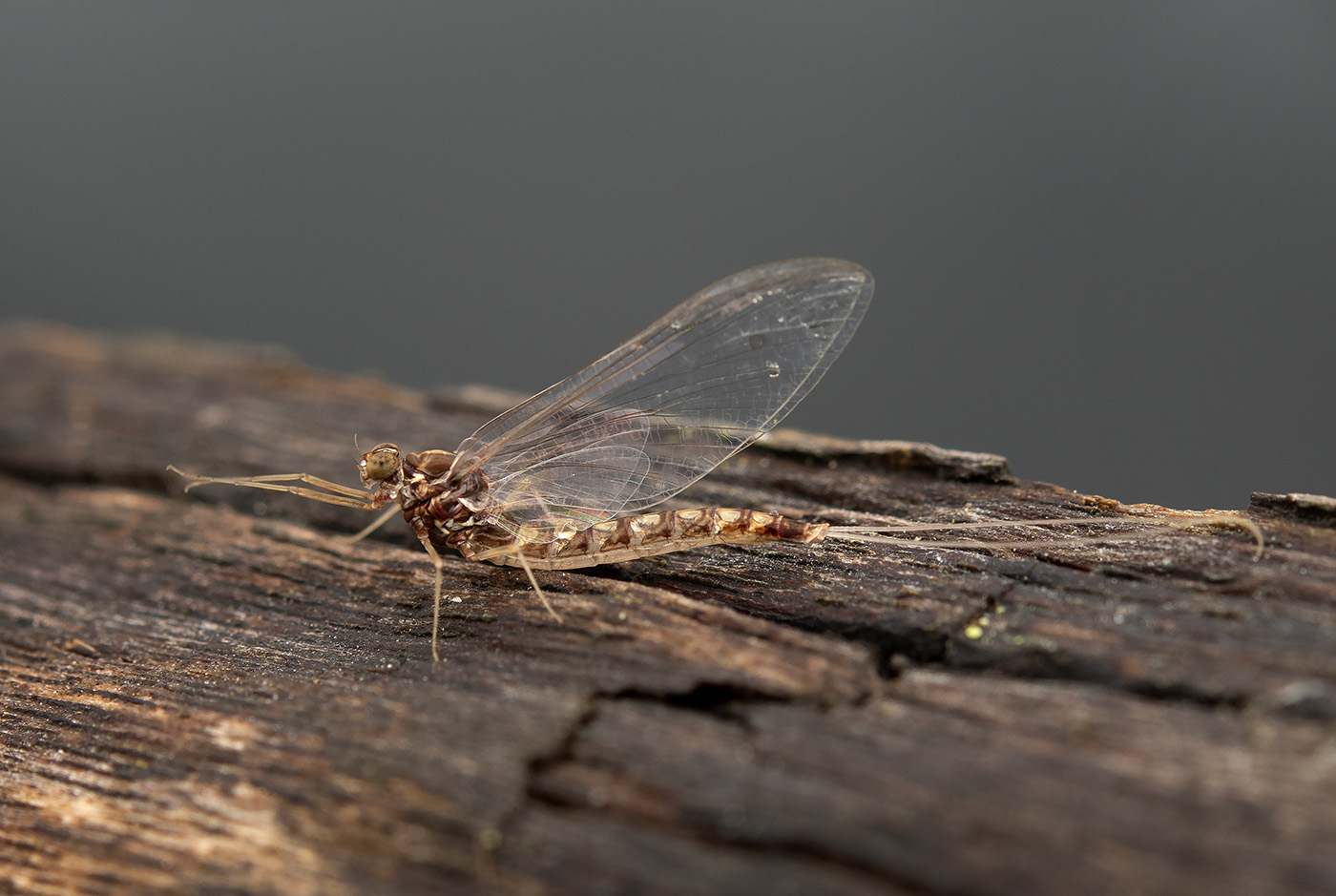 The perfect may fly imitation has haunted fly fishers, probably since the dawn of fly fishing. At least we know that as modern dry fly fishing evolved on the chalk streams of southern England in the late 1800s (with Marryat, Halford et al.) the development has never seized. 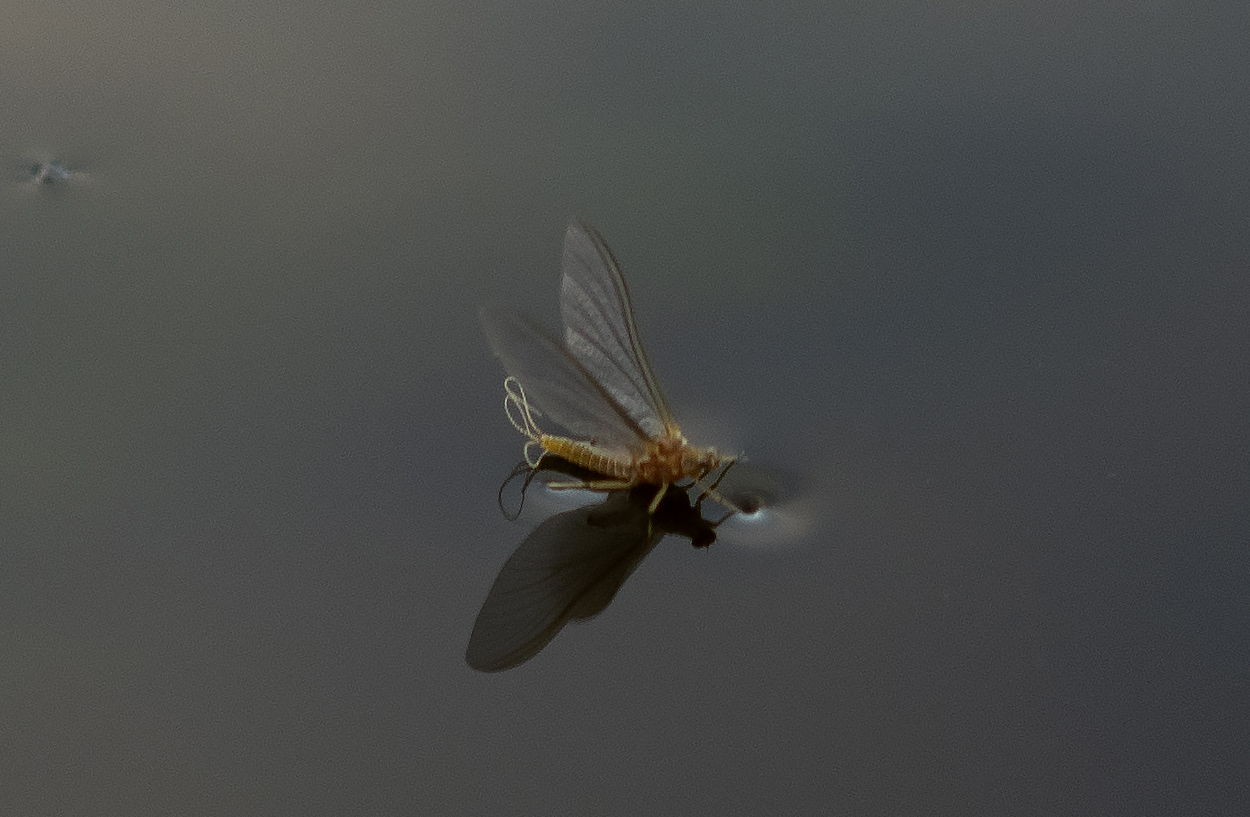 There are several different styles of imitations: The traditional tail-body-fronthackle, the same with added wings of either feather slips or hackle tips, parachutes, no-hackles duns, extended body duns, foot print duns, (and probably a few I’ve forgotten) and then there are the burned wing duns.

I first read about these in Lennart Bergqvist’s now classic book, Flugbinding – på mitt sätt (Fly tying – my way). I really liked the look of them and I tied up so many the first winter after I got the book. I was primarily fishing parachutes at that time, and I have to say that I was somewhat disappointed to begin with. Because it has to be said: These flies have one major draw back: If cast with too high a line speed, most will twist the leader in a few casts. Especially the bigger ones and especially in windy conditions. But that doesn’t mean that we shouldn’t have them in the box and fish them under the right circumstances.

Because they also have some advantages. They’re quite easy to tie. The offer a very fine profile, both from the side, from below and seen from in front.

There are basically two ways of tying them. One is to burn two separate wings (typically from feathers) and tie them in. These can then be equipped with a standard hackle or a parachute hackle.

Another allows for the use of other materials, and was introduced to me many years ago by Danish fly tier, Dennis Jensen and his father, Richard Jensen. Dennis and Richard (Richard unfortunately not with us any more) are creative fly tiers with many novel ideas. This technique of their’s allows for the use of synthetic sheets. Here you burn the two wings in one piece. Richard and Dennis were/are aware of the leader-twist-issue and when they showed it to me, they said that choosing a material that allowed air to pass through seemed to reduce the problem a little.

Tiemco makes a special wing burner that’s perfect for this purpose. Place the material in the “clip”, trim relatively close to the edge of the “clip” and burn the edges to seal them and prevent from unravelling. The Tiemco is fast to use and burns a nice profile.

Whether you use the Tiemco wing burners or the “classic” ones to create this one-piece, symmetrical wing, it’s easy to tie the fly. Tie in tail and abdomen as usual and now make a loop of thread exactly on top of the hook shank. Tie in hackle, dub thorax and wind the hackle forwards and tie off. Now fold the wing around the thread loop and carefully pull it down, exactly on top of the thorax, keeping the thread loop tight, and secure at the hook eye. The tiniest dab of super glue secures the wing to the thread.

Tie some and cast slow – I’m sure they’ll perform well for you some day. 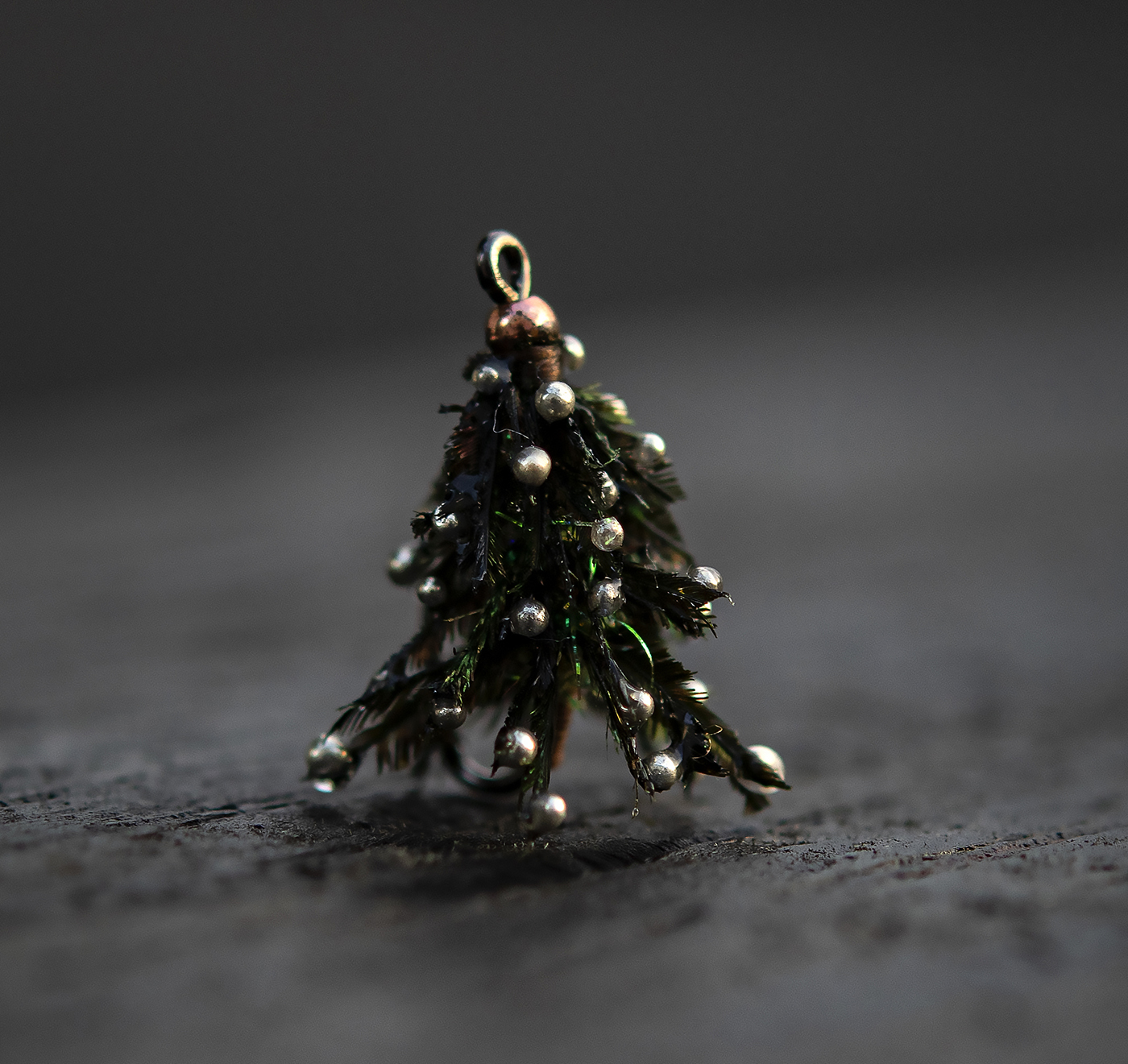 From the entire Ahrex Team, a very Merry Christmas to all of you!