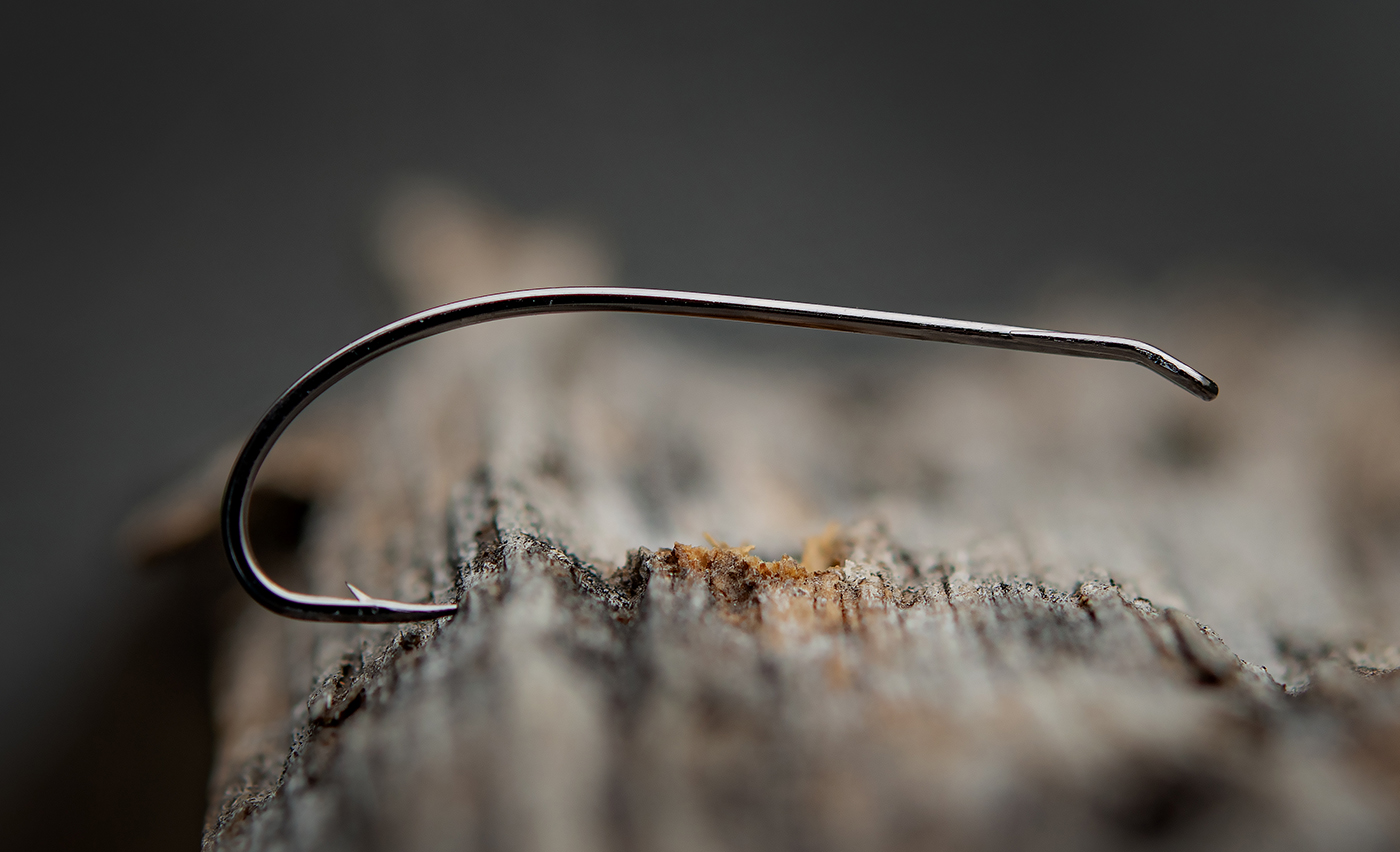 It’s hook launch time – again! We’re come close to ending 2020 (I think most of us look forward to that), but we decided to just go ahead and throw a proper New Year’s Bomb(er) to you.

We’ve been working with prominent and well known fly tyer, Steve Silverio, for quite a while on a hook, specifically designed for the iconic dry fly Bomber-style for salmon. But as Steve says, don’t limit yourself – it’s quite a versatile hook. Steve was kind enough to write a piece on the history of the Bomber and the hook, and of course his approach to our version of it. Here are Steve’s words: 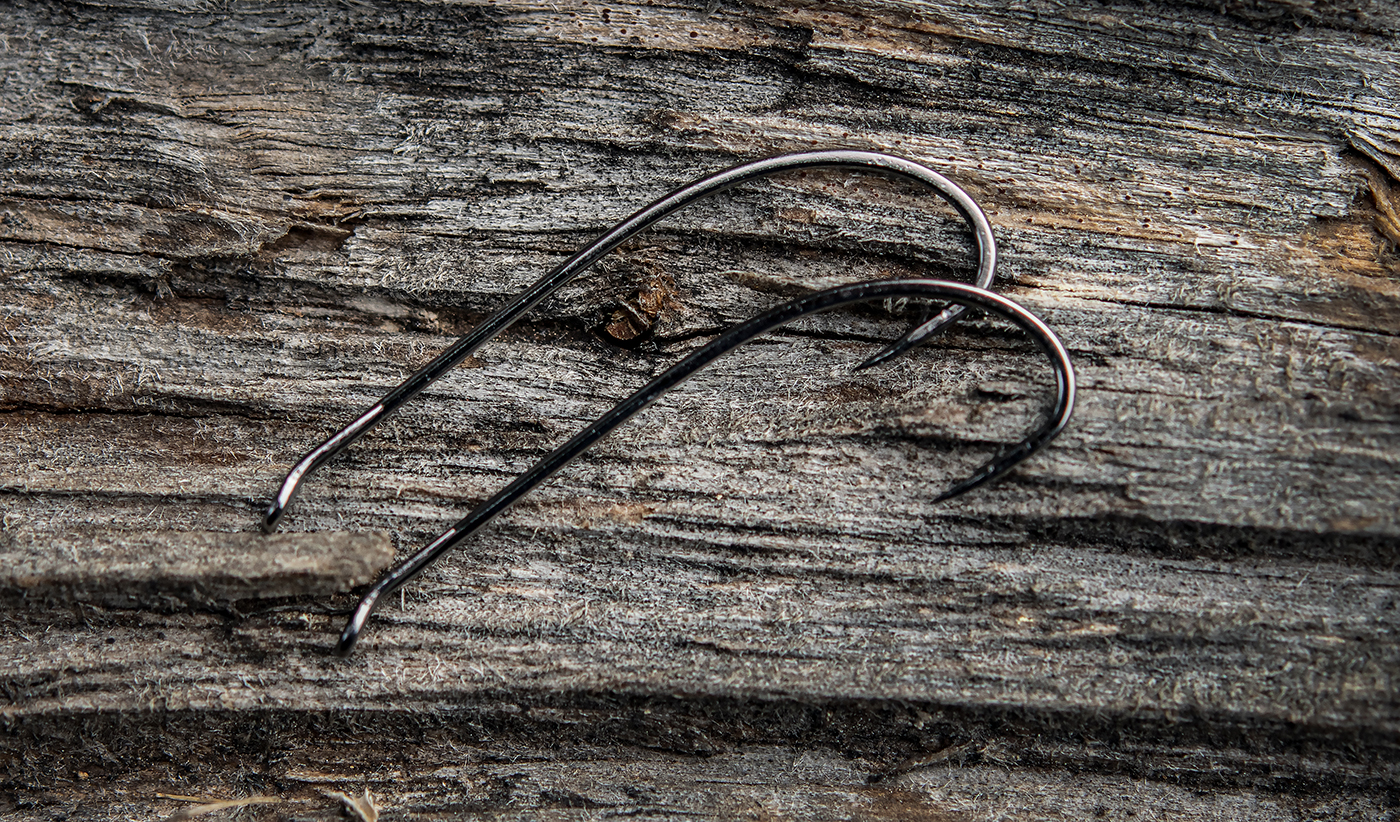 “Long regarded as the undisputed king of salmon dry flies, the Bomber is the high-flying aerial ace that has earned its unique place among other notable patterns in the salmon fisherman’s fly box.

Coming from more humble surroundings, the original “commotion fly” was the brainchild of the Rev. Elmer Smith, who borrowed the basic design from a clipped hair mouse, which had proved extremely successful at taking sea-run brookies. The Reverend surmised that a pattern of his creation would be also effective at taking topwater salmon. Years and several hundred variations later, the Bomber in all its hybrid forms, has delighted longrodders and continues to prove an effective fly for a range of kyped creatures from salmon to steelhead.

While variant patterns abound, the Bomber can be divided into two basic styles. The original design of Reverend Smith, which was popularized by W.W. Doak & Sons, features a single wing and tail, with a tightly packed body close-ribbed with hackle. The Quebecois design which shows the strong influence of the noted American salmon dry fly tier, fisherman and guide Lee Wulff, is essentially a combination of a bi-wing, heavily collared and a sparser clipped body and tail, with longer hackle intended to support the fly.

Though the two styles are often interchangeable, the design differences are indicative of the waters in which they are fished. The Doak style is favored in Eastern tannin-stained salmon waters, or in the turbulent steelhead rivers of the West where the fly can be skated or riffle-hitched to great effect. The Quebecois design, with its forward-facing wings and lighter body, is perfect for launching long arching casts that allow the fly to gain hang time over salmon resting in clear pools, landing as a natural and fished like a trout fly.

Needless to say, with the rapid rise in popularity of the bomber, a specific salmon dry fly hook was called for. It had to be light, but strong with the ability to hold purchase in the jaws of a leaping, cartwheeling salmon and have enough shank length to provide a base for the clipped hair body design. Enter one John Warren Duncan (1948 – 2007), “Dunc” to his friends, a prolific salmon tyer from New Brunswick whose fame at not only the precision and style of his dressings but also his incredible speed, soon gained him a prominent position in the realm of the great Canadian salmon fly dressers. His many pattern creations have stood the test of time and are still popular today. However, it was his collaboration with the late, great Alan Bramley, former owner of the Partridge Hook Company of Redditch, England that resulted in the development of a unique salmon dry fly hook, specifically engineered for the bomber design.

Recreating that lost hook for the modern tyer was the design challenge that I was asked to collaborate on by the people at AHREX Hooks. Our goal was to produce a light but strong wire, micro-barbed hook with a gape deep enough to spin a clipped hair body and have plenty of bite clearance. Returning to the original strength of the down loop-eye design, the hook was also given a deeper more elegant sweep with a deadly beak point for added holding power. The black nickel finish provides a strong, lasting coating and extremely smooth tying surface. With a projected size range of #6 – 1/0, the hook can easily accommodate a wide variation in styles and patterns to fit the river and the season.

This hook pays tribute to the history of this iconic fly and to the men who, through their efforts, have given the thrill of taking salmon & steelhead on a dry fly to anglers worldwide.”

We wish to thank Steve for collaborating with us – we believe this enabled us to make the perfect Bomber hook. We hope you like it!

This is the last blog before Christmas, so let me end with wishing you all a Merry Christmas!