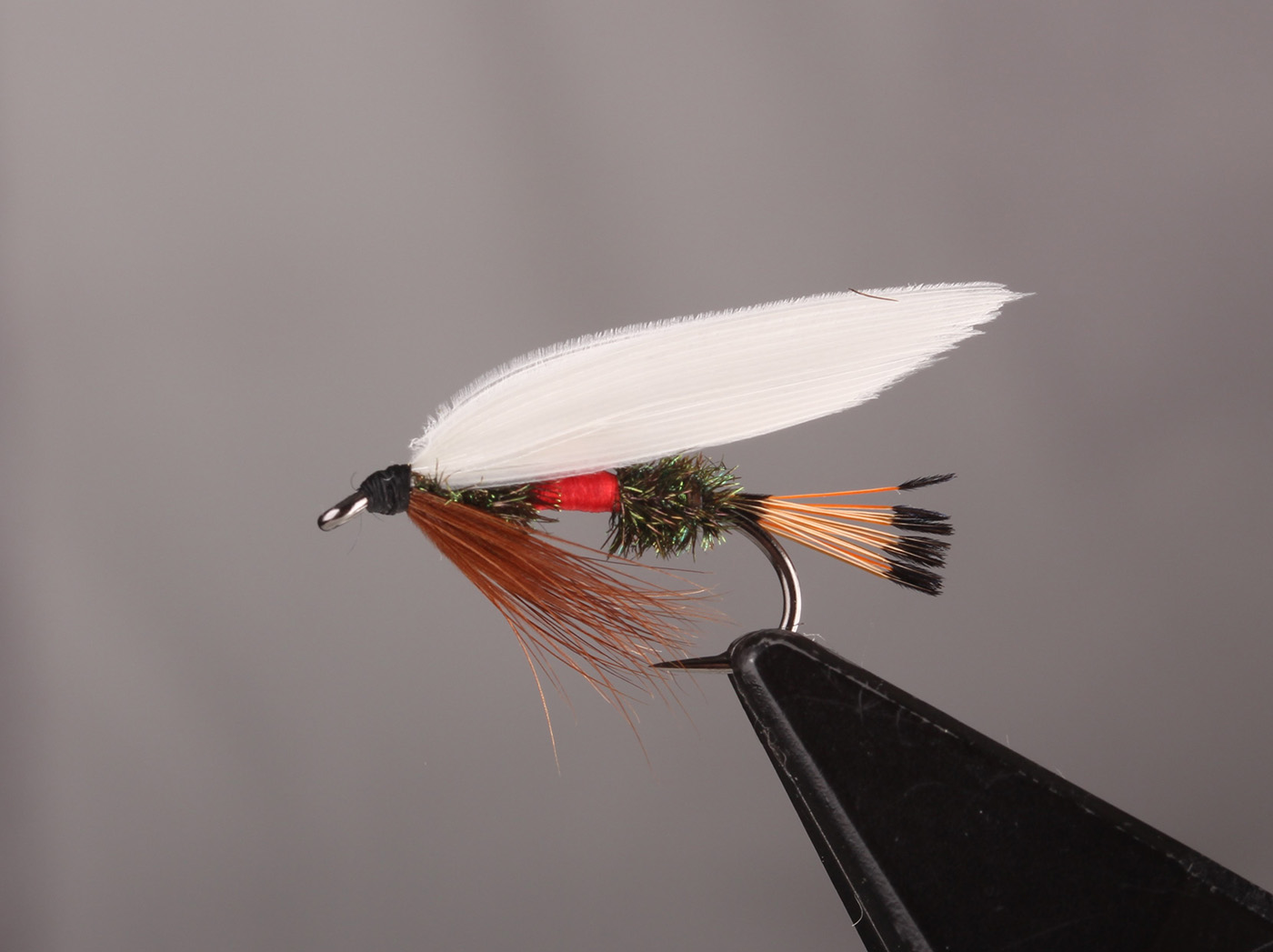 Another of those quintessential flies that embody everything that most people think of when thinking of “a fly”. While the classic Coachman is quite beautiful in its simplicity, the Royal Coachman is a bit more flashy and striking with its dash of red between the peacock herl parts.

The white wings are striking and in fact very visible under water, which I’m sure is part if its efficiency. I actually think it’s a shame that less and less people are using and tying these old, beautiful classic wets.

The origins of the Royal Coachman are a bit tricky to pin down. Mary Orvis Marbury attributes it to a John Hall, who first tied it in 1878. Others, for instance David Collier in his book, Fly Dressing I, says it’s of English origin. Wherever it originated, it’s obvious that it’s old and from before 1900. There are several variants – of course the feather winged wet, the feather winged dry and both hair winged wets and dries.

With a bit of practice it’s not that hard to tie, if you fancy having a go at it. Take a look below, where Håkan Karsnäser shows step-by-step how it’s tied.

Don’t expect results like this straight away if you’ve never tied feather wings before. Like everything it takes some practice to get them right. When you tie the down, it’s important to support them between your fingers as you compress the fibres with the thread. Also make sure that there’s no gap between the hook shank and the fibres before tying them down.

We have had Håkan behind the vice in our studio. Back then he tied another wet fly with a married wing – The Fontalis Fin. Have a look in the video below and get some more tricks from the master on tying featherwinges wet flies.