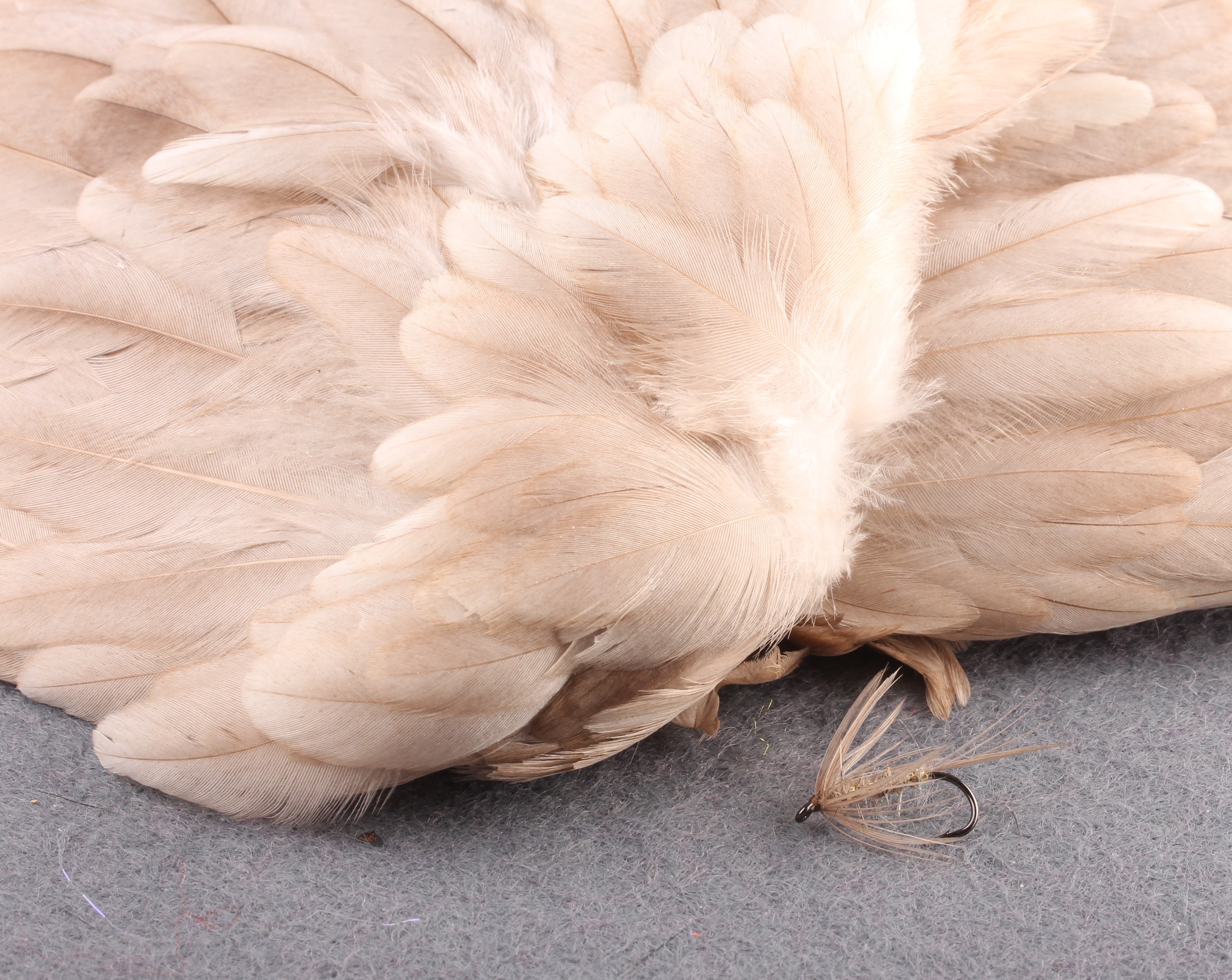 Soft hackle flies are some of the most universal and, for me at least, some of the most important in my trout/grayling flyboxes. I fish them as teams of two in the rivers and I often use them as droppers in stillwater. While the old, English masters of the tradition actually were quite specific on which insects their dressings imitate, they are often good year round.

Below we’ll take a closer look at how the “soft hackle fly” is traditionally tied in Sweden. It’s impossible to talk about the Swedish tradition without mentioning the Swedish “bible” on this subject; “Flymfer & andra mjukhacklade flugor” (Flymphs and other soft hackled flies), written by Anders Forsling and Gunnar Johnson, illustrated by Gunnar Johnson. This is a wonderful book published in 1989. When you dive into the book, it’s clear that the Swedish tradition is closer to the American tradition, both in tying style and the way they fish the flies. In their book, Johnson and Forsling also include Skues in the soft hackle tradition. While his flies were nymphs, they also included often very sparse hen hackles as legs.

Many of the American flies have dubbed bodies which very few of the traditional English do. I think only one traditional English pattern has tails (the March Brown) while especially many of Pete Hidy’s patterns have tails. The American masters of these flies are aforementioned Vernon S “Pete” Hidy, Sylvester Nemes and Jim Leisenring.

Let’s take a closer look at how a typical, Swedish soft hackle wet fly is tied, in the hands of our in-house master fly tier, Håkan Karsnäser.

If you’re intersted in knowing more about this tradition and it’s history, there’s plenty of literature to dive into. The English tradition is most recently covered in very excellent book by Robert Smith, The North Country Fly. In mid 1990’s Leslie Magee published his historical book on the English tradition, Fly Fishing – the North Country Tradition. And then of course there are the old, primary sources as T.E. Pritt, Edmonds and Lee and W. C. Stewart.