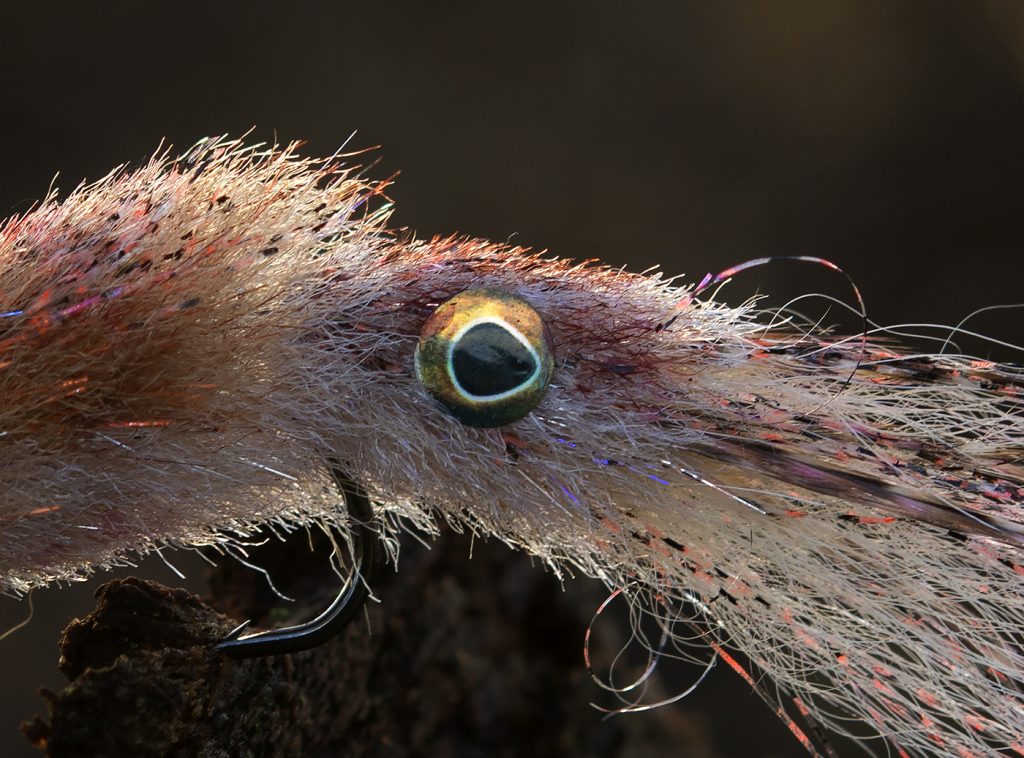 Steve Silverio is our coordinator for the North American Ahrex Pro Team and in general a great help and friend to us, here at Ahrex HQ. Steve often offers invaluable advice on many levels and he was very much the man behind our HR 418 WD Bomber hook. Below Steve has written a Little on squid flies for striped bass. Just now, in the early summer months squid are coming close to shore to bredde and behind them follow big, stripes bass.

An exciting time for Northeast longrodders comes during the early summer months when squid are at their highest potential numbers, moving inshore to their breeding grounds. Long regarded as a prime food for adult striped bass, anglers have rigged live squid baits in every conceivable way from surf-casting coiled lines in “squidder boxes” to multi-chained trolling umbrellas. By the 1840’s, ghillies who served New York’s fishing gentry, routinely came armed with multiple hooked squid rigs as it was regarded as the prime bait for trophy bass. The close predator-prey relationship observed between striped bass and the squid prompted early New England anglers to give the striped bass the name” Squid Hounds”, as they chased down their quarry like hounds after the fox, voraciously devouring them in savage attacks. Spawning in shoals and rips along the coastline, squid, like their linesider prey, were active at night and so presented an attractive and tasty meal to night-foraging bass.

Like many of my fellow saltwater flytyers, through the years I have devoted prime time at the bench in an attempt to develop the next great striper squid pattern. On one trip to Nantucket’s Eel Point, a 30 plus lb. striper actually towed our flats skiff while sporting a holographic, braided body version of my then latest version, before breaking off and diving down, presumably to get a taste of the real deal. That sort of action can get you seriously addicted to spending hours at the vise and many more in the brine.

Over the years, I have discovered that building large saltwater flies is a bit like laying down a skeletal base and layering onto it and in the case of the squid fly, veiling over it as well. Another tying point to consider is the unique hide that covers these creatures, which is literally a forest of multi-color producing chromatophores which allow it to change from deep red through pink to shades of deep yellow and reddish brown, with multi-hued combinations reflecting iridescently. The question of “matching the hatch” then, becomes a bit of a complicated issue, especially when also considering the squid’s jet-propelled swimming motion. 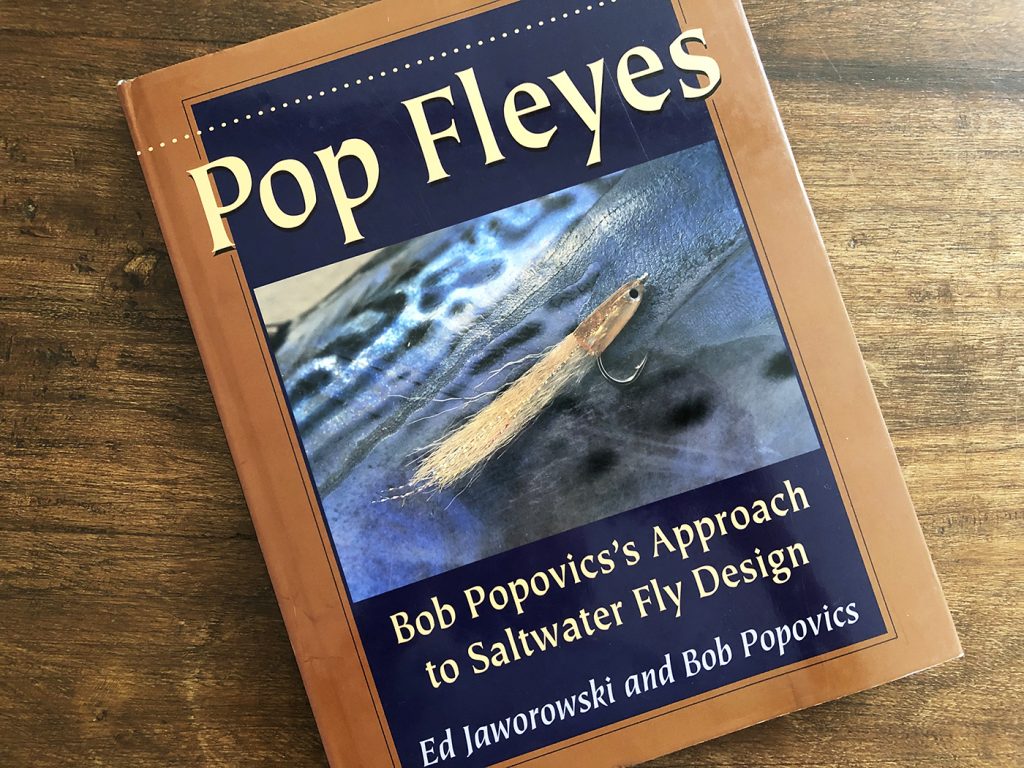 In his book, FLEYE DESIGN, Bob Popovics, who is undoubtedly one of the masters of creating unique and realistic squid patterns, writes.

“More important than color, however, is the sleek fusiform shape and prominent eye. The oversize eyes of a squid draw immediate attention and are located well past the mantle. Another design consideration for good squid imitations is the proper proportion of the body, legs and wings, and the full, robust figure. They are not skinny and pencil shaped.” 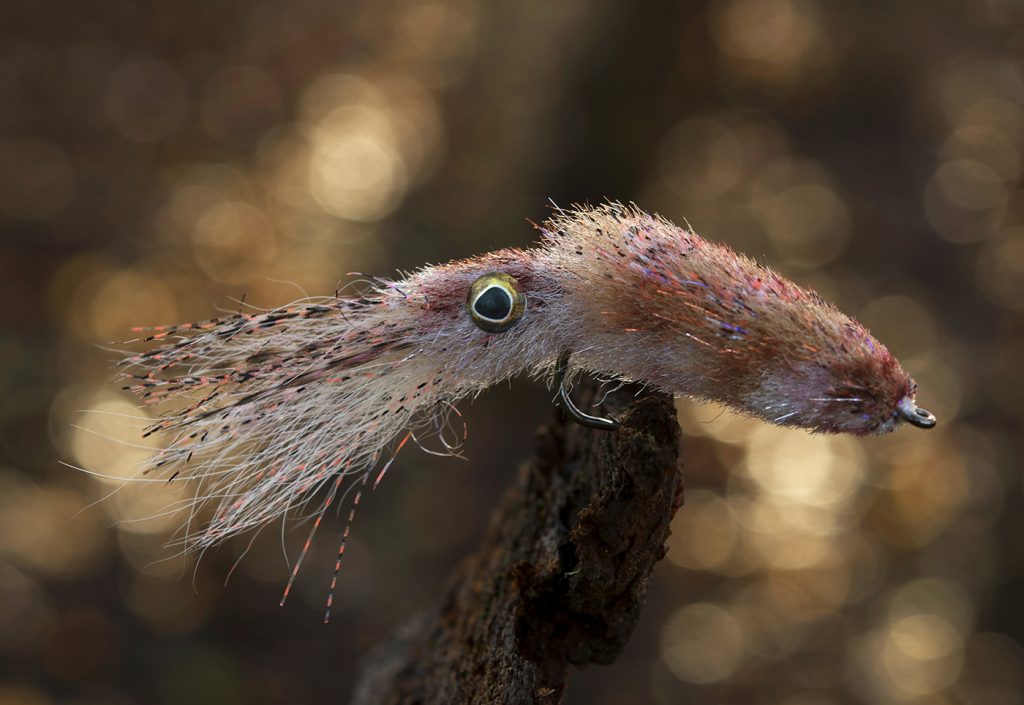 Fly fishing squid flies, whether on overcast days off jetties or on moonlight nights, when the muted explosions of bass chasing down cruising calamari cause you to tense up with that electrifying expectation of a strike, is one of the penultimate experiences a fisherman can have. It makes up for all those hours surrounded by fur, feathers and flash in an often-vain attempt to create one of natures most unique and illusive creatures of the sea.

Below, are several examples of some of the more successful efforts from various tyers. Thanks to Bob Popovics, Jonny King, Ben Whaley and Jason Taylor for providing additional photos of their flies. 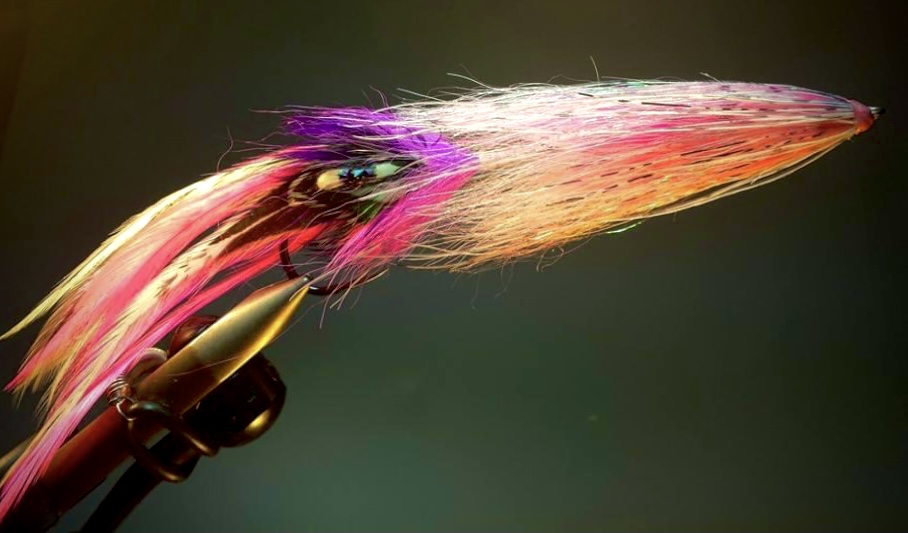 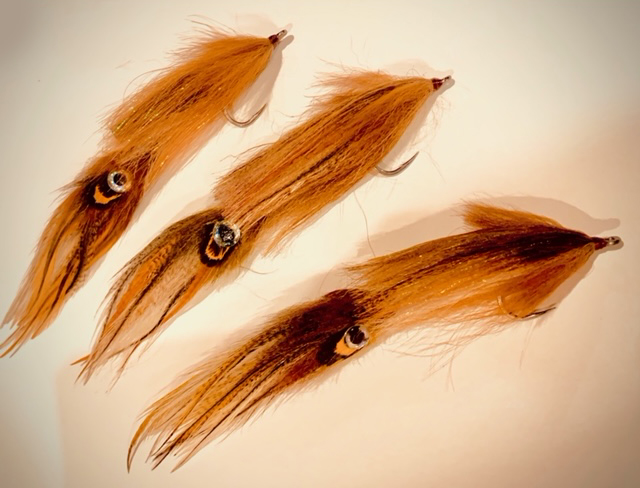 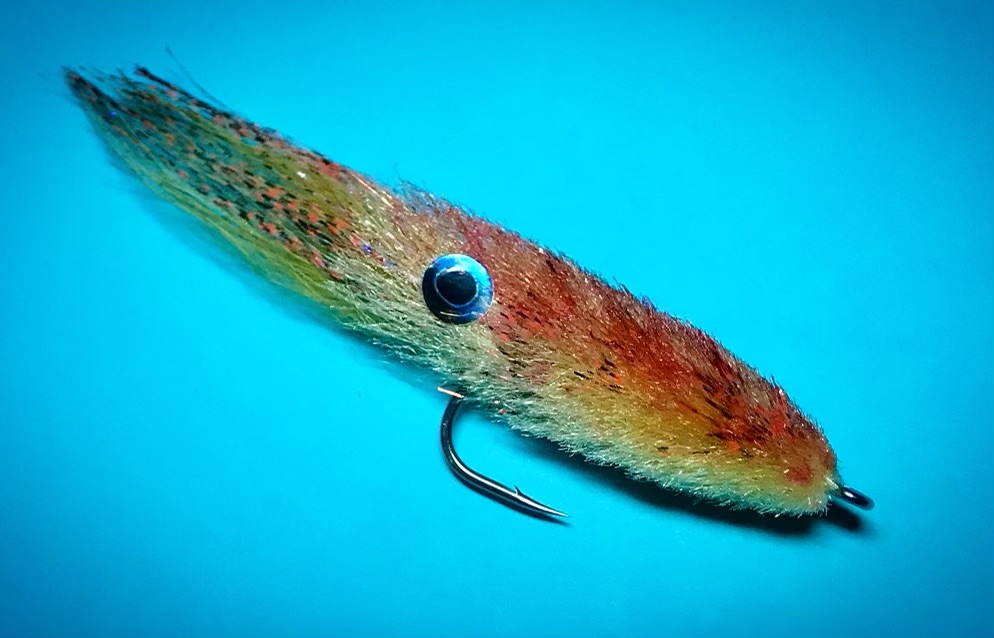 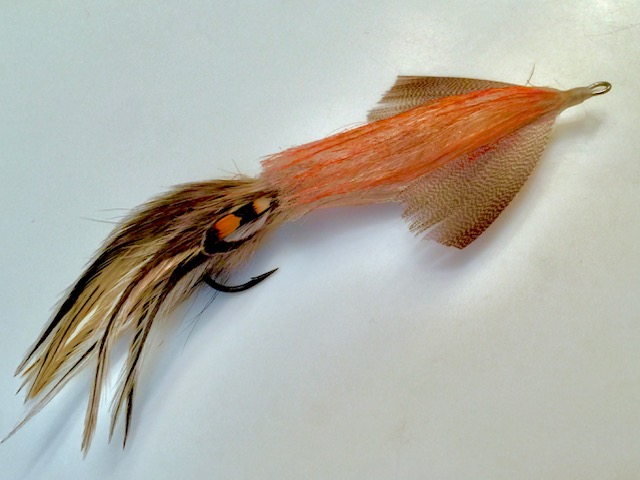 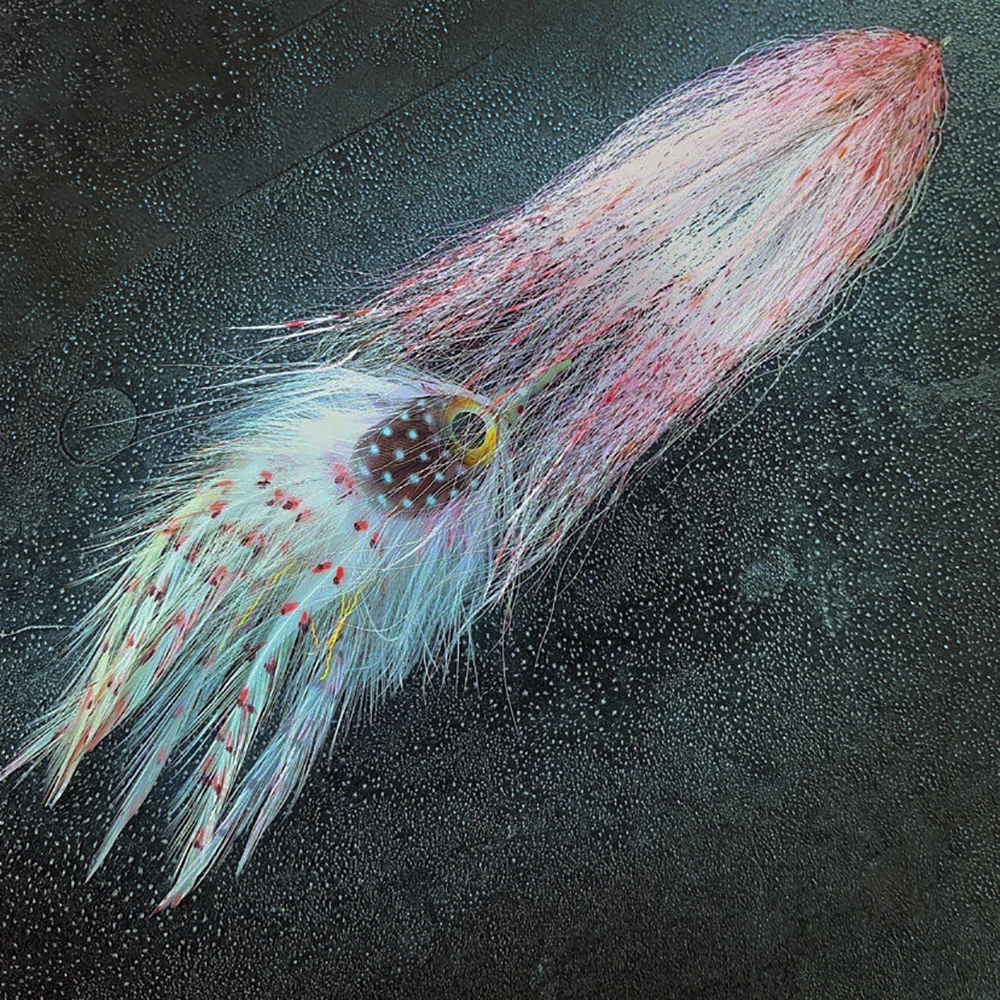 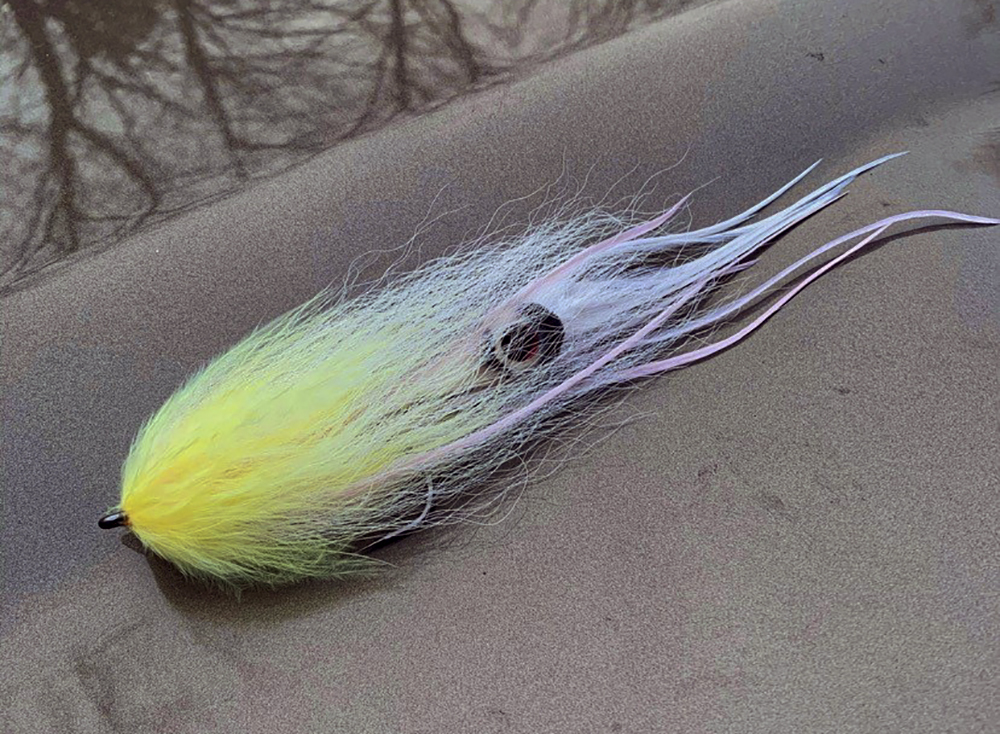