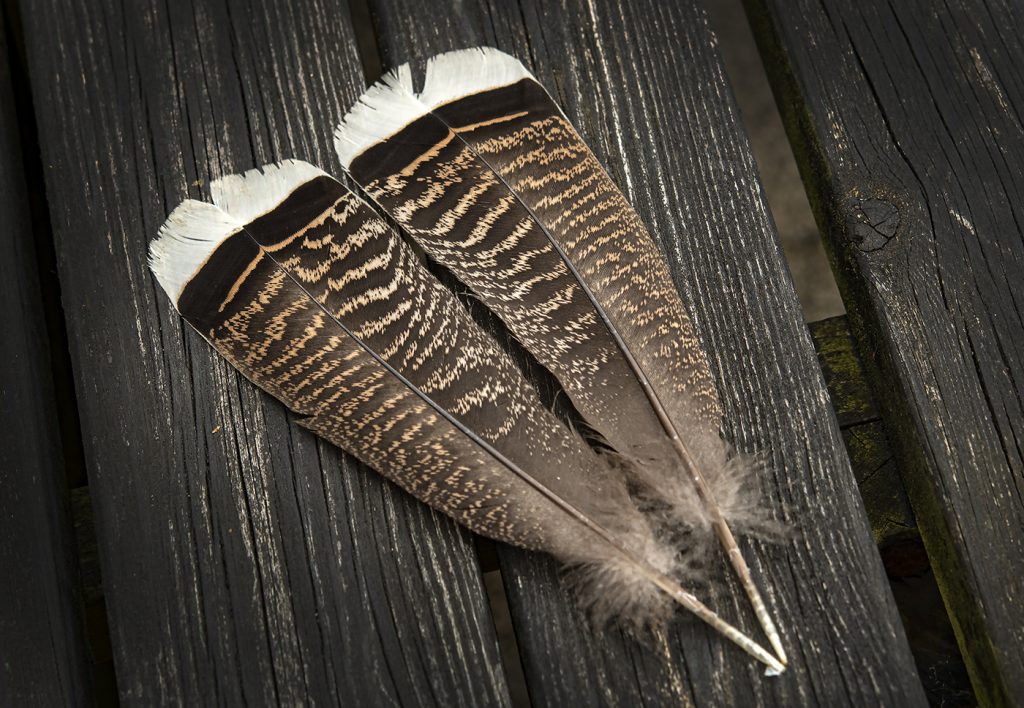 I’ll leave today’s blog to Håkan Karsnäser and yet another of his material descriptions. Håkan is an excellent fly tier and even though he has a vast collection of materials, Håkan is always aware that it’s not always important to acquire new and specific materials. Often you can be creative and use what you already have by using materials in a ways they are not typically used for. Today Håkan provides some inspiration on how to use turkey tails fibres.

A nice selection of classic salmon flies for fishing.

Fibres from the brown speckled tail feather have been used in fly tying for hundreds of years. They have been particularly popular as wings or parts of wings in the classic salmon flies. Maybe because the big feathers are useful in even the biggest of flies. The lower par of the tail with white tips have been used most for this purpose. These are often used as under wings on the classic salmon flies, for instance on Jock Scott and Dusty Miller. They are also used on flies like The Dunt, one of the well known Dee-flies. 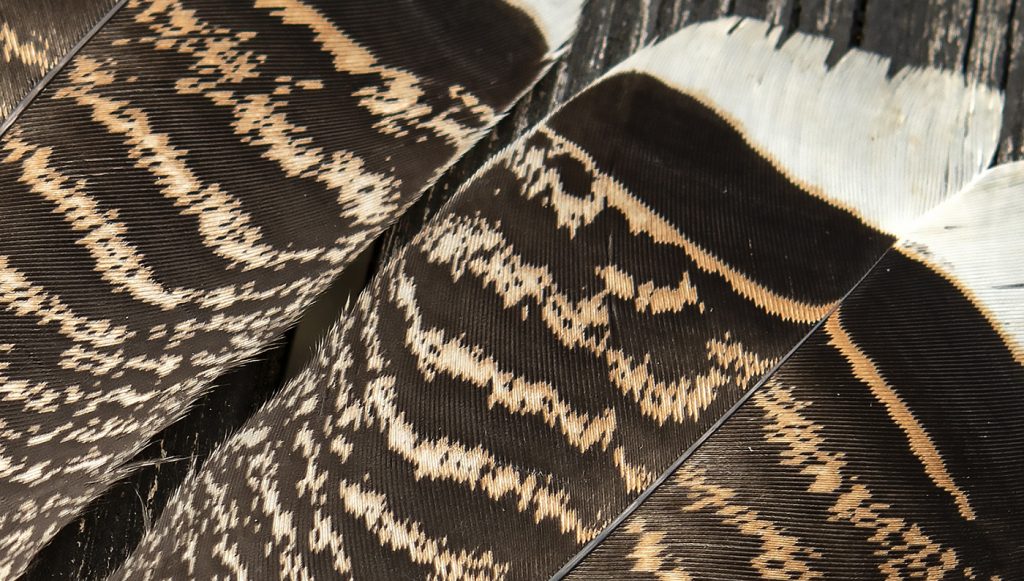 Turket tails feather are quite thick in the fibres, so that have also often found used as supporting under wings for mallard wings. Even the best and longest mallard feather are too short for the bigger flies, so the turkey under wing as also “prolonged” the mallard for the bigger flies. This allowed Hardy and Farlows to offer a fly like Thunder & Lightning as big as a 10/0. 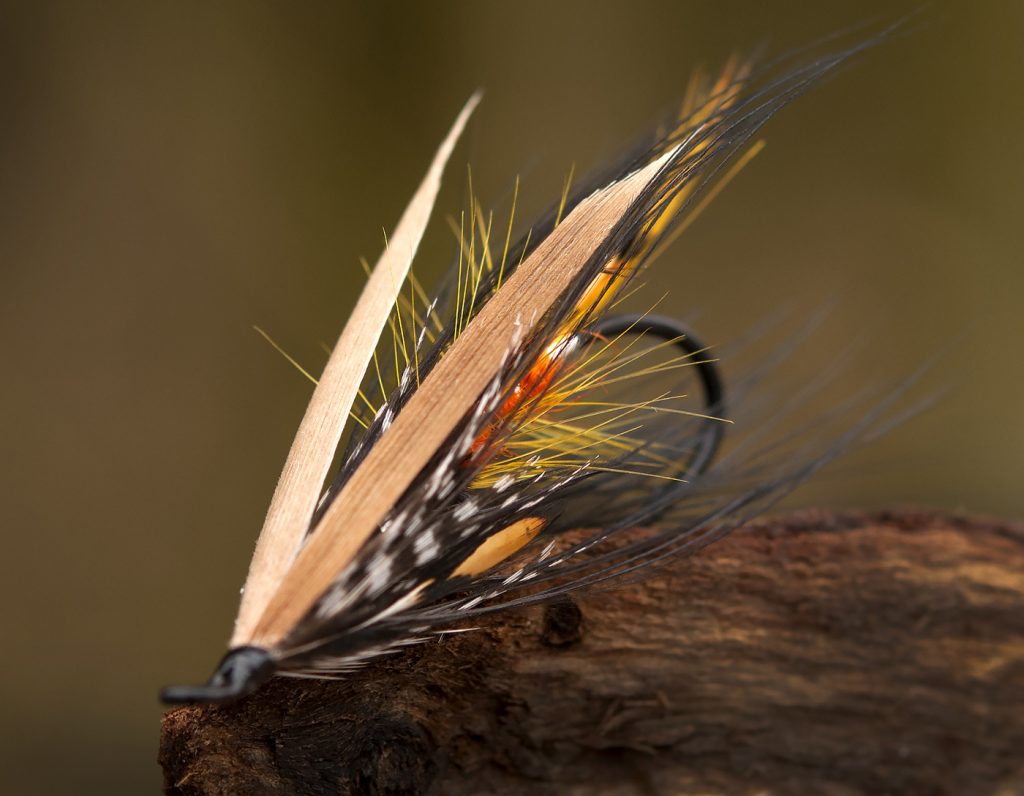 In the era of the big, classic salmon flies, late 19th century and early 20th century, big turkey tail feather were easy to obtain, partly because turkey was a common dish in those days. Today the brown turkey is less common, where as today the white broiler variant is the more common. This means that brown speckled turkey tails in large sizes are hard to find today. Often the feathers are worn or the fibres are simply too short for the larger flies. But they are of course still very useful in other types of flies, and you can still find good, but smaller feather for you classic salmon flies. 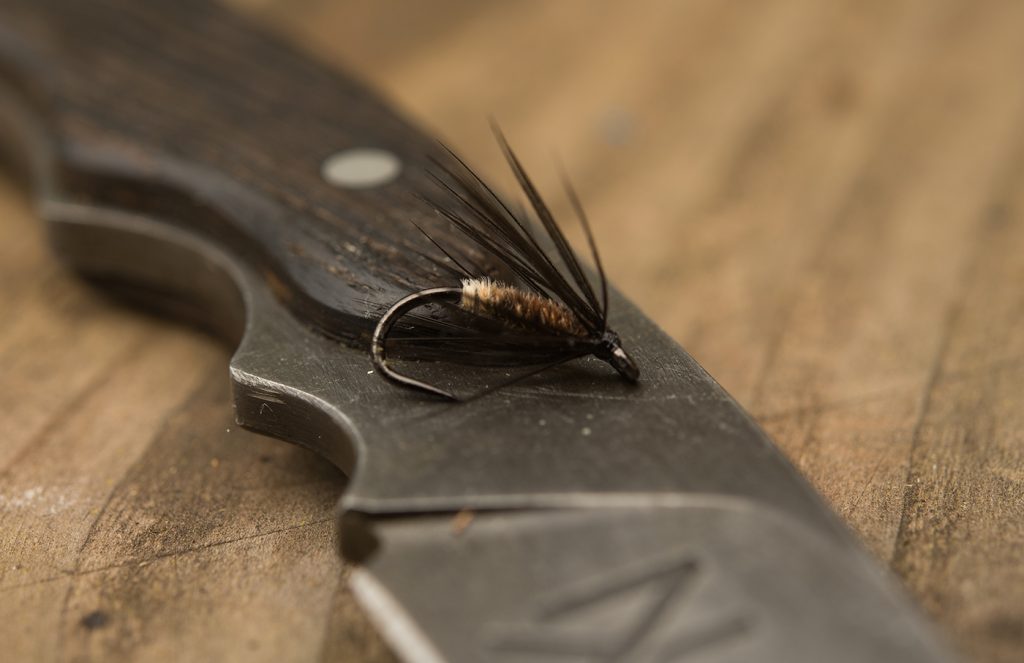 The well know Swedish fly tier, Gunnar Johnsson, has created a pattern, where he uses the white tipper turkey tail. The fly is called “Knekestorparen”. The body is tied with fibres from white tipped turkey, and when turned, these give the back part of the body a white, creamy colour and the forward part a speckled brown appearance. The fly is simply finished off with a soft, black hen hackle. It’s an excellent fly for both rivers and still water.

Knife maker and fly tier Sveneric Loodh has created a dry fly called Loodh Sedge. On this fly the turkey tail fibres are used to form the wing. The fly is an excellent imitation of sedges and equally effective in running- and still water.

Apart from these flies, turkey is used in plenty of other flies (notably the Muddler Minnow of course) as well as body material for nymphs and pupae imitations. The fibres are long, so they are well suited even for larger flies.
And of course, the white turkey tail fibres are excellent for dyeing as they give clear and beautiful colours, But they are equally hard to get in good quality and particularly in larger sizes. And a if the feathers have stress marks, these are even more visible on the white feathers. Complete irrelevant for fishing flies, but for exhibition quality classics, not ideal. 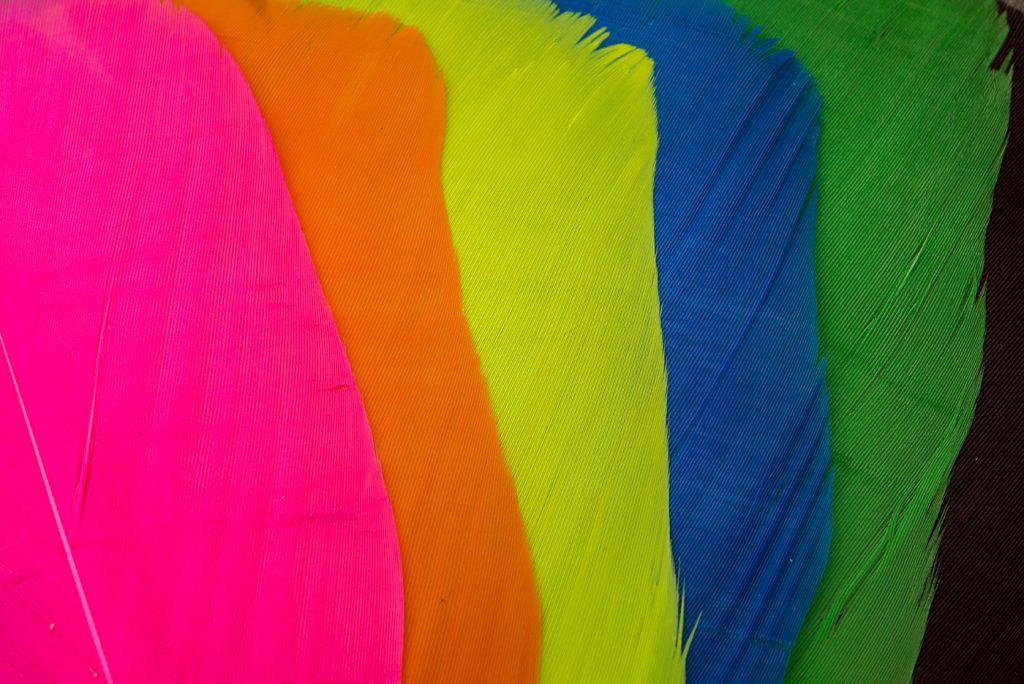