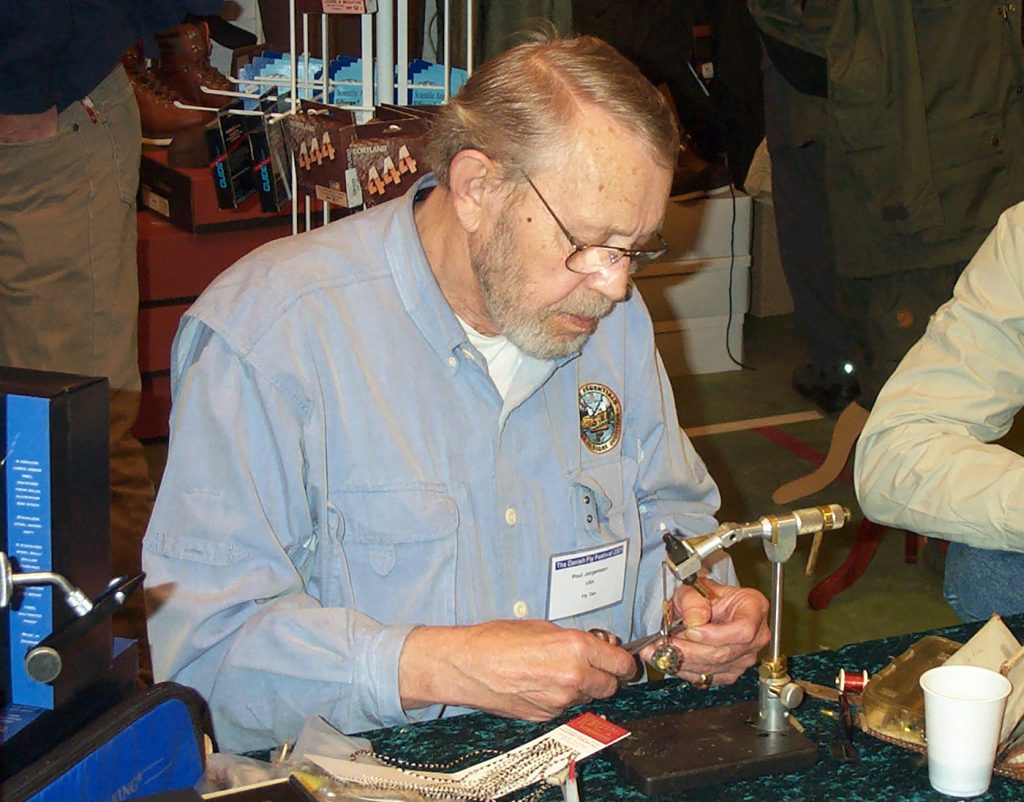 The Danish-American connection. Poul Jorgensen is a Danishman, who spent most of his life in the United States, where he earned quite a reputation as an excellent fly tyer. Being Danish he of course kept a connection to Denmark and he was, among many others of course friends with the Mad Veterinarian, Preben Torp (a well known character in Denmark). 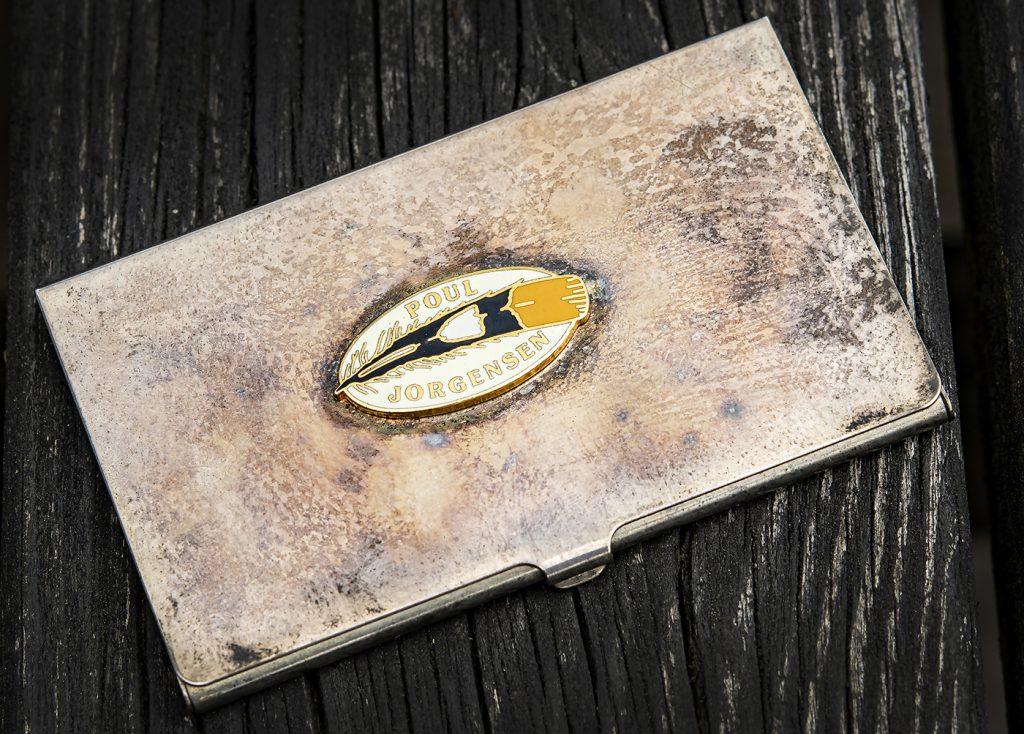 He moved to the United States in the 1960s and began his working career as an engineer. His ever growing passion for fly tying not only led to often being called “the best fly tier in the world” but als eventually abandoning his career as an engineer and dedicating him self fulltime to fly tying, writing and teaching. 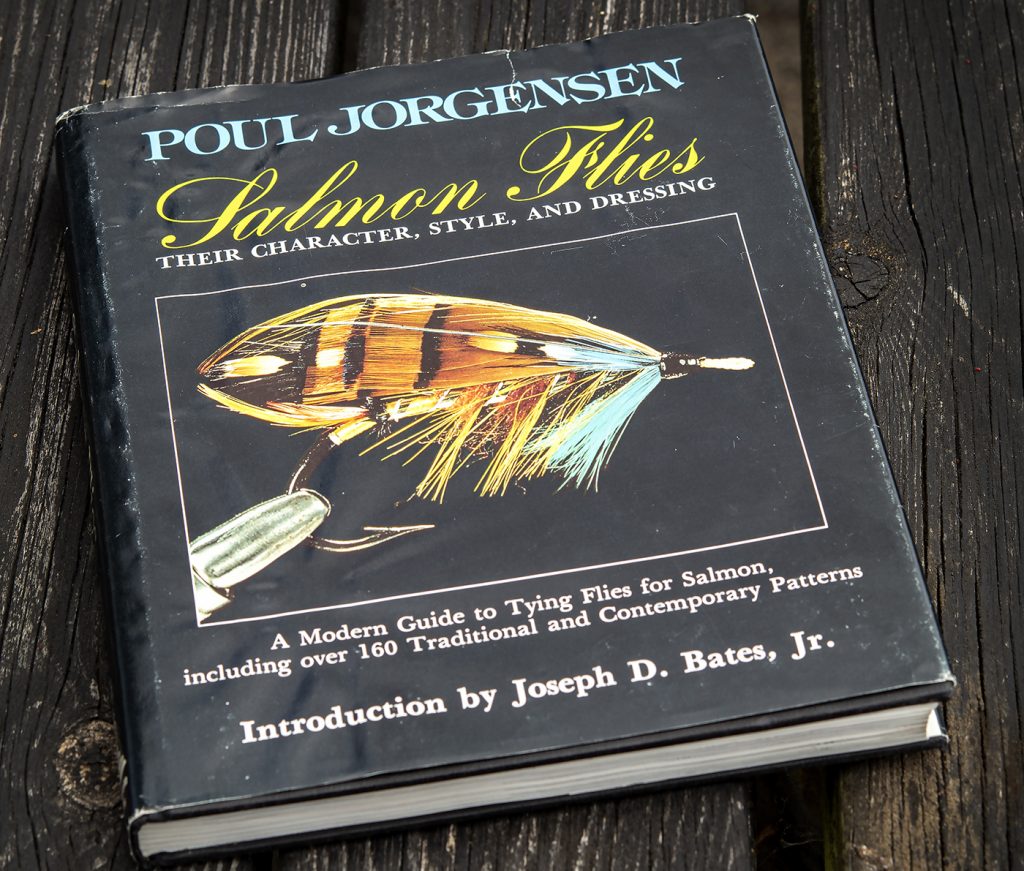 Poul Jorgensen has written quite a number of books, and I believe that none of them were originally published in Danish. His perhaps best best known was is “Salmon Flies – their character, style and dressing”, with foreword by none other than Joseph D. Bates, Jr. The fly features a beautifully tied Durham Ranger on the front page. He never restricted himself to salmon flies, but tied all types of flies. 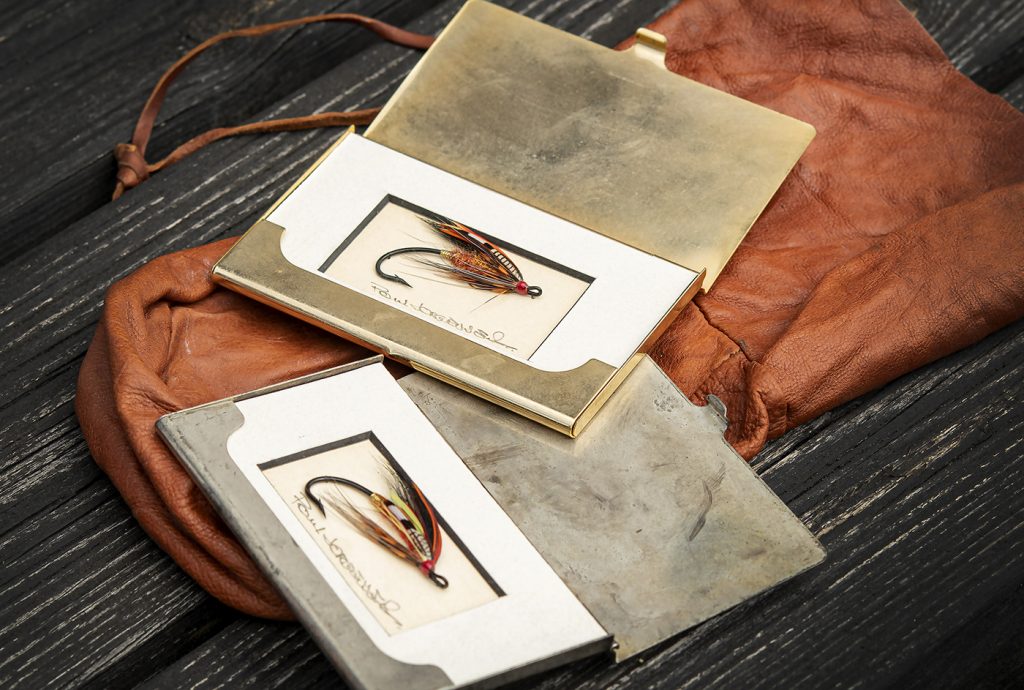 The that fact that arguably the most famous fly tier from Denmark (I’m sure the Americans have adopted him as American) never published a book in Danish, was thankfully changed by Ahrex owner, Morten Valeur (Mo).

Morten has dedicated most of his own life to fly tying and while he and his brother, Henrik, were running The Fly Co., they also ran a small publishing company, “Forlaget Mosegaard”. Mosegaard was the name of the small farm where they were both born. 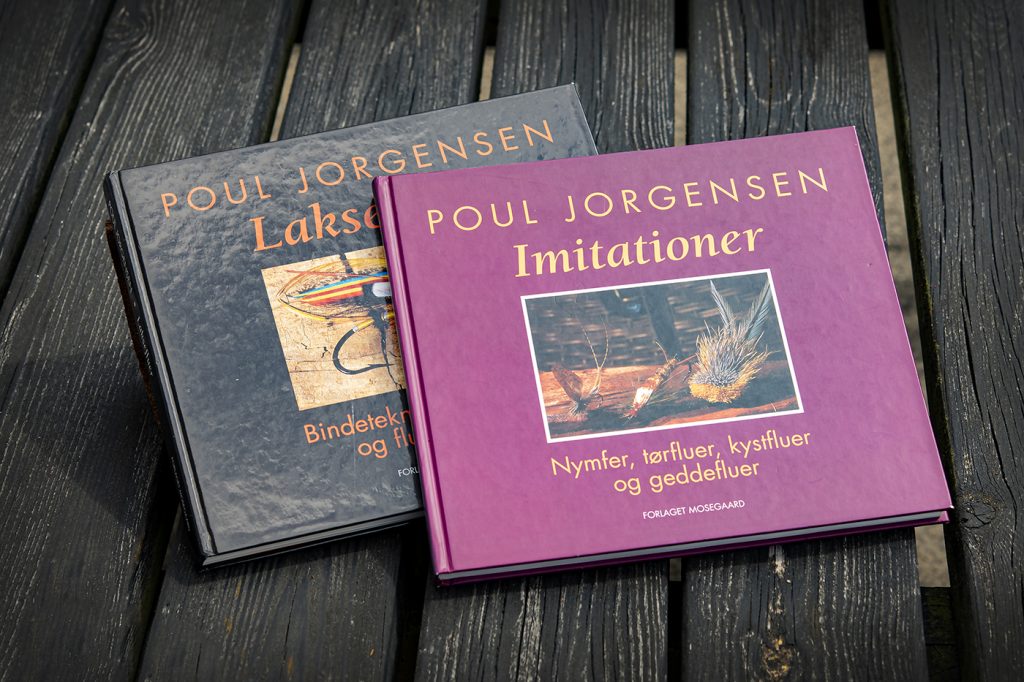 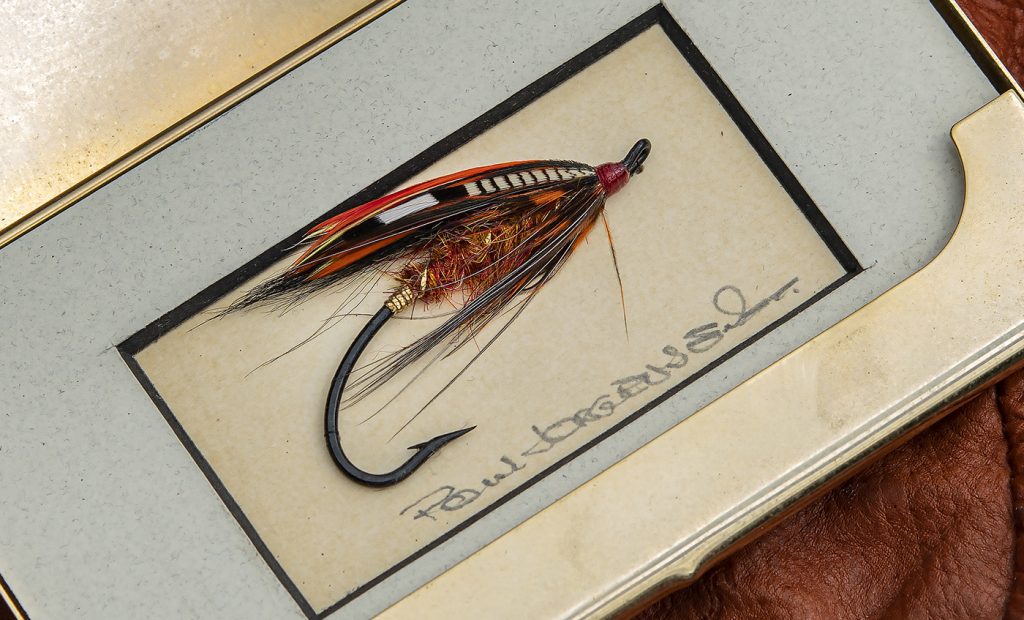 The stacking technique allowed less experienced fly tiers to tie the classic patterns in an easy way, and perhaps even as much more effective fishing flies. Schlappen feathers are cheap and easy to work with.

Poul Jorgensen were friends with several Danes, of course al ready mentioned Preben Torp, Søren Glerup (also a good friend of us here at Ahrex) and through the publishing of his books, Morten also developed a good friendship with Jorgensen. Morten stil has many of the flies from the books, which you see in this blog. 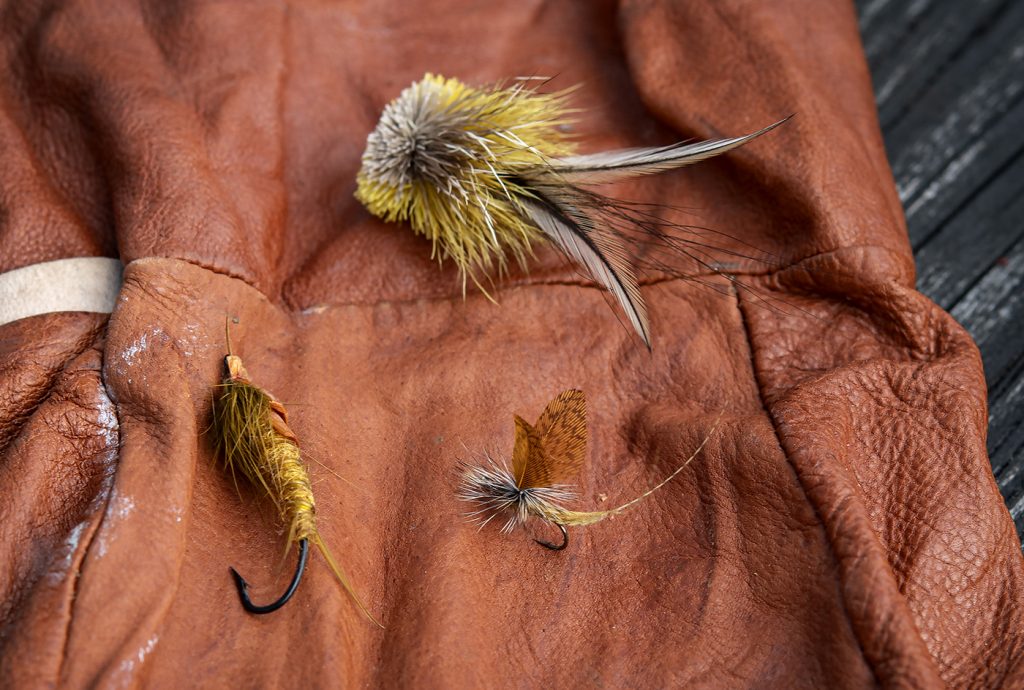 The original flies for the danish edition of “Imitationer” (Imitations)

Poul Jorgensen died in 2004 at age 78, but has left a vast legacy of his art and craft through his many publications.

A nostalgic and rare video – recorded mback in 1996 where Poul Jorgensen and Morten Valeur talk and ties a few flies – Produced by danish filmmaker Christian Hansen. Pauls only demand for the recording of this video was enough coffee and he was allowed to smoke during the tying.

The Blue Rat is a member of the Rat series of Atlantic-Salmon flies. According to Dick Stewart and Farrow Allen in Flies for Atlantic Salmon, the Rat series was introduced in 1911 by Roy Angus Thompson whose initials R.A.T. gives the series its odd name. Many people contributed to the Rat series, and in particular the Blue Rat was designed by Poul Jorgensen for fishing in Iceland. In this video we have Håkan Karsnäser tying his simple version of the beautiful Blue Rat.