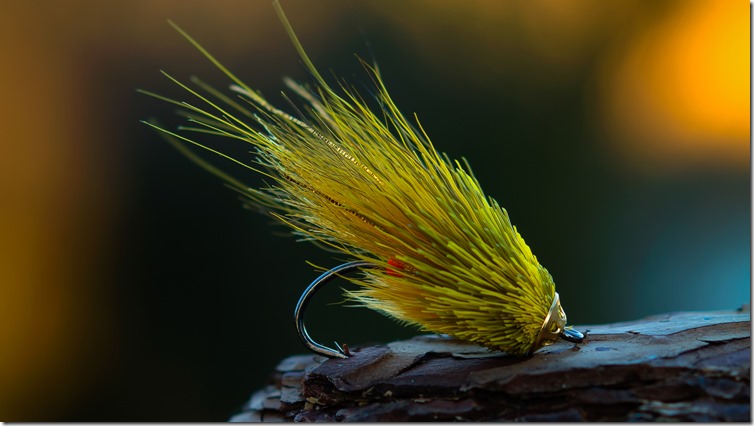 Today Ahrex Hook team member, Morten Valeur, ties a Sunburst Sonic Muddler, so let’s do a little catching up on the history of the muddler fly. Around 1950 Don Gapen of the Gapen Fly Company, Anoka, Minnesota came up with the original Muddler Minnow, still considered one of the most versatile streamer flies ever developed.

The deer hair head push a lot of water, even though Gapen’s original fly wasn’t packed as hard as contemporary versions usually are.

Anyway… if you want your fly to bulge or make a wake on the surface – the muddler fished on a floating or very slow sinking line is an excellent choice. And it’s a good candidate for the sinking line/floating fly concept as well. 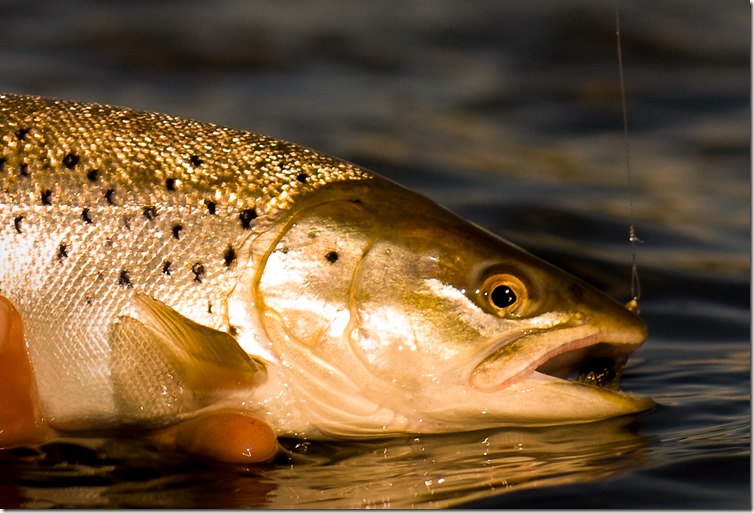 The Muddler Minnow was made to imitate the cockatush minnow, but the imitative neutral brownish grey colour of the original fly makes for a great imitation of many small baitfish, crayfish, large mayflies, stoneflies, grasshoppers and even rodents if tied large enough.

Still… fly tiers need to tinker and twist stuff… so naturally the muddler concept has seen quite a lot of variations. Some of the first were Throth’s Bullhead, Missoulian Spook, Dan Bailey’s Marabou Muddlers and Dave Whitlock’s beautiful Whitlock Sculpin.

Most of these cool muddlers didn’t tamper with the hardware construction, but later on fly tiers have incorporated bead heads, dumbbell eyes, brass cones and other stuff, to achieve new swimming options and a more aggressive action during the retrieve.

With the Sunburst Sonic Muddler Morten has added another variation to the muddler concept. He added a Pro Sportfisher Ultra Sonic Disc in front of the deer hair head. This version is one of Morten’s favourite flies for fall fishing for searun brown in the Scandinavian streams. It is tied on an Ahrex NS110 which is a relatively heavy hook. The added weight of the disc gives the fly a better balance – and the sonic disc sends out vibration and sound that makes the fly stand out in the current.

Have a nice weekend, holiday… whatever :0)