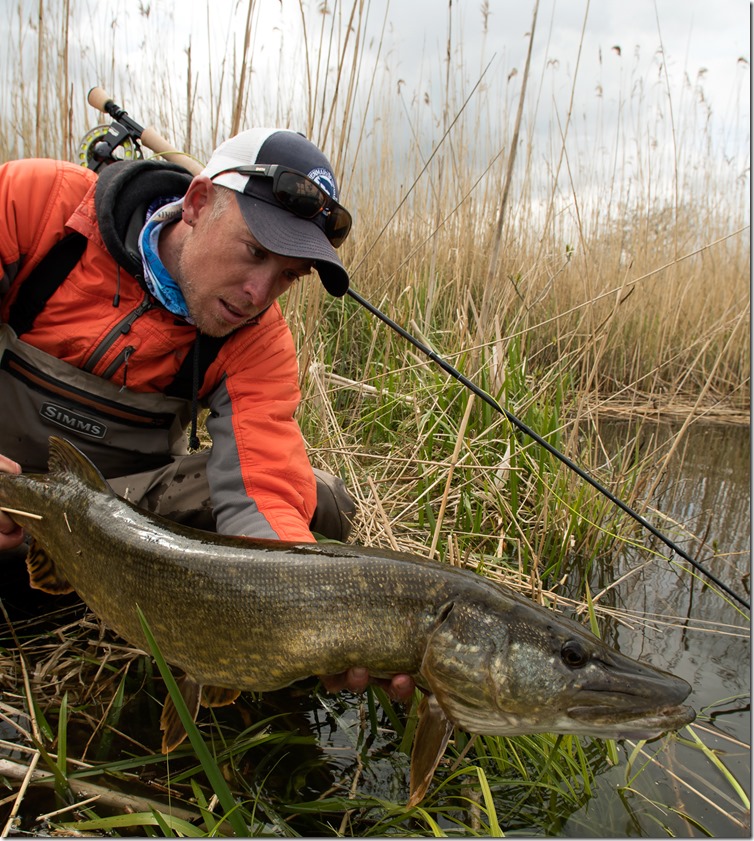 There’s just something exiting about hunting for predators. As much as I love seeing a trout rise and sip down a tiny mayfly or midge – I can’t help being more wound up when a large predator decides to kill my streamer fly. I guess it’s the violence and brutality of the attack that get my adrenaline pumping… especially when pike fishing. But while part of the season is all jerk, strip, pop and bang – the start of the season might require a less powerful approach.

Pike is one of the top predators in most freshwater environments all the way across the Northern Hemisphere – and they thrive in brackish water as well. In some parts of the world they are considered a pest (mostly in trout and salmon fisheries). In other areas, they are regarded among the most popular gamefish. In Scandinavia pike are right up there at the top of the pop.

Pike spawn in the early spring and in Denmark the pike season starts on May the 1´th. It is an important day for a lot of anglers. So let’s take a look at post spawn pike – that often aren’t as greedy as we like to believe. 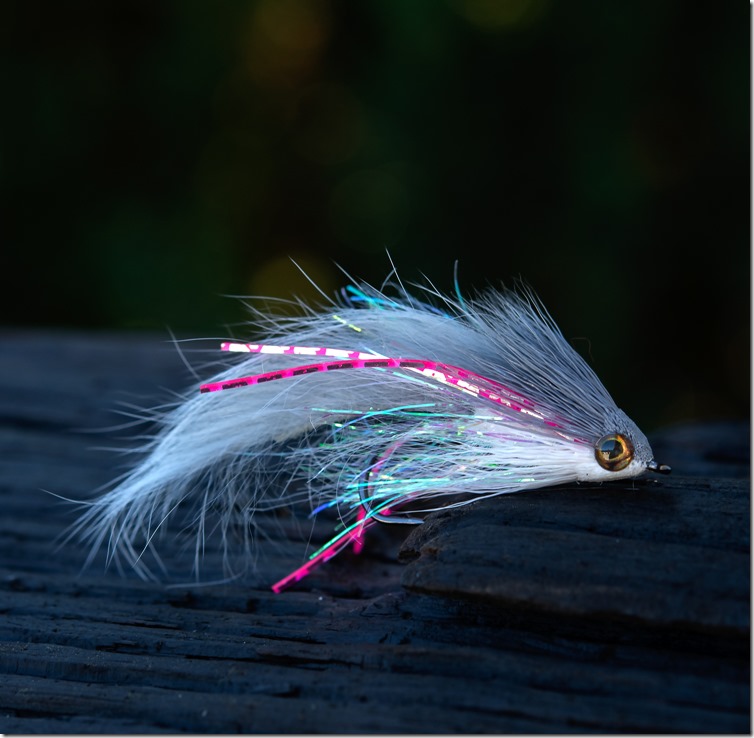 Sexual activity is a tough business. For the large females just producing the crazy amount of eggs has taken its toll in energy. For the smaller males… well they risk being beaten or ending up as a snack instead of a sex partner. Both sexes haven’t eaten much for a period. Post spawn pike are hungry, but they are also weak after the job of securing a new generation. If we have had a cold spring, the effect is even more pronounced – since the spawning will take place later, and baitfish are sparse in the cold water.

What that tells us is, that it pays of to start the fishing in waters that have had a chance to warm up. Small ponds and shallow lakes warm up before the deep lakes and streams. And in the deep lakes, seek out the shallow backwaters flooded swamps and other areas where the spring sun has power to give warmth and life. 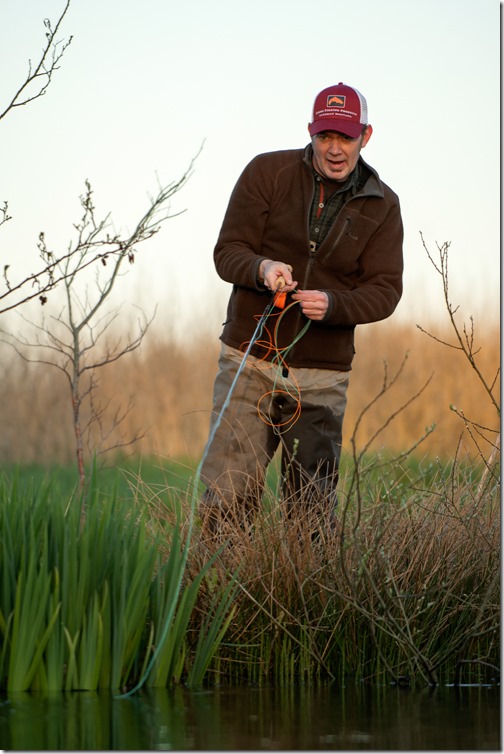 There are exceptions obviously, but most often a slow and deep presentation is more productive than anything else in the first days of the season. Pike don’t want fast food right now. They want the easy prey. And usually they hug the bottom. So forget the frantic stripping, and give the fish time to catch up. In a few weeks they will be high charged again. When fishing deep and slow there are basically three ways to go – depending on water depth and temperament. 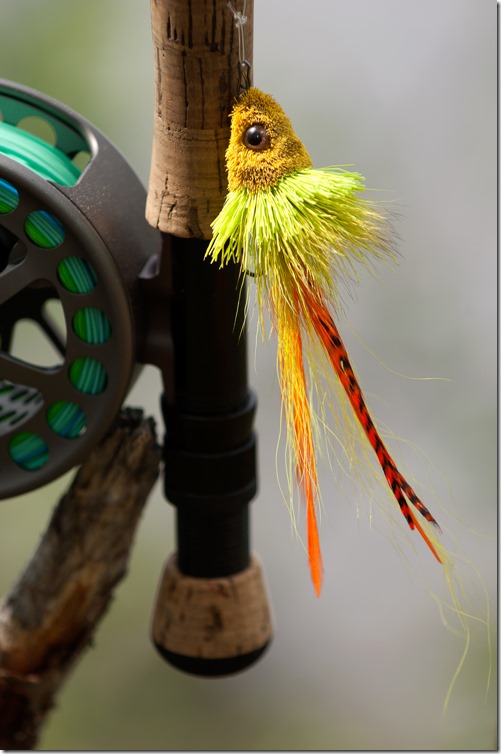 One is the sinking line/floating fly approach. Think booby style, just with scaled up flies. A deer hair head or a foam popper/slider pulled down on a sinking line is a great way to make a slow presentation close to the bottom. 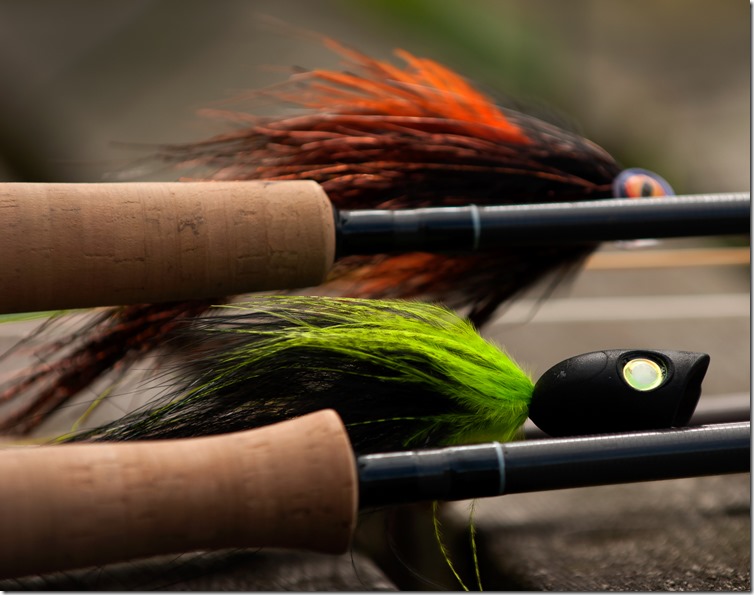 Another way to go is a floating or intermediate line with a sinking fly that gets down. It makes good sense to choose a weedless fly of some sorts – see our previous blog: Three ways to go weedless. An unweighted fly that just hovers in the water column can be deadly as well.

The third version is a floating line/diver setup, using something like a Dahlberg Diver to get down. This solution works best in slightly warmer water and when pike get more active – since it requires more speed. 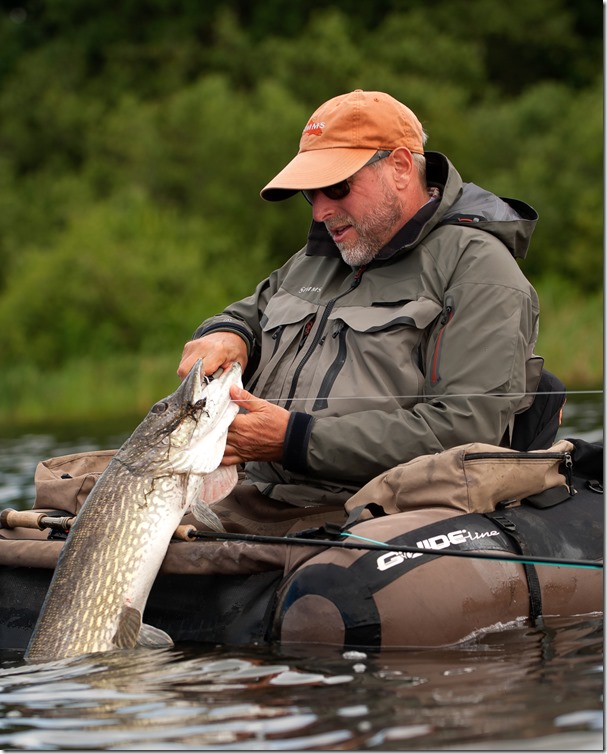 Whether you choose one of these options or another – treat post spawn pike with care. They are fierce predators – but they are also rather fragile. A pike population is a valuable resource and it makes good sense to handle the fish with care. Barbless hooks cut down on handling and enables you to release a pike faster. Reduce airtime as well if possible. But remember to have fun – and enjoy the new season of pike fishing.

And we have a brand new video for you as well. Morten tied this fly on our second session in collaboration with DSF, Danmarks Sportsfiskerforbund in 2017. Since then the Purple Rain has matured on old oak wooden barrels – to be served for you today. Enjoy!