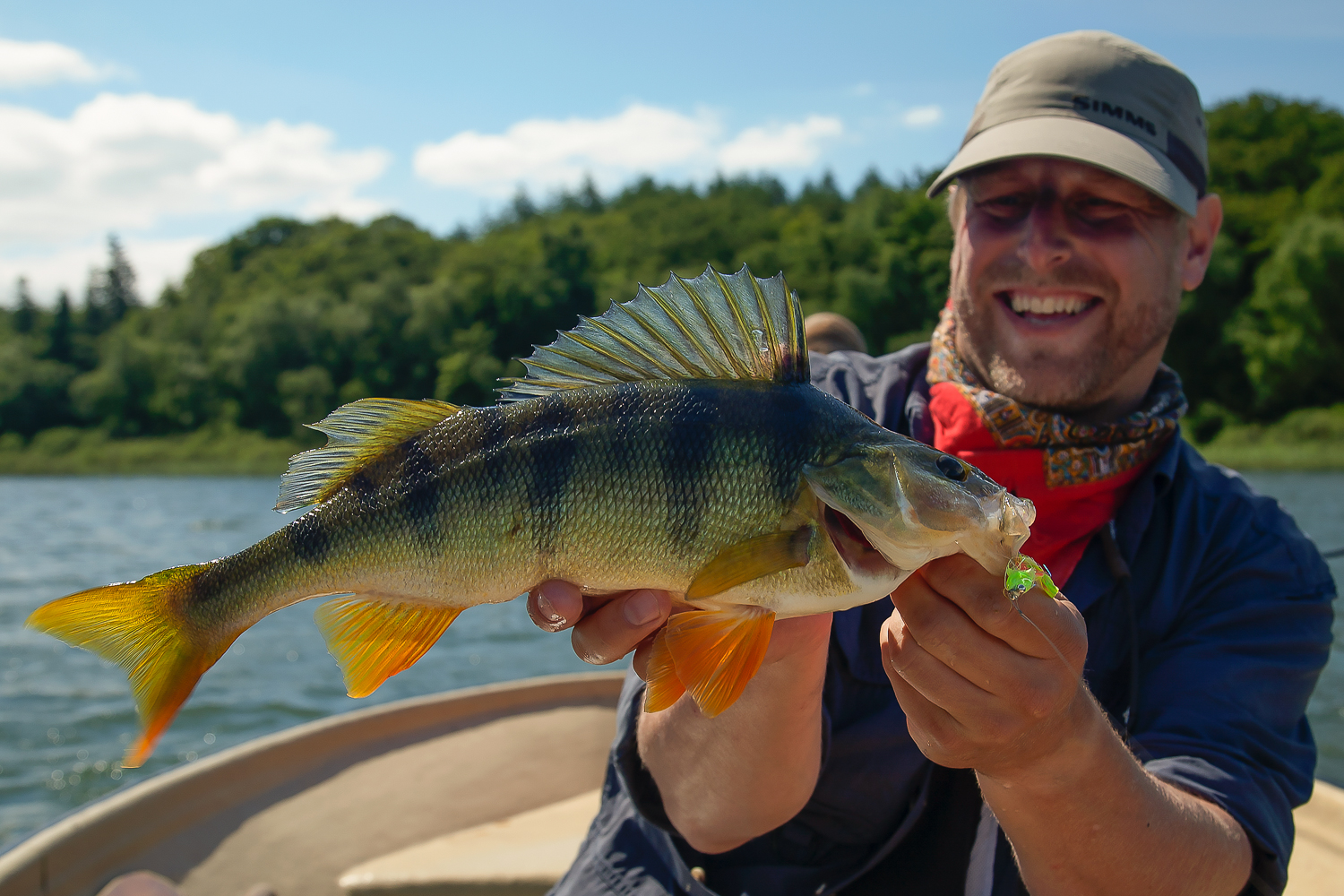 Summer fishing for perch is probably what turned a lot of kids into anglers. It can be laid back and just relaxed fun – or you can go all in and really get some cool action on the surface as well as below.

While there are some differences between the European perch and its American counterpart, most fishing tips will work on both species. But let’s take a look at the species. 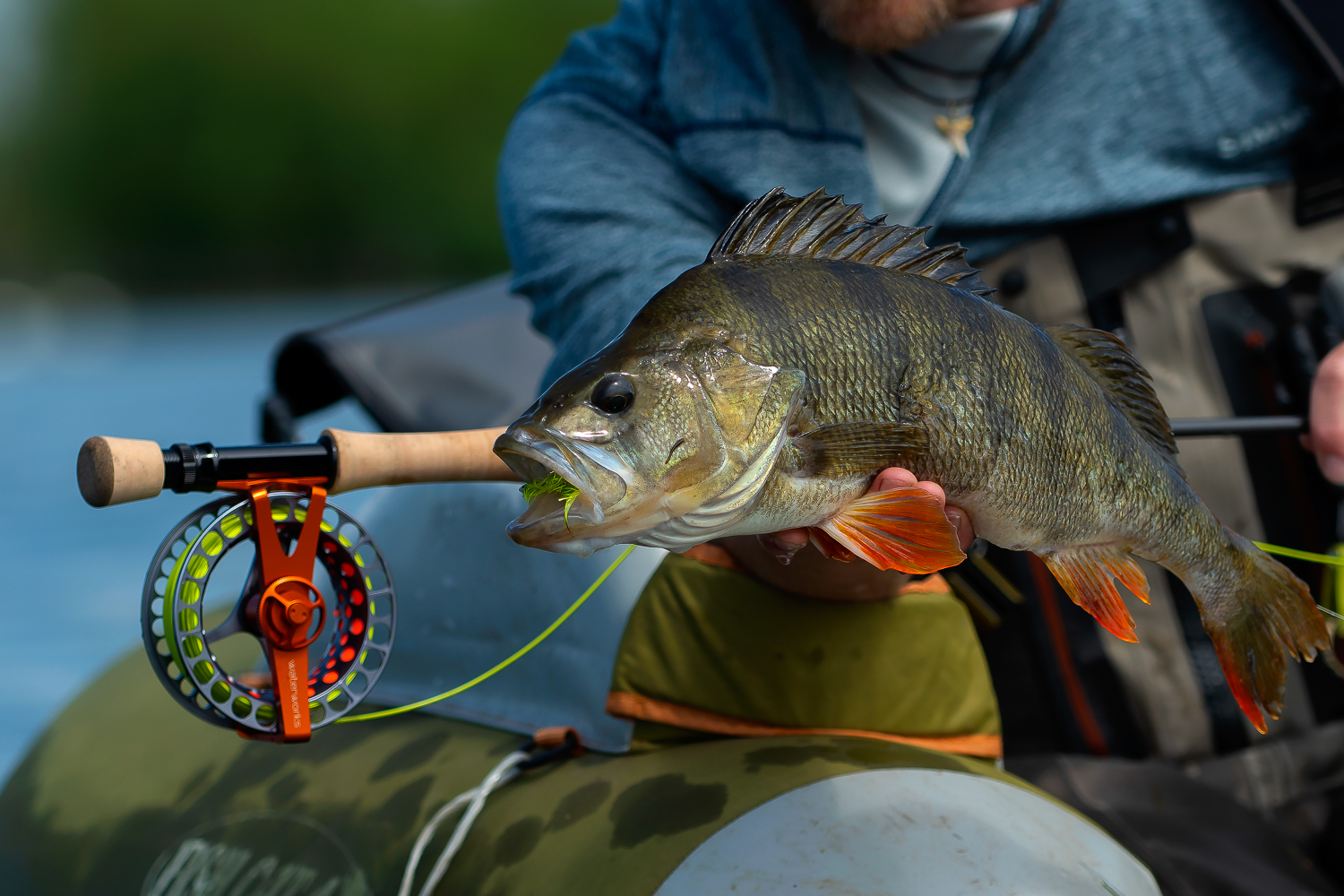 3 species in the Perca family

The European perch (Perca fluviatilis) is found in Europe and Asia. Colouration can vary considerably depending on the environment but it is typically greenish in colour with dark vertical bars on the sides and with red or orange colouring in the tips of its fins. The European perch has been successfully introduced in New Zealand and Australia, where it is known as the redfin perch or English perch. Monsters can be found, but the perch rarely grows larger than about 6 lb.

The Balkhash perch (Perca schrenkii) is found in Kazakhstan, Uzbekistan, and China. It is very similar to the European perch, and grows to a comparable size.

The yellow perch (Perca flavescens) is slightly smaller and, as the name implies, more yellowish   than the European perch. It is found in the United States and Canada. In northern areas, it is sometimes referred to as the lake perch. Basically they live, breed, hunt and feed like the European perch. But seldom get as large. A weight around 2.2 lb is pretty large for this species. 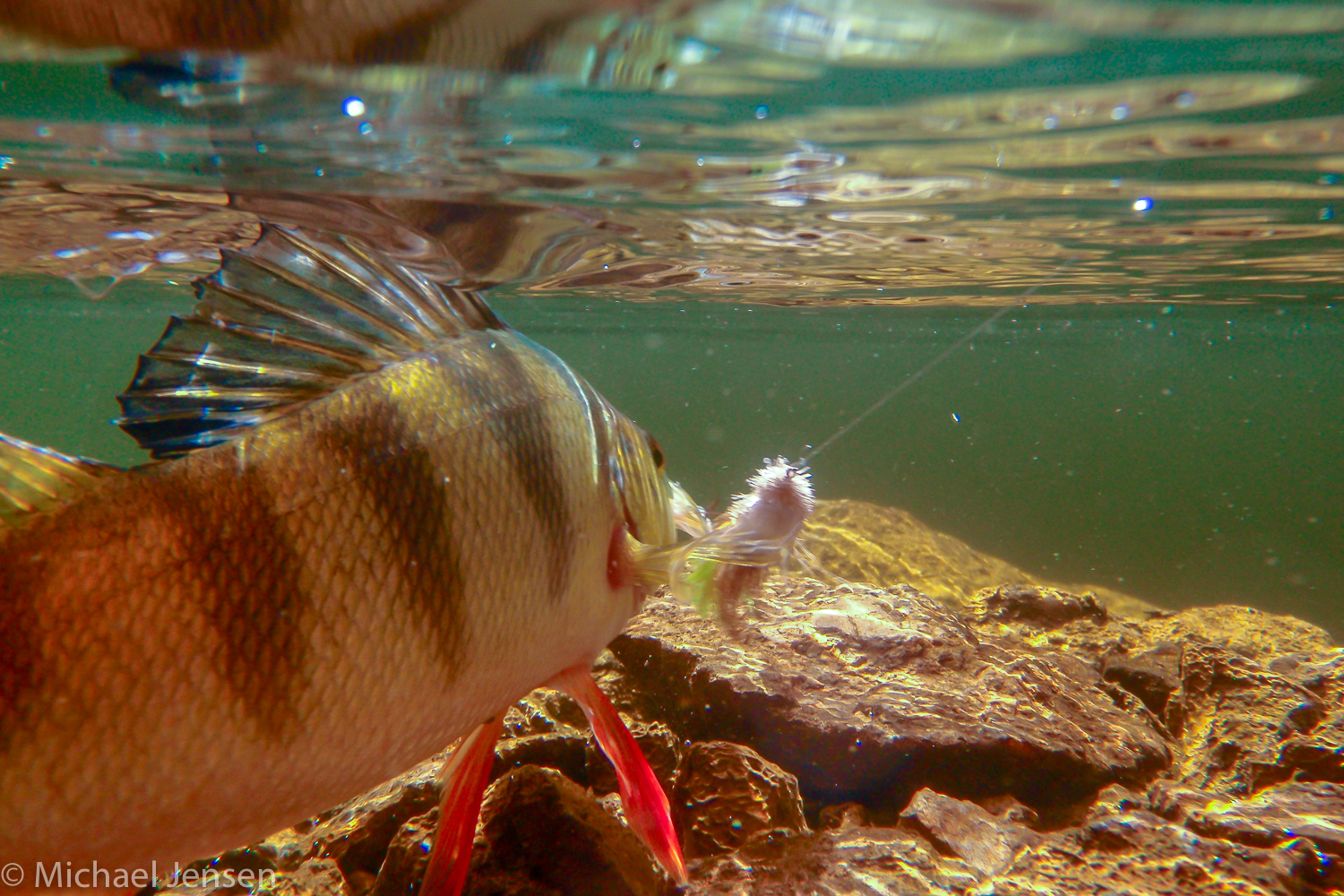 Will eat anything they can swallow

Perch are predators and they feed on smaller fish, crayfish, amphibians and large insect larvae. Actually they will inhale large streamers and surface bugs intended for bass or pike fishing occasionally. Downscaling your favourite bass- and pike/muskyflies a bit – and you’re on the right track. 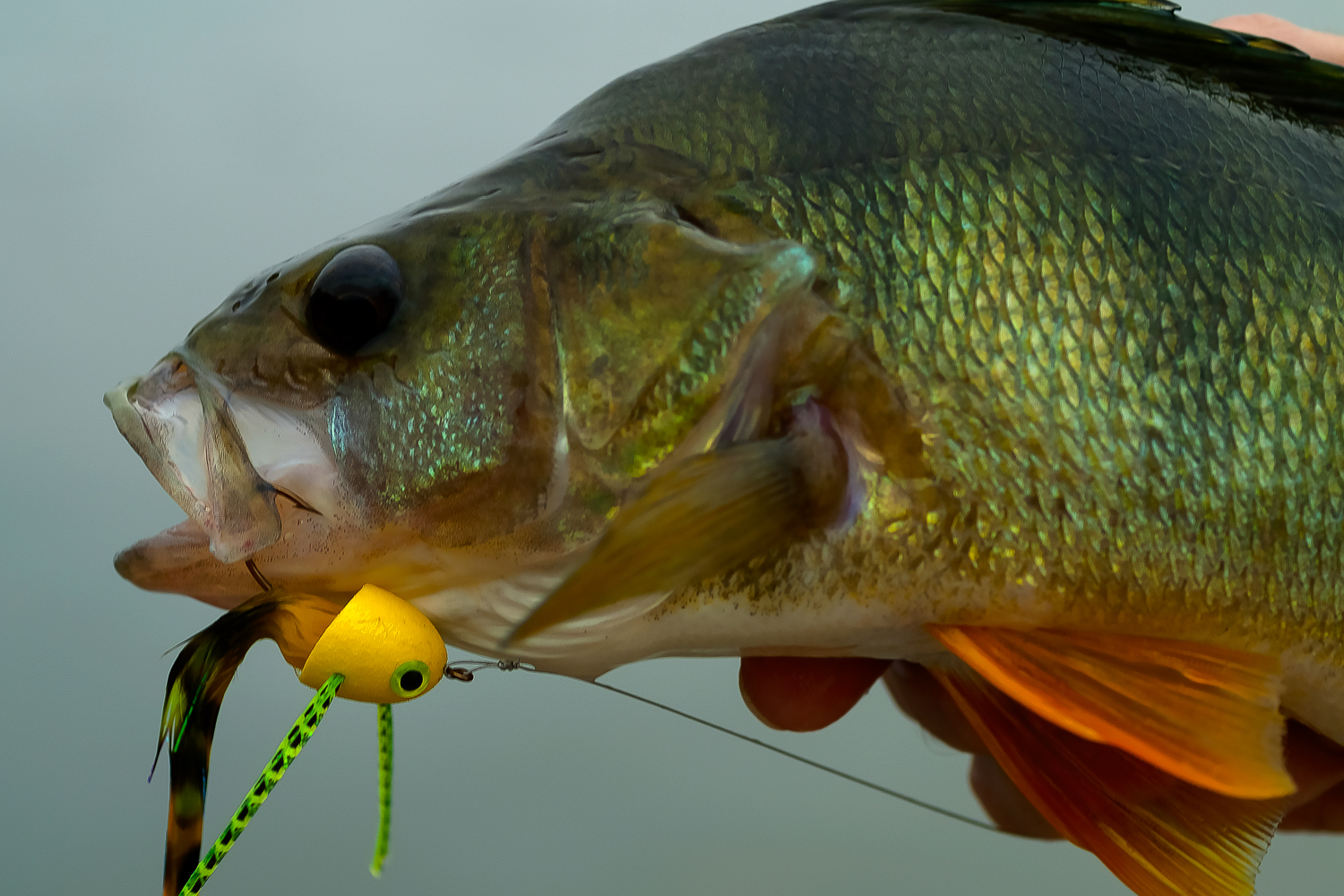 Catching any fish on surface bugs is fun, and perch are no exception. They will rise to the surface and hammer any small bug, that imitates something like a frog, a salamander, a mouse or a damselfly. And often a shoal of perch will compete for getting to your fly first. Lots of splashy fun can be had, when you have found a shoal of perch. 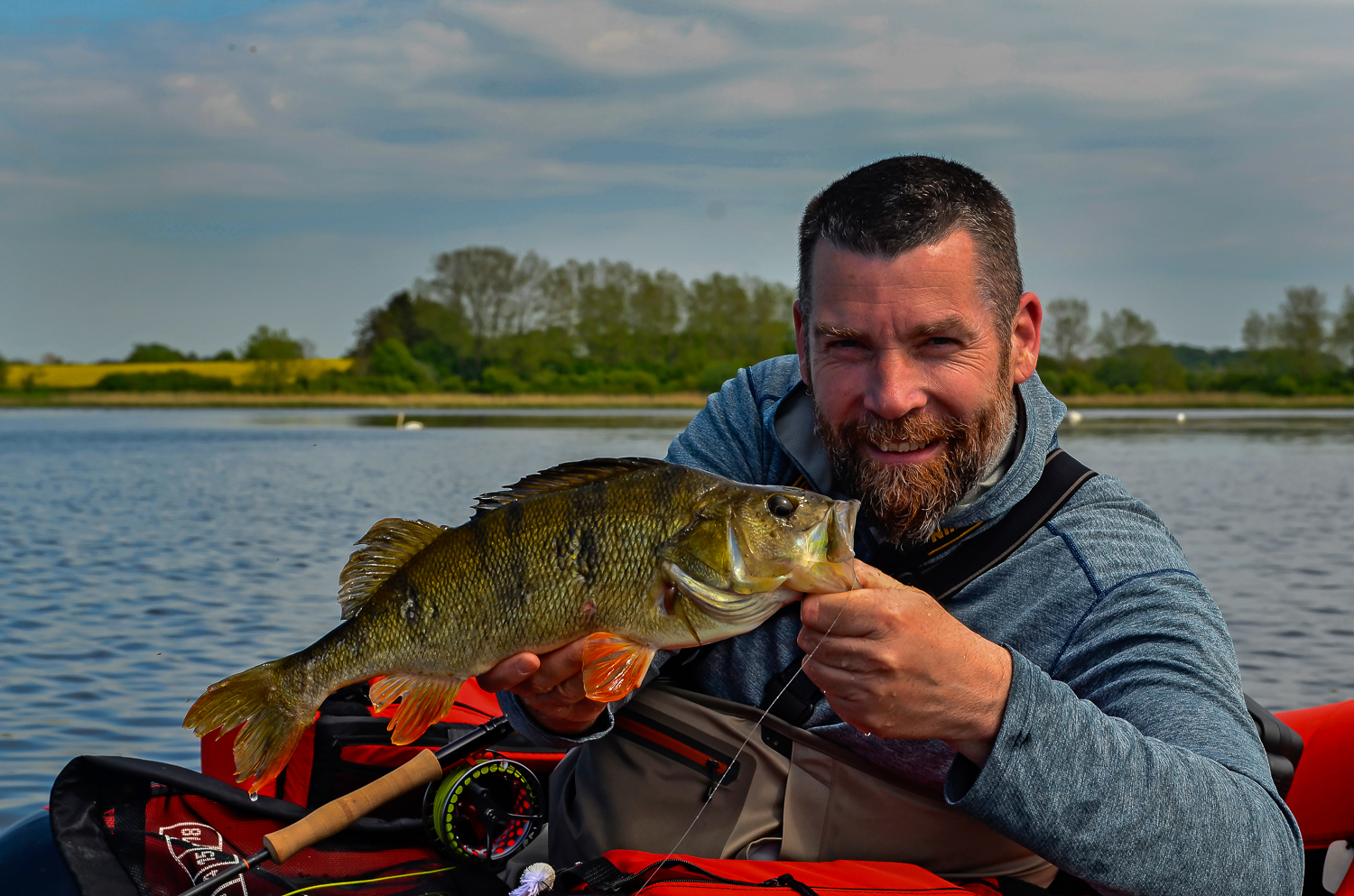 For more info on perch fly fishing, check out this previous post: Perch – new kid on the (streamer) block

And a couple of hot perch flies

If you need to get down to find the perch a crayfish pattern is always a go-to fly. Check out this new video from our American friend, Svend Diesel.

For topwater fishing I like a downscaled version of the Chartreuse Salamander.

And if you just wanna grab something from your trout fly box, the classic Woolly Bugger is second to none. 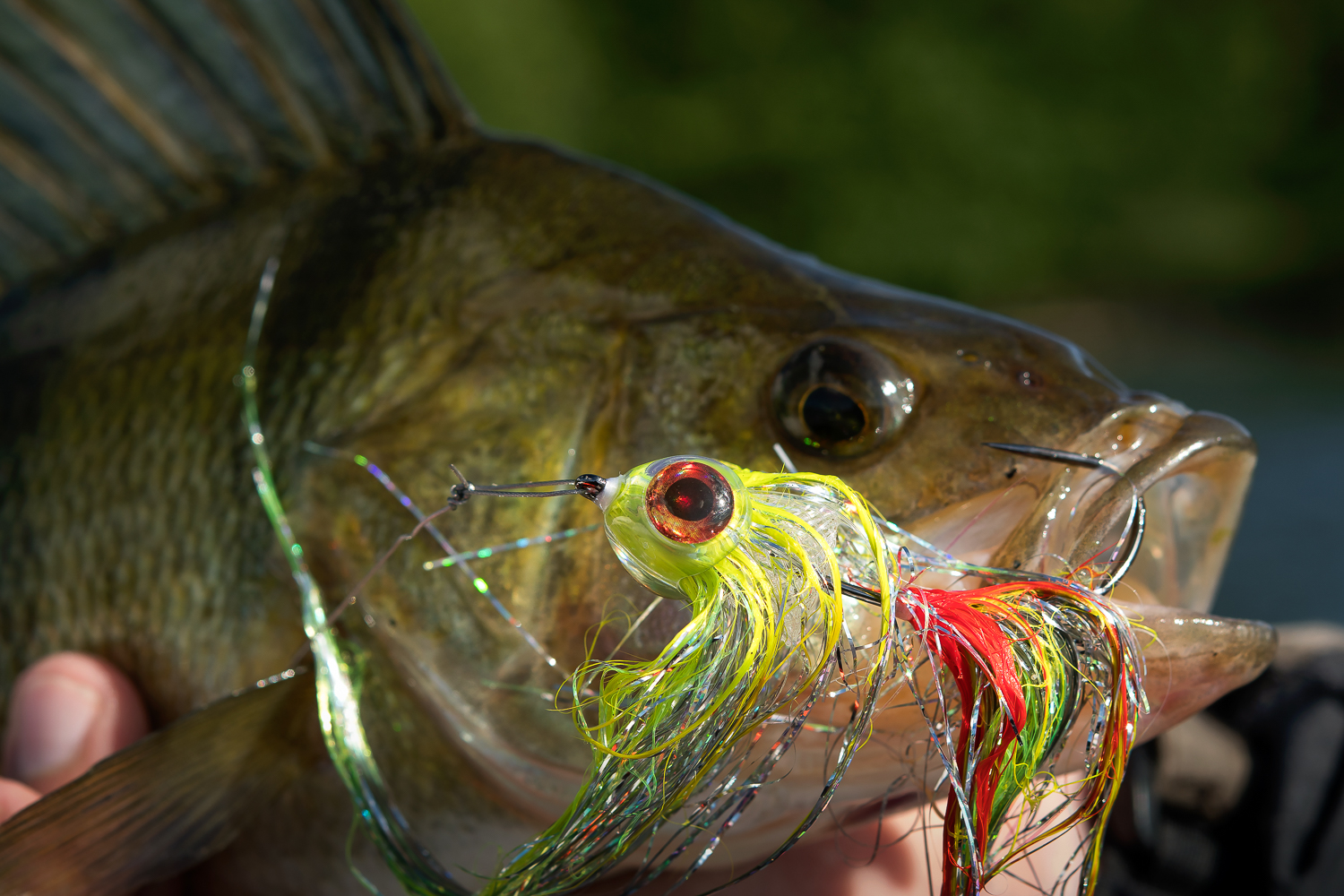