The Europea 12 is a simple, beautiful dry imitation of a sedge or caddis. Originally it’s a French pattern, attributed to André Ragot – according to the Danish author Preben Torp Jacobsen. I’ve not been able to find out how old the pattern is, but Preben Torb Jacobsen has published it in 1976, so it’s older than that. Something tells me it’s from the 1960s, but that’s nothing but a hunch. 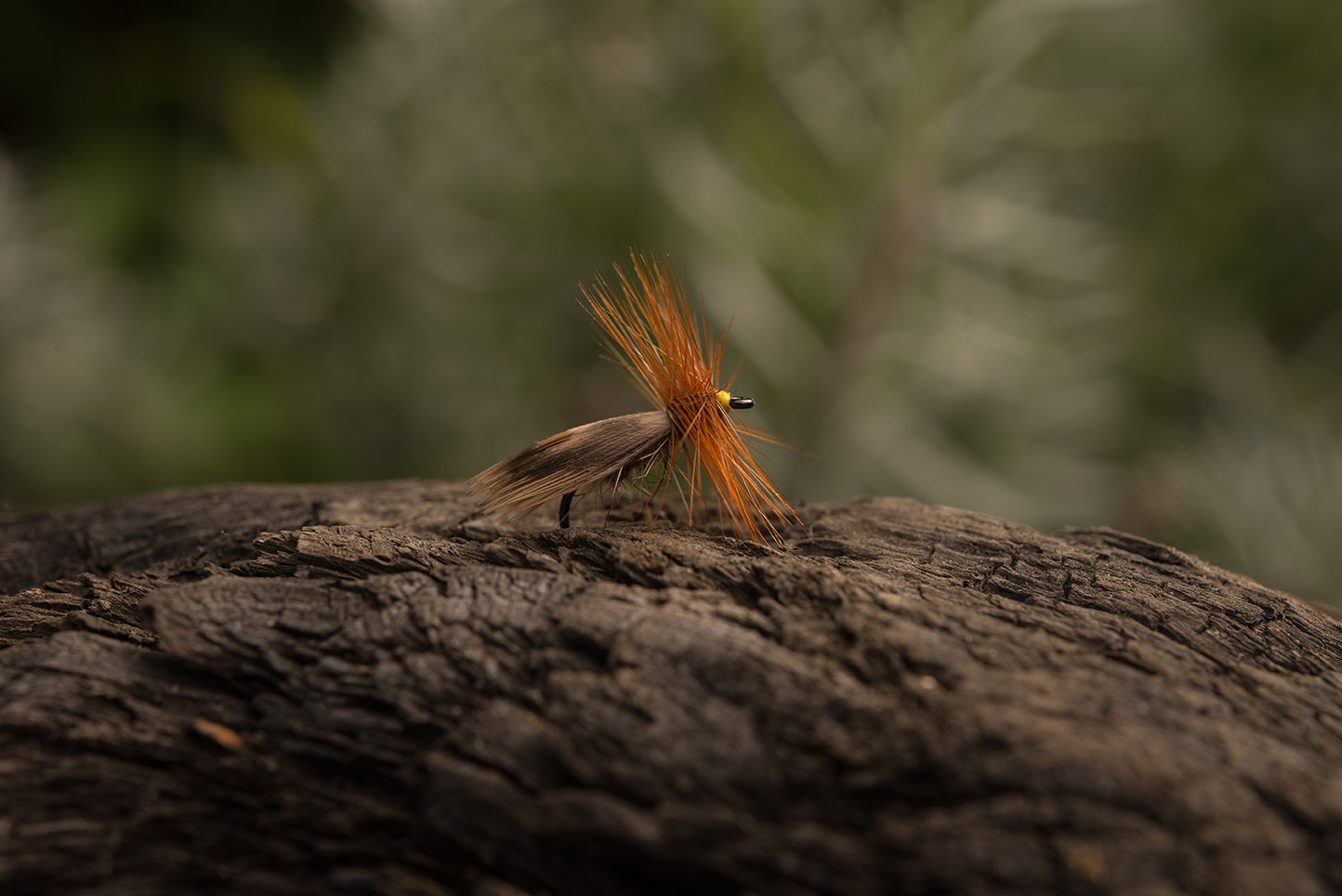 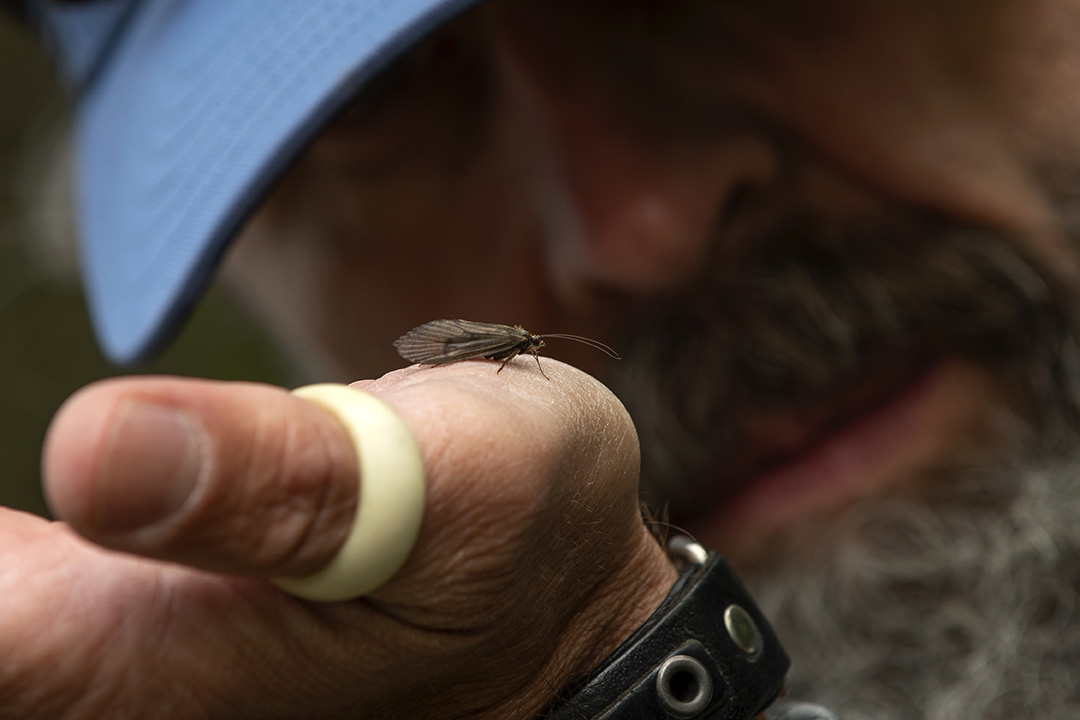 The breast feather from the female mallard is the key material in this fly. It’s an easy feather to use. Often it’s a little “flimsy” and especially on the bigger flies, it’s advisable to use two on top of each other. The feather should be tied in a little longer than the hook bend. The feather is wide, so it’s easy to get it to fold around the abdomen, so it “roofs” like the wings of the natural. To ensure that the feathers lie flat over the abdomen, tie the dubbing a bit further towards the hook eye than needed, so you tie in the feathers over the dubbing, instead of against it. That way they lie flat. If you tied them against the dubbing, the dubbing would cause them to point upwards. 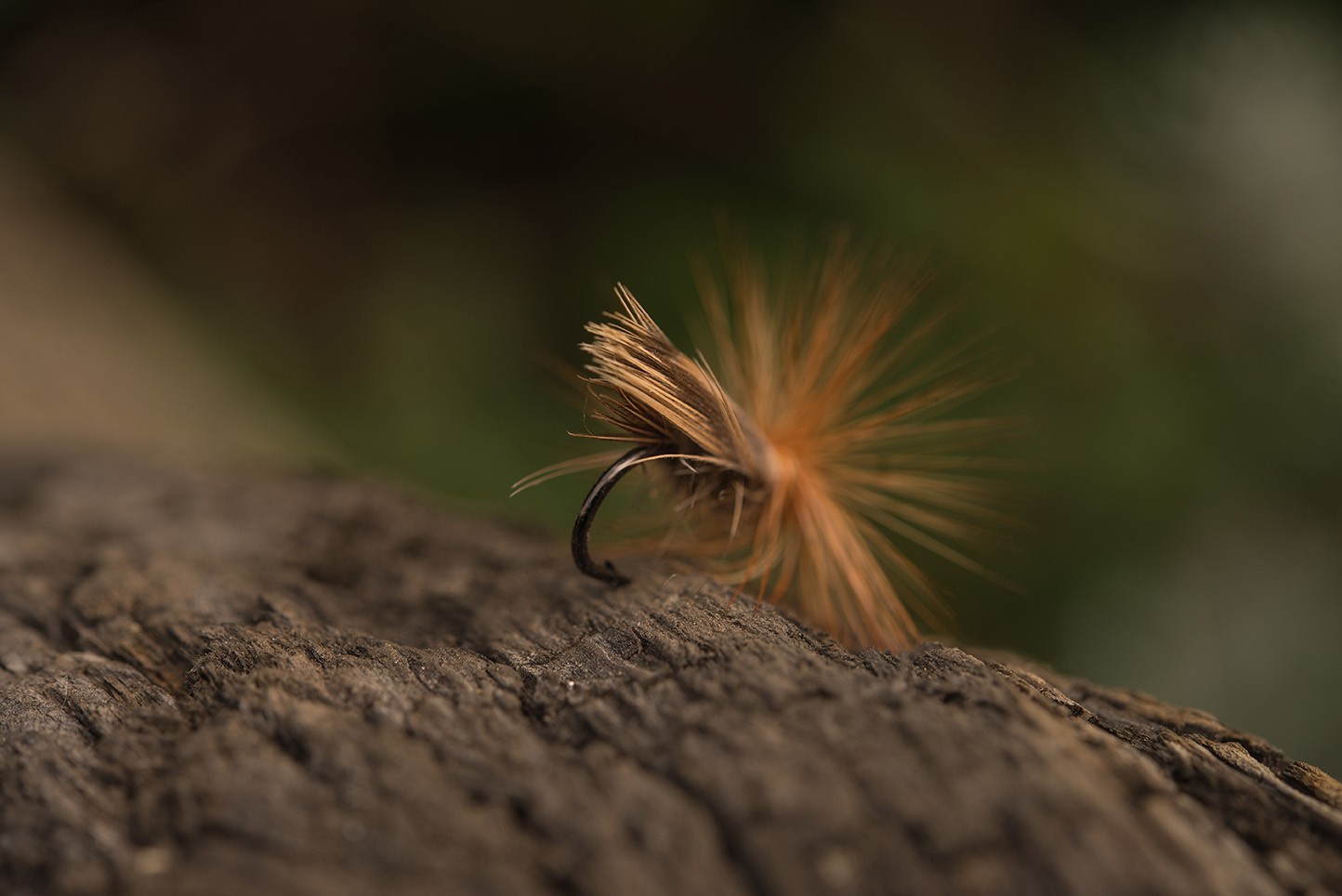 It’s a paradox that the imitation has a tail, which the natural does not, and has no antennae, which are a prominent feature in the natural. The fly is extremely popular in Scandinavia, and especially in Sweden. Lennart Bergqvist published it in his classic book “Flugbinding – på mitt sät” in 1989 (Flytying – my way) and popularised a slightly updated version. He excluded the tail and used FlyRite for the abdomen, and used a game red and a grizzle hackle, but kept the wing the same. 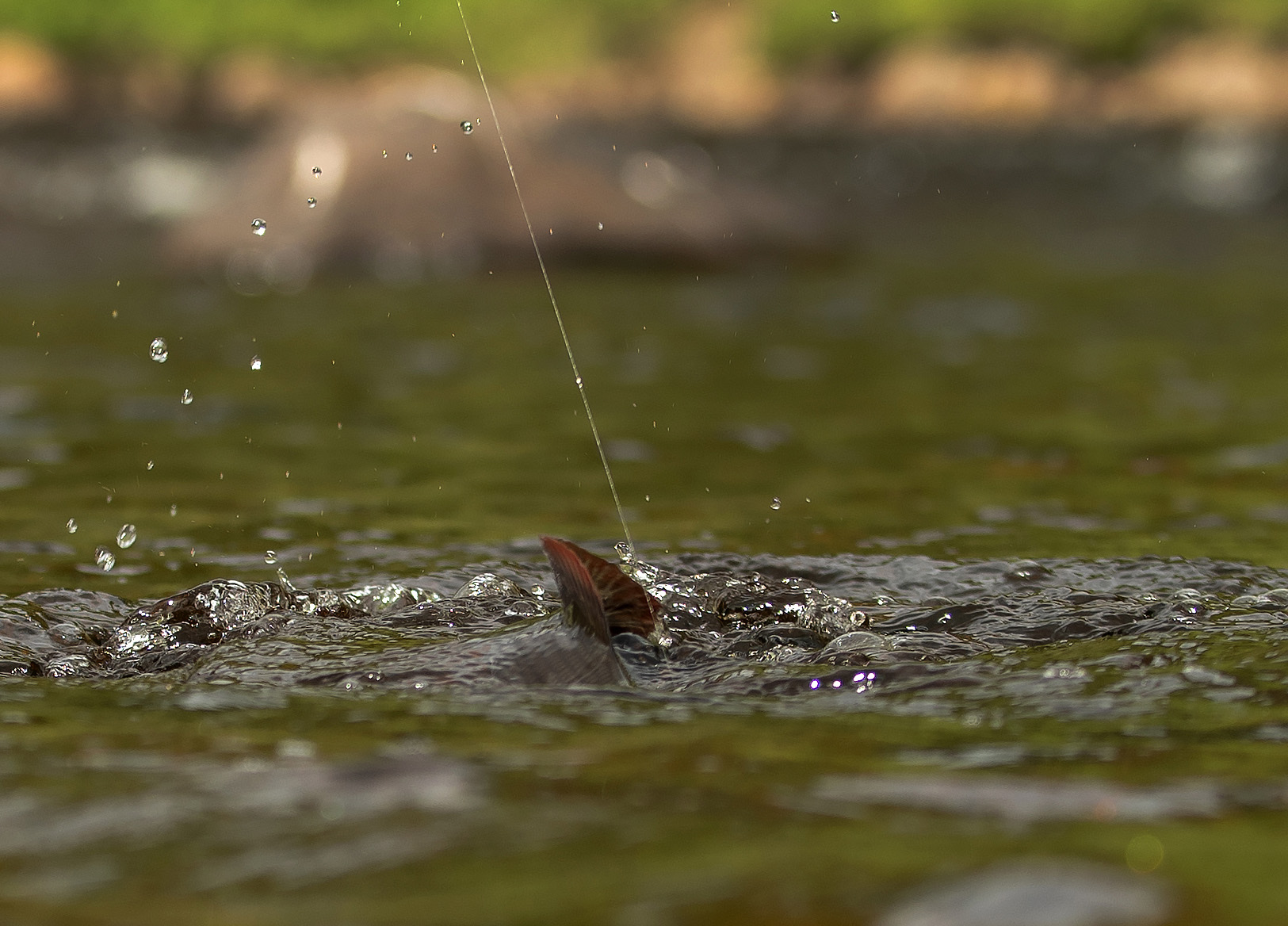 I first came across it in the 1990s. I was fishing a small stream in Denmark – for grayling – with a friend. The river is quite clear and as we were scouting for rising fish, a pod of grayling drifted down stream and settled in a deep turn right where we stood. I drifted a heavy nymph past the fish a few times with no reaction. My friend – quite a lot more experienced that I – said: “You’ll never get them that. Have you got an E-12?” 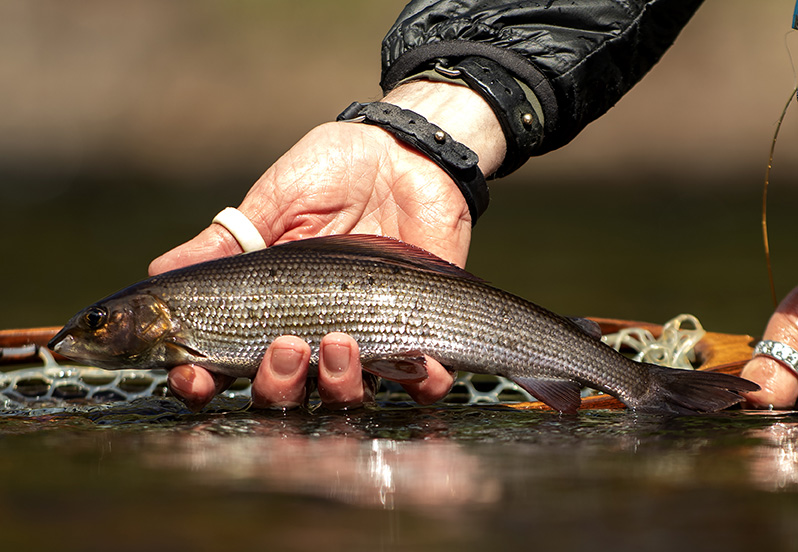 I didn’t know the fly at the time, so I got one from my friend. Tied it on, cast it maybe 5 meters upstream and let it drift. The biggest grayling confidently shot forward a little bit, rose and took the fly slowly. Since then I’ve always had the fly in my box and caught numerous fish on it. In hatches, blind fished and difficult fish.

The fly really has something about it – an ability to pull up difficult fish where nothing else works. 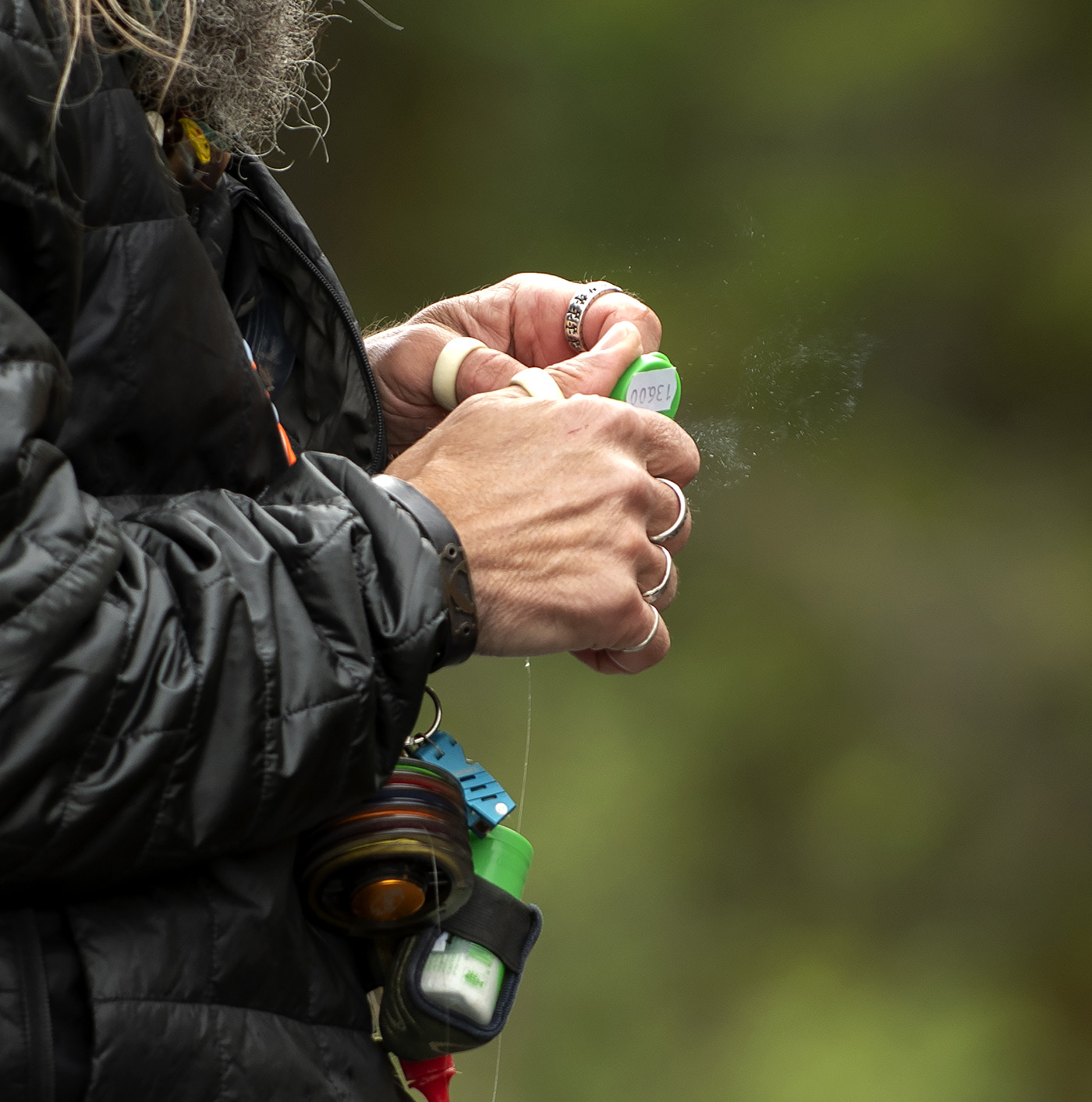 It’s a fast, easy and cheap fly to to tie and with a little floatant on the hackle and wing, it floats really well and you can skate it if you so desire. One word of caution: If you want top quality mallard breast feathers, get a skin prepared by a taxidermist. Unfortunately they’re rarely available commercially. You can get the feathers loose in a bag from most dealers, but you’ll have to discard most of the feathers, but there’l be good ones in there, and they’re cheap.

If you haven’t got them – tie up a batch in sizes to fit the hatches in your streams and rivers for nest season. You won’t regret it.

All the best for now
Lars