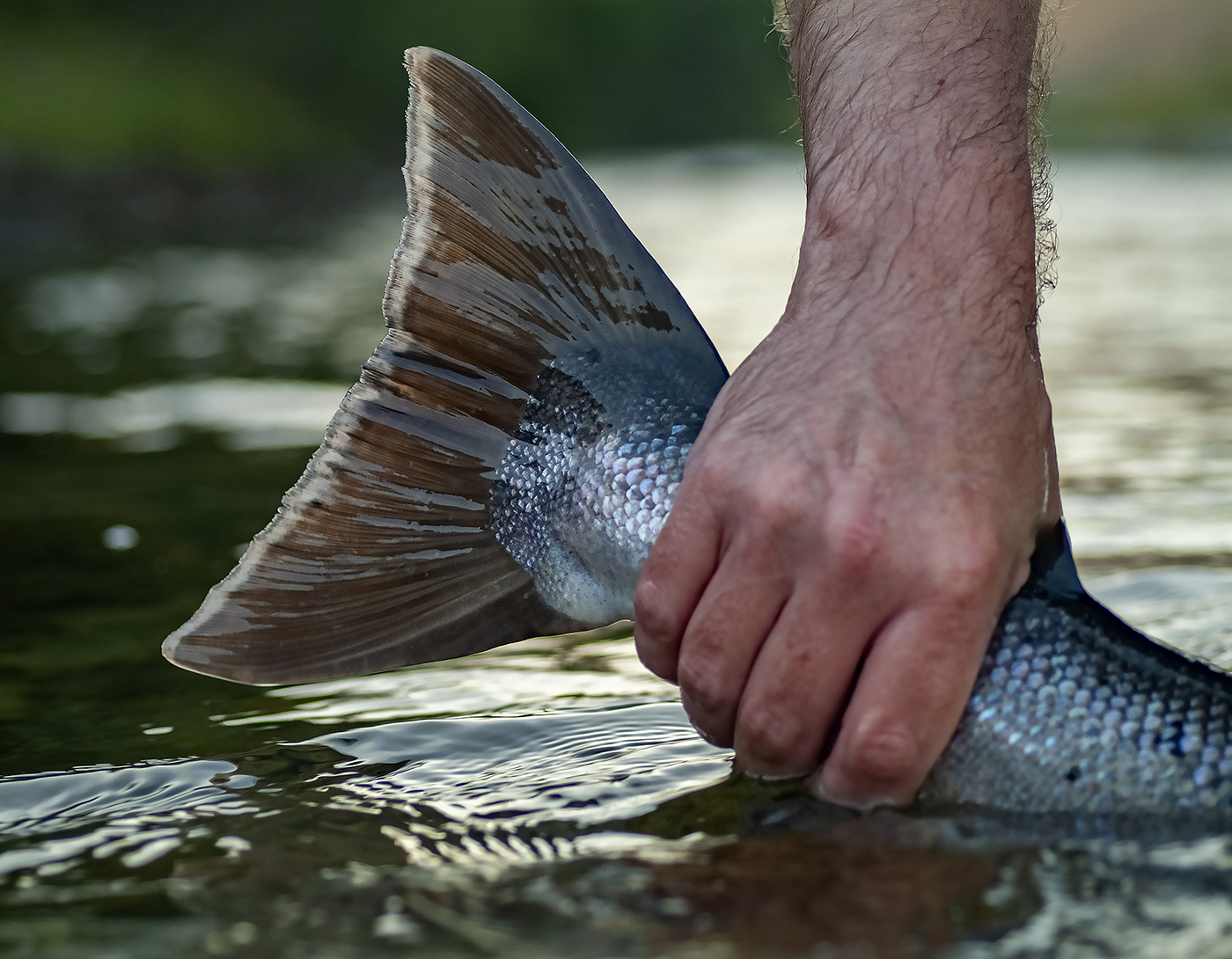 … in the salmon rivers might seem relatively far away right, but that allows proper preparation (or as a former, German elite forces friend taught me – The 7 P’s: Proper Planning and Preparation Prevents Piss Poor Performance). And while this proverb might have otherwise serious consequences in his former line of work, it also has the potential to get the most out of a week of otherwise difficult fishing.

The wisdom of fishing small flies, sometimes what seems like impossibly small flies, for salmon is old. The legendary A. H. E. Wood who fished the Aberdeenshire Dee, there invented what is now second nature to every salmon fisher – floating line fishing. Except his lines didn’t float as ours do today. Modern lines have positive buoyancy, which means they actually float, they are lighter than water. In Wood’s day, lines were made of silk and silk has negative buoyancy, which means they sink. Not like a modern sinking line, more like a modern intermediate line. Wood recognised that flies just under the surface were very effective and in order to keep his line on or in the surface, he began greasing the line to make it hang in the surface film, much like when applying a floatant to a dry fly. By doing so, Wood invented what was then called greased line fishing.

Another proponent of “near-surface-fishing” was another salmon fishing and salmon fly tying legend, Ernest Crosfield. Unfortunately neither Wood nor Crosfield never really wrote anything but short articles. Unlike Wood, Crosfield preferred to fish his fly fast across the current, even pulling it to speed it up. And while Wood preferred light dressed single hooks, Crosfield preferred doubles (maybe they would both have appreciate our HR 410 and HR 420?). Crosfield and Wood got acquainted and after this, Crosfield took up greased line fishing.

Donald Rudd (under the pseudonym Jock Scott) wrote a book on Wood’s methods (Greased line fishing for salmon, The methods of A-H-E Wood of Glassel). The cover of this book shows some of Wood’s favourite flies and among these of of course the classic, the Logie.

Kelson adds a short note below the dressing: An excellent Summer pattern in dull weather on the Dee. It’s dressed on small double hooks.

There are other well known, classic low water patterns, the Jeannie for instance and as they are simple, they are easily converted to more modern hair winged versions, where you can retain all the original characterics with easily obtainable and relatively cheap materials. There are numerous modern low water patterns to choose from as well, but why not try one of these over 100 years old classics, maybe even in the original dressing? Personally I love the touch of history fishing these flies, both in original dressings as well as modern conversions.