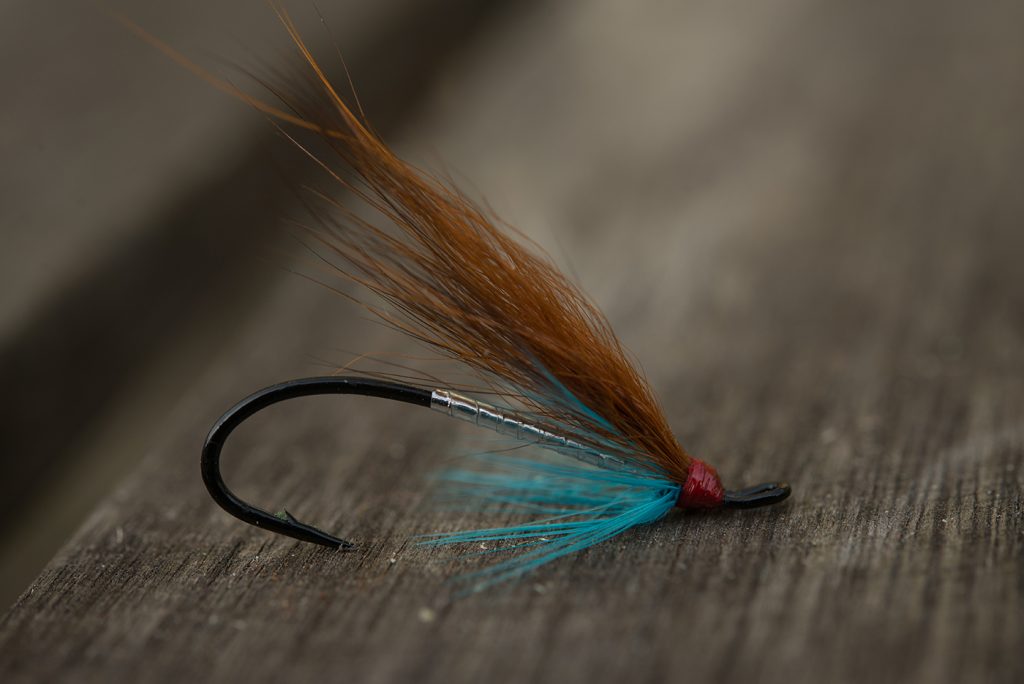 I’m not sure how many of the younger generations of fly fishers are familiar with the name Hugh Falkus? When I was new in this hobby, Hugh Falkus was a giant. One of Britain’s most well-known, well-respected and revered fly fishers. He was a prolific salmon- and sea trout angler, living almost on the banks of the Cumberland Ask with other hallowed streams within easy reach. 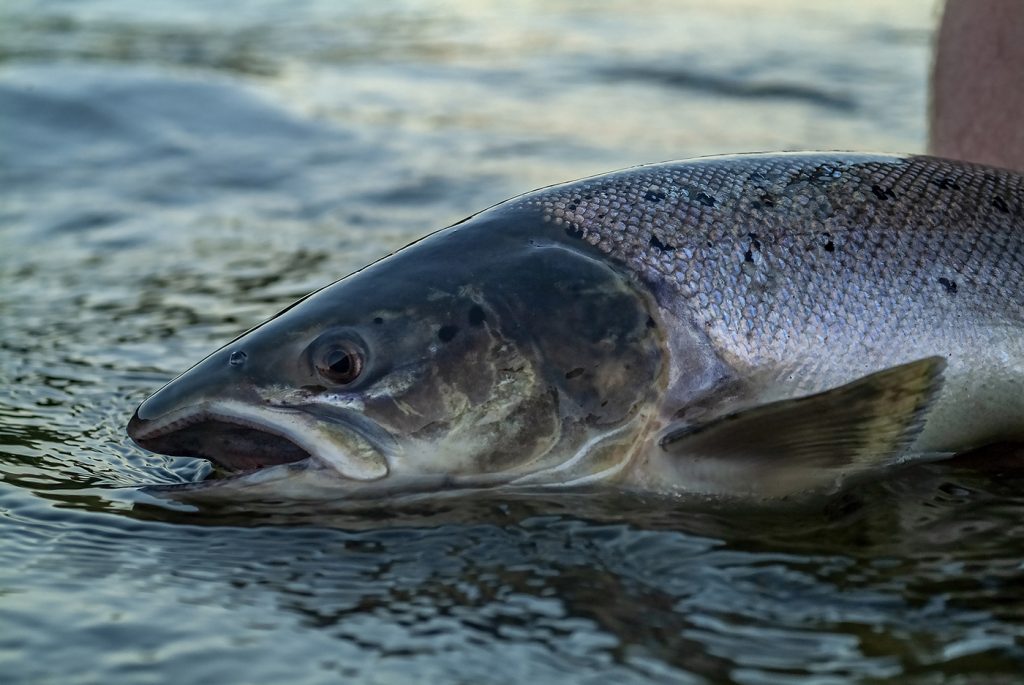 I’ve never met him, but I wish I had. My friend, Michael Beck-Hansen, has fished with him in his home rivers and has written a strong account of his nature and character in his fantastic book, Størrelse er ikke alt (in Danish only, I’m afraid. The title translates directly to “Size is not everything”, which is a typical characteristic of Michael’s own format, always with a wink in his eye). Michael makes a point of telling us that “mediocre” and “common” are words never used when referring to Hugh Falkus. According to Michael he was humouristic, a fantastisk storyteller, extremely insightful and generally a quite extraordinary human.

Falkus led quite a life and just reading about him, it’s obvious that he did indeed have stories to share. A fighter pilot in the Royal Air Force during World War II, shot down in his Spitfire in 1940 during The Battle of Britain, taken prisoner and remained so until the end of the war. After that he became a film maker/producer, a presenter, author, naturalist and instructor. He lived the last half of his life in Cragg Cottage on the Cumberland Esk, where he ran the Hugh Falkus School of Spey Casting. 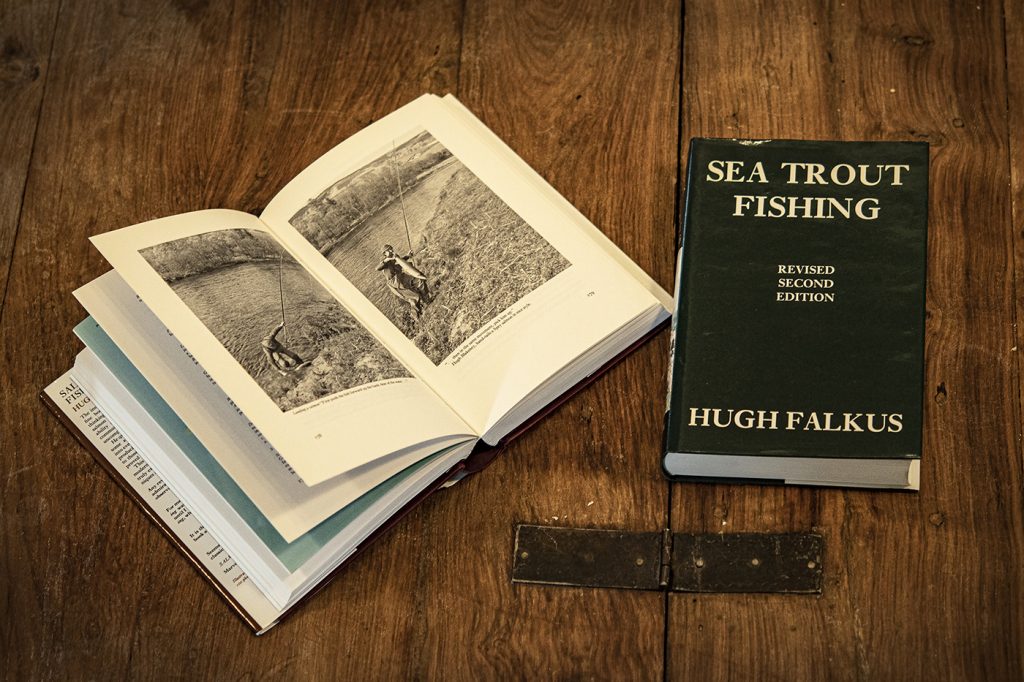 His literary achievements count the two classic tomes, “Sea Trout Fishing” and “Salmon Fishing, a practical guide”. Both classic works that everyone should read and probably his most important works among several.

We make hooks and so did Falkus. He had novel ideas when it came to flies and he’s most known for his simple, beautiful and effective sea trout fly, The Medicine. Silver body, blue hackle and a mallard wing. Falkus even resorted to painting the body silver rather than using tinsel. Practical and fast. 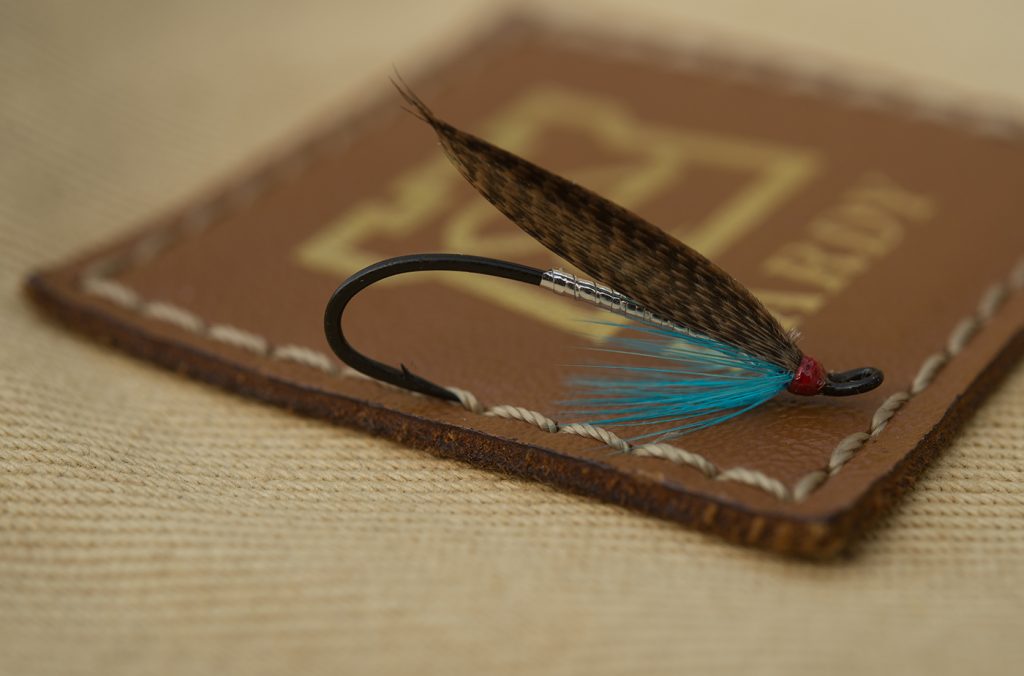 As simple and beautiful as The Medicine is, a few other of his flies are quite different. They were based on Hugh Falkus’ own hook design, HF Outbarb Double. Small double hooks with the barb on the out side of the hook bend, rather than on the inside. Apparently Falkus saw this at a museum, where stone age bone hooks were on display – they had the barb on the out side. 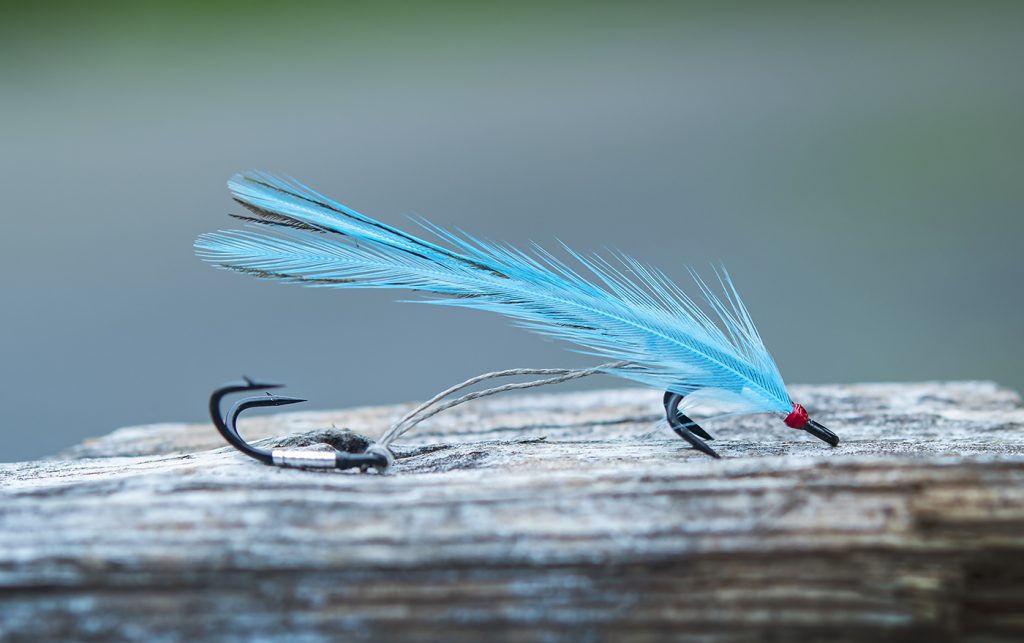 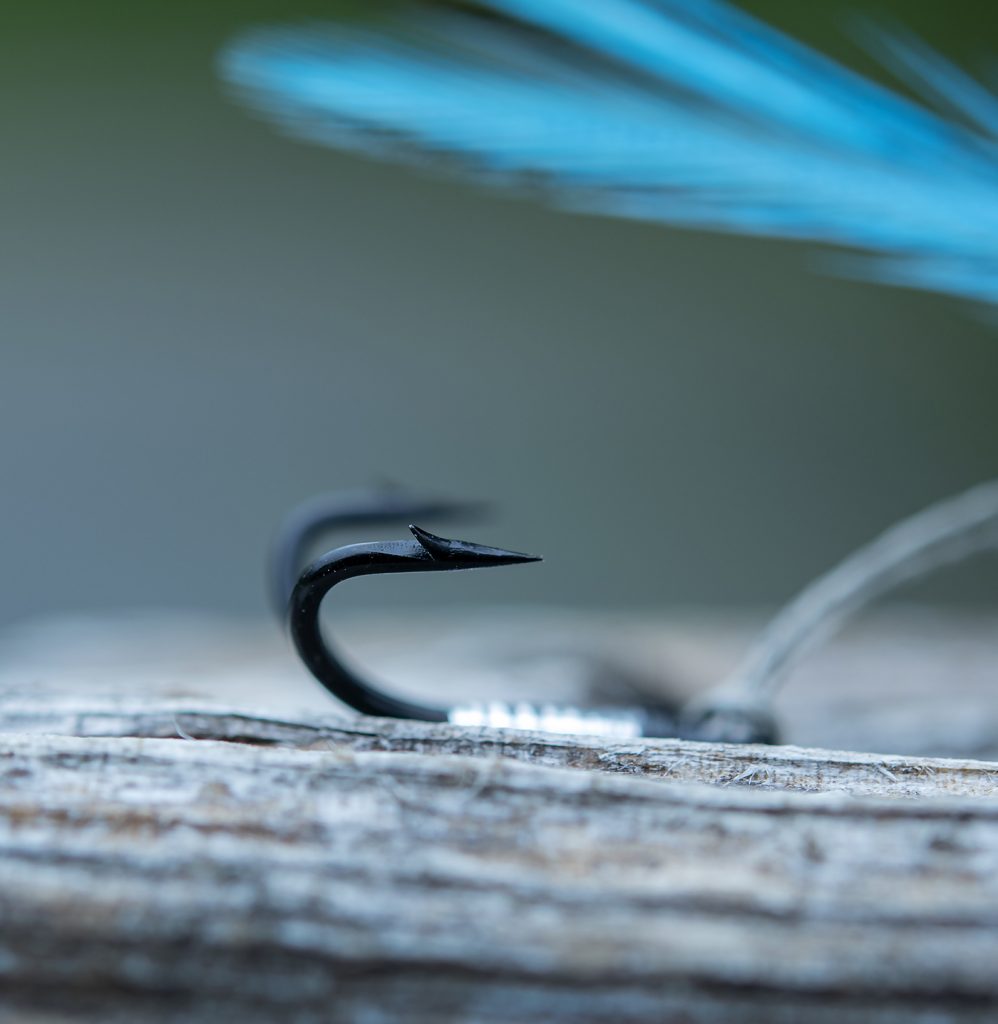 Sea trout can be notoriously difficult to hook – especially in low, clear water. They can be impossible-to-hook “tail-biters”. This was where Falkus’ outboard doubles came into play. He tied tandem flies with two doubles to hook the sea trout, when they were tricky. Few would use two hooks today, but his general idea of getting a hook far back is still very much in use today. Two of his flies using this technique are Sunk Lure and Worm Fly, the latter simply two Red Tags on a tandem rig. 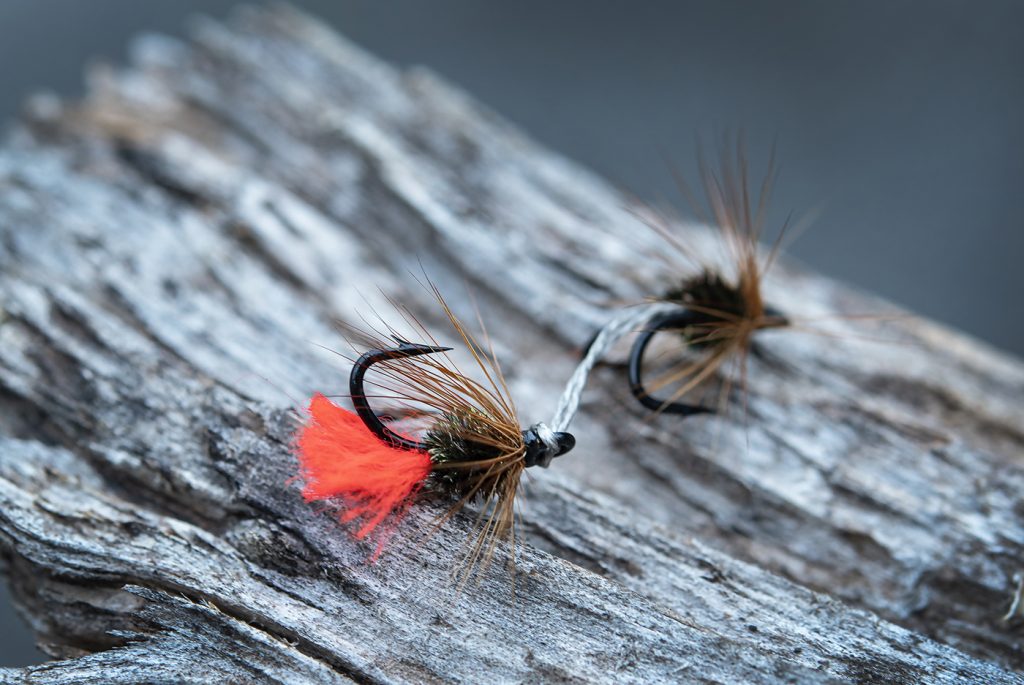 Our double tube fly hook, HR 440, can easily be used for this type of fly, although as mentioned, I’d only use the one in the back and tie the front part on a hook with the hook bend cut off, or on a short shank.

The nest time you’re bored, snowed in, the river is too high, the rain is pouring or the rod is broken, consider one of his books. They’re well worth the effort.