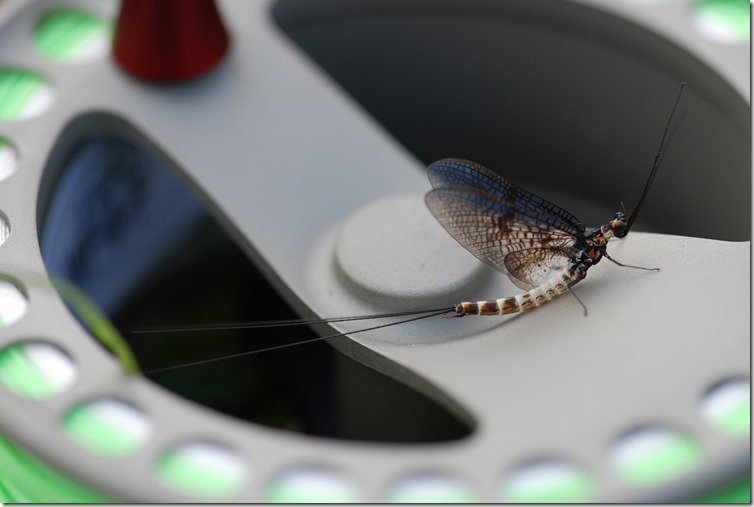 Spring has turned directly into something that feels a lot like summer in our neck of the woods. We are still in May, though – and here in Scandinavia that means mayfly time. And it’s not just any mayfly I talk about. It is the large Ephemera danica that is commonly found in clear water rivers and lakes with sandy or gravelly bottoms throughout Europe and the British Isles. Together with it’s close relative, the lake-living Ephemera vulgata, this is flyfishing’s national bird around here.

Today we have brought in a guest blogger, who chase this important hatch each year. Lars Chr. Bentsen is a fabulous fly caster, fly tier and angler. You have probably seen a lot of his tying film on our YouTube channel. He is also blogging for sexyloops.com, under the alias Viking Lars.

Today he is the man behind the photos, the words and the film in this blog. I give the word to Lars:

The most important time for Scandinavian flyfishers is ahead of us right now. Now is the time when the Ephemera danica hatches, and the Danica is the largest mayfly in Scandinavia, and they usually hatch in good numbers, bringing the large trout and grayling to the surface. 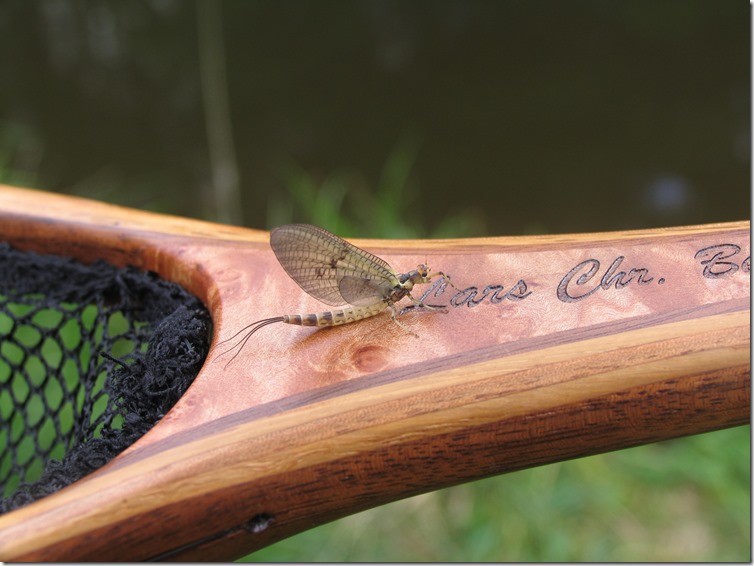 The Danica has a “cousin” in stillwater habitats, the E. vulgata, which also hatches now, and can be imitated with the same flies (you might need to adjust the colours a little).

The Danica is a big insect, up to over 2,5 cm in body- and winglength for the females (the males are considerably smaller). Sometimes it takes the fish a few days to figure out that the huge sailing boats on the surface is actually food, but once they do, the fishing can of course be good. 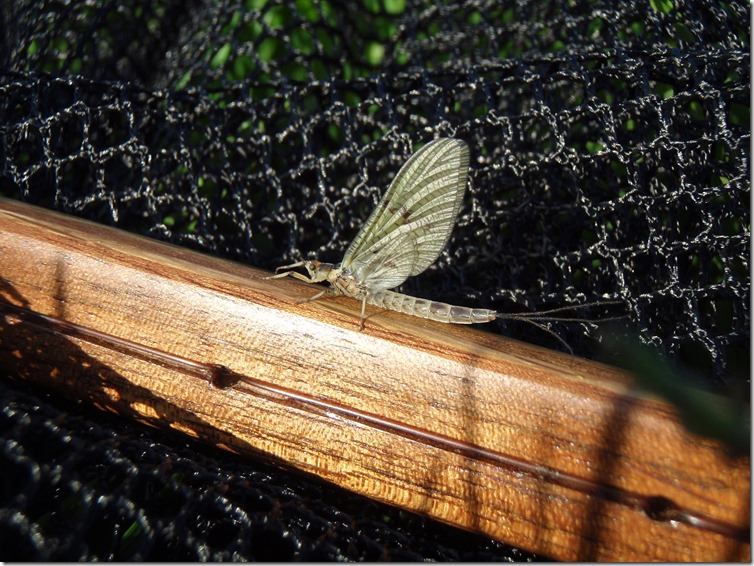 In England, the hatch of the E. danica is often called “Duffer’s Fortnight”, which undoubtedly refers to the fact that fishing can be easy, often in fact, it’s difficult. One thing is for certain – you need the right flies. Your normal patterns just won’t cut in the next three weeks, and I find it’s important to have both nymph, emerger, dun and spent spinner in the box. Often trout and grayling become selective during this hatch, and every now and then, it’s obvious that a fish prefers a certain stage in the insect’s life cycle.

Not only is the Danica the biggest mayfly in Scandinavia, it’s also the only one where the nymph lives for two years before hatching. They hatch at the surface and simply because the insect is so big, it’s easy to see. Bring a small net or an insect seine to the river and catch some mayflies. Its a fascinating show to watch the insects struggle to rid themselves of the nymphal shuck, before finally breaking free and start the process of pumping up the wings.

Trout and grayling take advantage of the big insects once they’re used to them, and the often quite literally stuff themselves with mayflies. 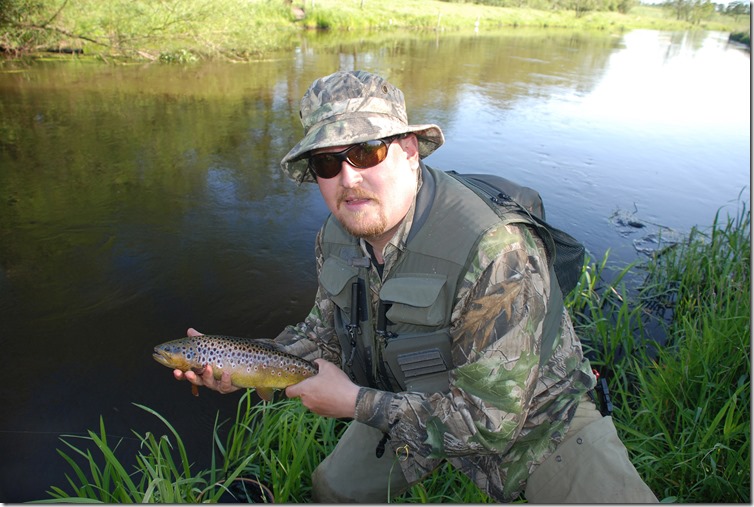 Apart from the hatch itself, the mating dance is also quite a spectacle to watch. If you can find large bushes or trees that give a little shelter from the wind, in the afternoons and evenings, you can witness myriads of Danicas performing the characteristic float-up-and-down-dance, before the mate. 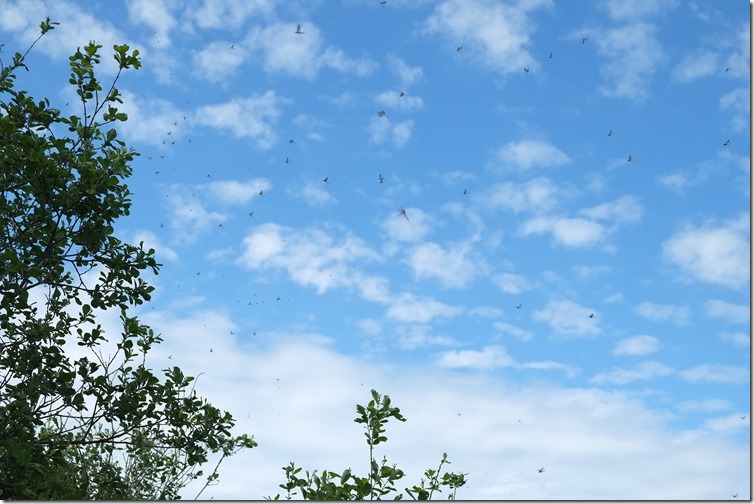 And the spinnerfall is incredible. As the females lay their eggs they die on the surface, and fish know that this is easy prey. A big bug, unable to escape. The imitation is in itself easy enough, but sometimes you’ll see spent spinners vibrating on the surface, and some fish really lock onto this vibration, and it’s so fast, so high-frequent, that it’s impossible to imitate. But it’s fascinating. And one piece of advice: In a heavy spinnerfall, don’t pass on what looks like small fish eating the spinners. Often the biggest, oldest and most wary trout make the smallest rings of the day in a heavy spinnerfall! 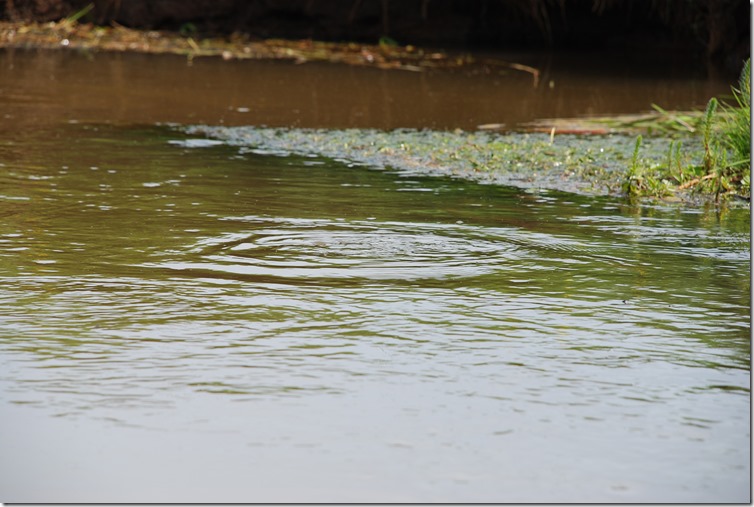 The imitations are big, so choose the right gear. Many use 2-wt or 3-wt outfits for dryly fishing, but in the Danica hatch, I never go below a 4-wt and often choose a 5-wt. Don’t use the thinnest leaders either – your leader will kink. I very rarely go below 0,14mm and usually use 0,16mm. This also helps a lot in turning over the leader if there’s a breeze. Another thing to bring is a pair of binoculars – it’s fascinating (and enlightening in terms of fly choice) to watch the trout and grayling sip the big insects off the surface. 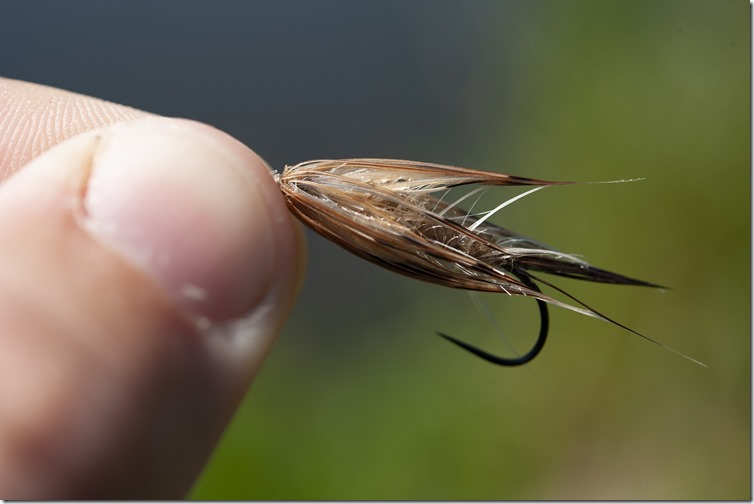 The terms “mayfly” is a bit confusing, since the peak of the hatch is in early June. The name however is old enough to have been established before the switch to the Gregorian calendar. Before that we used the Julian calendar (named after Julius Caesar). The Julian calendar was not accurate by 1700 AD, the calendar was 11 days short, and so the switch to the Gregorian calendar was made in 1700. Hence the name, mayfly. The insect itself was first named and described by Danish naturalist, Otto Friedrich Müller, who in 1764 published “Fauna insectorum Fridrichsdalina”. He was Danish, and therefore named the insect “Danica”.

Enjoy the “Duffer’s Fortnight”. If you’ve never fished with a dry fly before, this is the time to try it. If you’re a seasoned veteran, you know you’re going to be slightly mad for the next three weeks!

Thanks a lot to Lars for chiming in with some cool stuff this week. We have a video for you as well. In fact, we have no less than 5 videos in a Mayfly theme this week. All produced by Lars, and tied on hooks from our Freshwater Series. The first video is released in this blog. The rest of them will be sprinkled out on our YouTube channel in the next week or so – so drop by. First one up is the Danica Deer Hair Dun. See it right here…

That all for today, folks. Have a nice weekend :0)