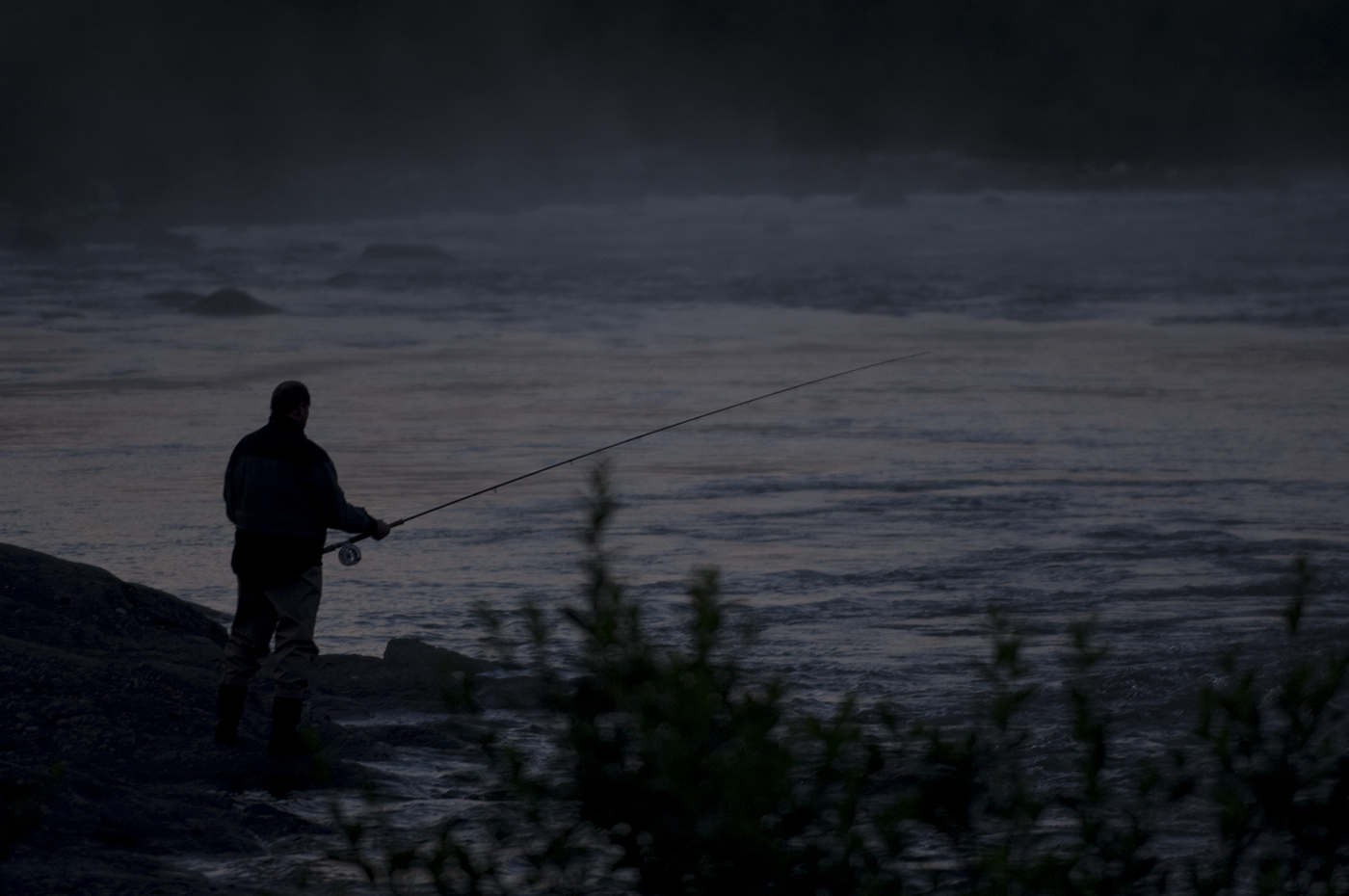 Imagine an English gentleman and his wife, in a beautiful, big Jaguar with two 17’ Falcon split cane fly rods strapped to the roof, driving down a small access road to a majestic, Norwegian river and you have an image of inventor of what is one of the most succesful flies of the 20th century.

The man behind this legendary and simple tube fly is Ray Brooks, an Englishman who fished River Laerdal over two decades – the entire season.

The fly quickly became popular, and Brooks even had flies stolen off his rods. Mr. Brooks was of course well aware of the fly’s efficiency and being a very simple fly, it was in danger of being copied and there are several stories of the fly actually being patented, but I’ve been unable to verify this. Mr. Brooks died in 1991, so we can’t ask him, but it’s a fact that the fly was mass produced and by a company here in Denmark. Gunnar Lawcock and Carl Albech ran a small mail order business, where they sold flies and tying materials, based in the small city of Vejle in Denmark. Ray Brooks chose KE-Fluer (KE-Flies) to produce the fly. The founders are no longer with us, but Gunnar Lawcock’s son, Johnny Lawcock, has been very helpful with information. He told me that Gunnar Lawcock himself tied all the Sunrays, as mr. Brooks was very particular with the flies. KE-Fluer had plenty of ladies tying other flies, but Gunnar Lawcock chose to tie Sunrays himself to ensure they met mr Brooks’ expectations.

Johnny Lawcock kept KE-Flies running after his father’s death and has stayed with Ray Brooks and his wife, Margit, in Norway many, many times. I asked Johnny how Ray Brooks came in contact with KE-Flies, and Johnny replied as the most natural thing in the world that this was of course because Ray Brooks’ wife, Margit, was from Vejle, where KE-Flies was based. Margit is still alive and well, and still fishing and I managed to get in contact with her.

Margit told me that the fly was named after “The Sunray Lodge” that she and mr. Brooks had on the Laerdal River. And as she said: “It does look a little like a long shadow in the water, and of course we liked that Ray’s name in this way also became a part of the fly”. Margit told me that Ray Brooks and a Norwegian biologist believed that the salmon followed glass eel up the rivers and ate them during their migration and that Ray tied the fly to imitate glass eel. Today we know they don’t eat as they migrate up river, but that doesn’t change the fact that Sunray Shadow is an extremely effective fly.

The original material for the long, black wing was colobus monkey. Margit told me Ray Brooks first got the material from friends they visited in Switzerland, who had rug made of colobus. It’s no longer allowed to trade colobus, but good quality goat is the most common and a perfectly good substitute. Margit also remembers that Ray Brooks actually had a plastic tube produced specially for the Sunray Shadow – with two diameters much like modern tube systems. Along with the tubes, Brooks also produced needle eye trebles, so the treble would fit in the tube – this was probably a first at the time. As far as I know, no body knows exactly when the fly was invented and Margit just recalls that it was sometime in the 1960ies. An opportunity Ray Brooks didn’t have was to use modern, needle eye double hooks like our HR 440/441 Tube Double  or even a dedicated tube fly single hook like our HR 430/431 Tube Single/Tube Single Barbless .

Sunray Shadow is not the first fly with a long, slender wing. The Collie Dog was invented in Scotland, probably in the late 19th century, but it was tied on hooks. It wasn’t first tube fly either, but it might in fact have been the first tube fly, where the hairs were tied “on top” only. Older tube flies like the Willie Gunn were tied collar-style with bucktail.

Today there are many variants and it’s not uncommon to tie it with underwings of different colours. Ray Brooks used them in large sizes, but today’s salmon fishermen also tie them in very small sizes for tricky salmon and low, clear water. Where ever you go for salmon, don’t go without a Sunray or one of its many relatives.

A big thank you to Margit Worsham and Johnny Lawcock for pleasant conversations, help and information. 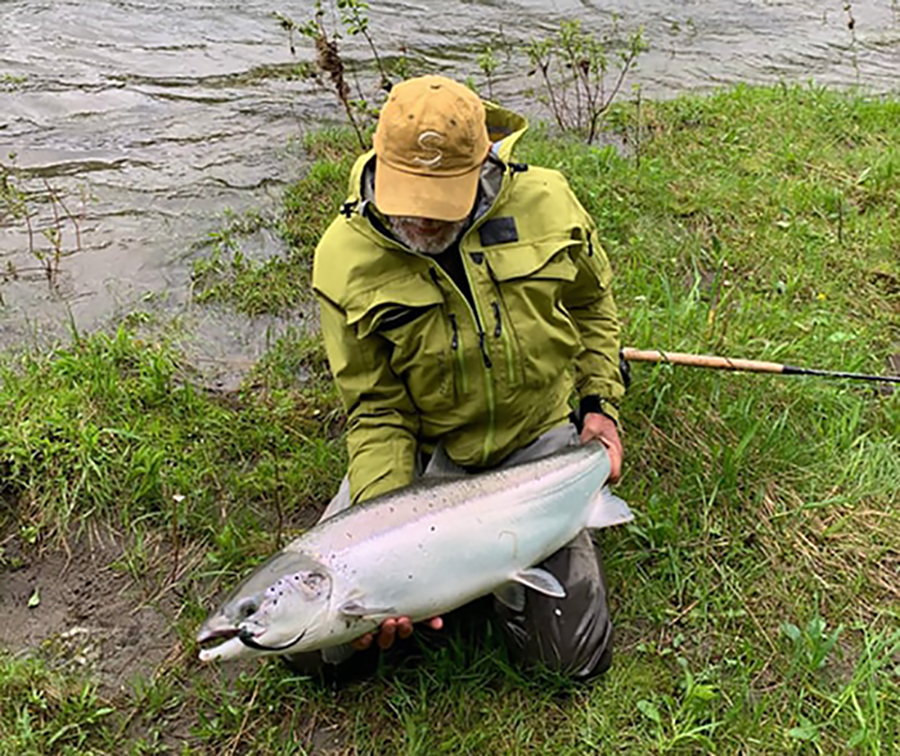 Michael Koch from Denmark – with a huge salmon taken on a huge Sunray Shadow. Michael often melts a small hole behind the head on his Sunrays and uses them as hitch flies – even the big ones.

This is how I tie my Sunrays. I like to use polar bear for the underwing and I incorporate a little Crystal Flash in the wing, where Ray Brooks relied upon the natural metallic sheen of the peacock herls. 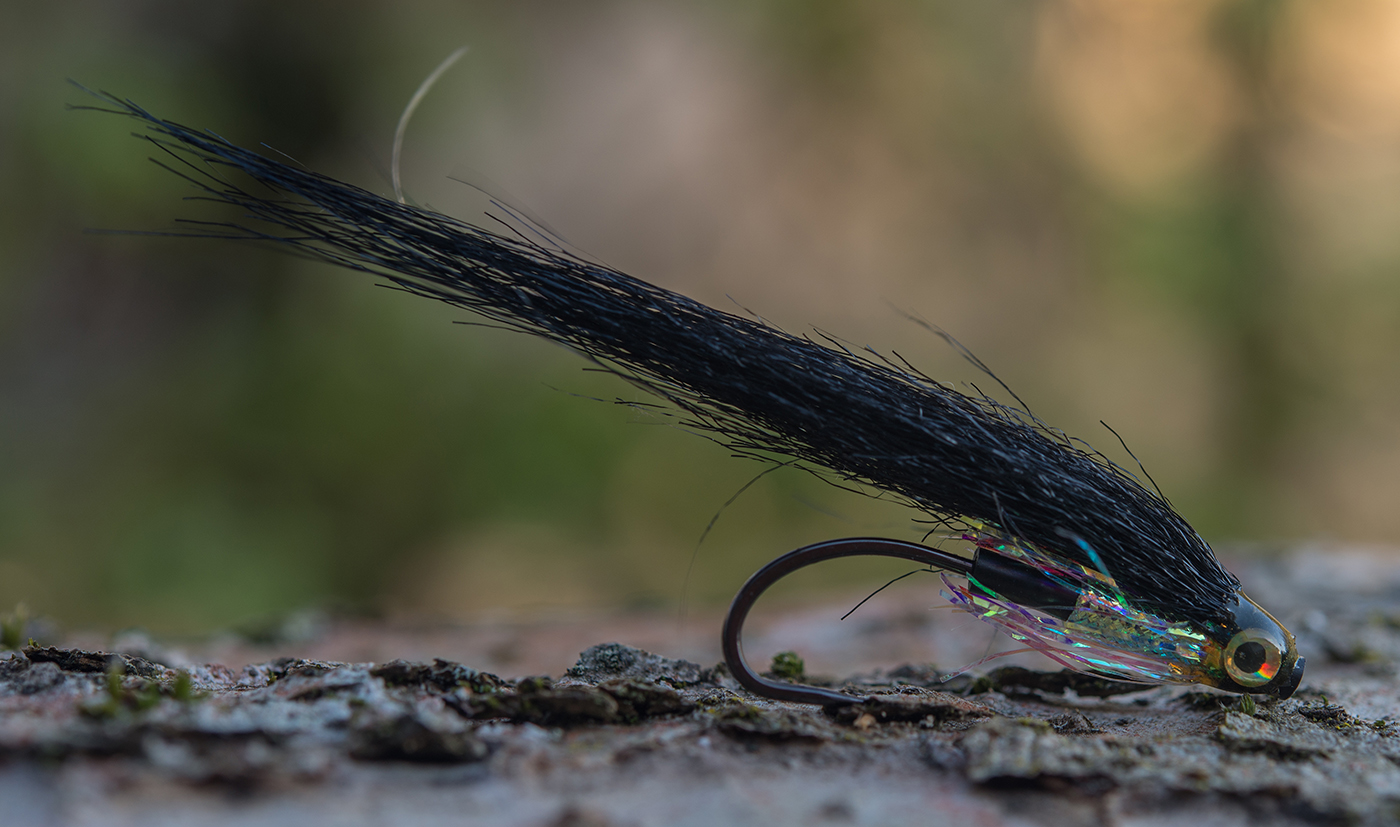 Henrik Kassow Andersen from Denmark began putting eyes and a small epoxy heads on his Sunrays, and had great success with this style on Iceland, where he guided for many years.