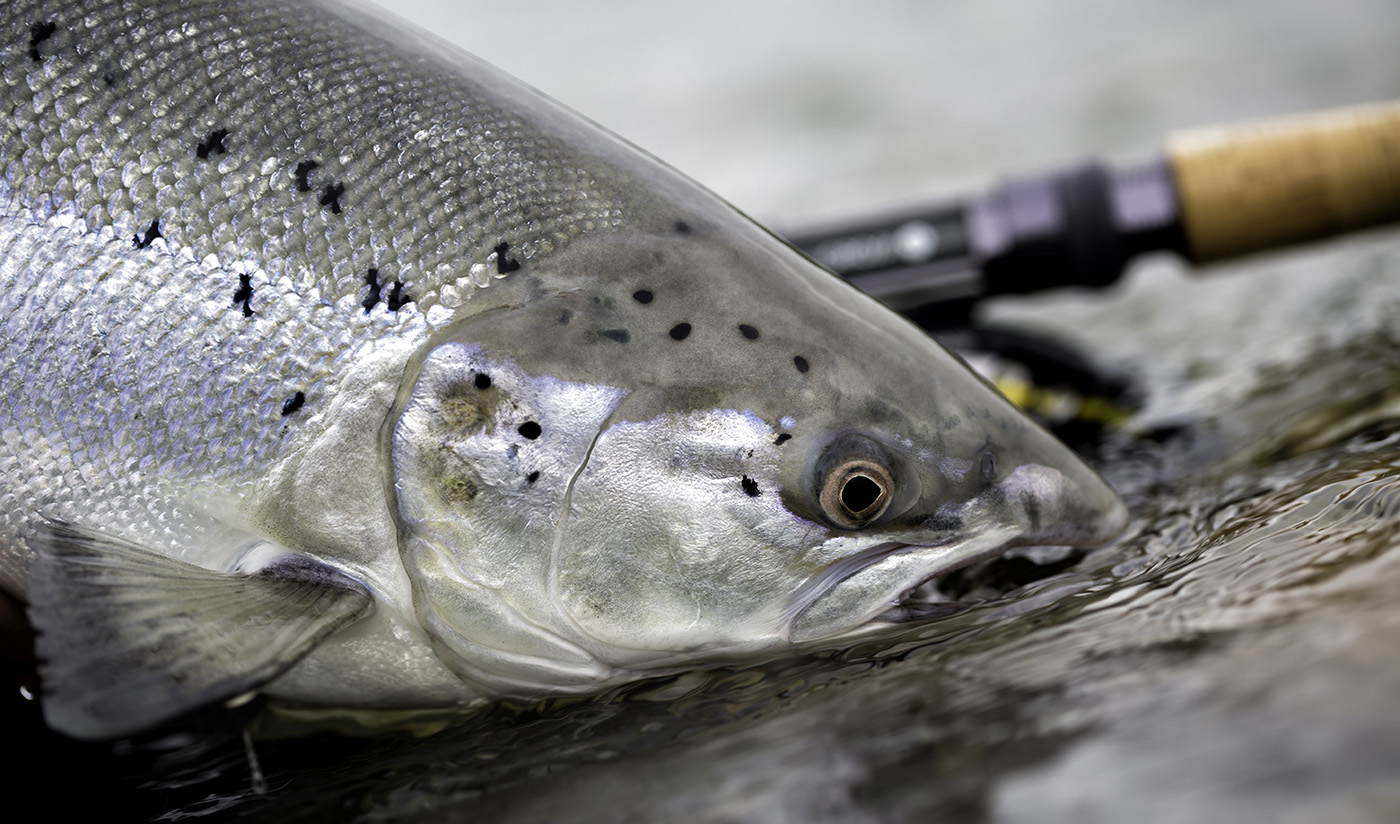 It’s interesting how salmon flies have evolved differently across continents and for different species of salmon, and even for the same species, atlantic salmon, which are found in Europe, North America and Russia. The American tradition included hairwing flies early on and the American flies are often cited as being the origin of hair wing flies for atlantic salmon.

Some flies have a clear style that connects them to a continent, a region, a country, even a river and while the European and American traditions are documented in volumes, flies from other regions and countries are harder to get a hold of. While most salmon flies, whether on tube or hook, are over the general concept of “wing-over-body”, som traditions steer in other directions.

One is of course the world famous Icelandic Red Frances, which is an odd fly, but it’s effectiveness is hard to argue against. 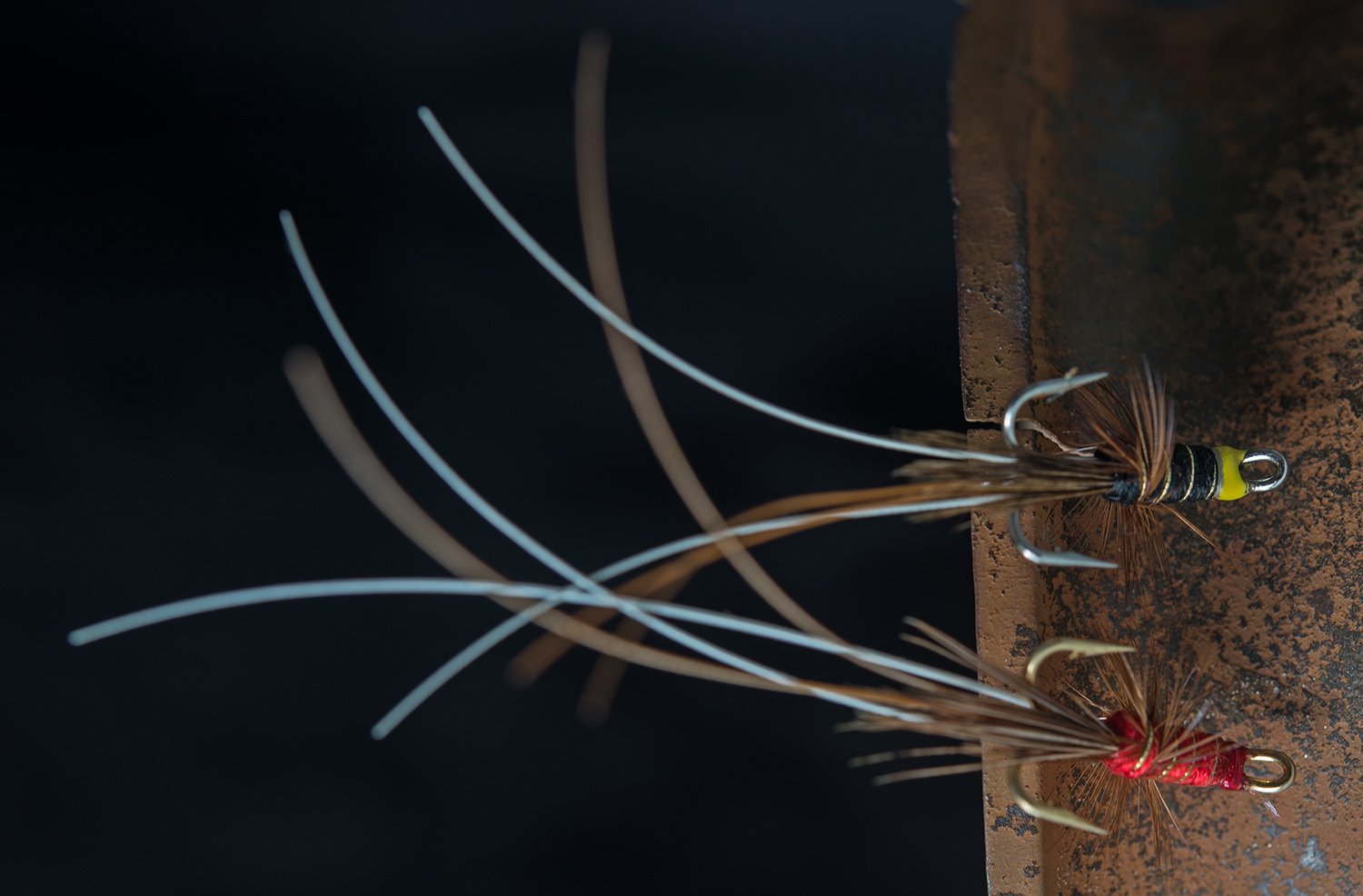 Long feelers and tied on small trebles is the “traditional” Red Frances. Here tied by the master himself, Skúli Kristinsson. Check out our HR 490 ED tying trebles here:

Without knowing which came first, the Red Frances has a Finnish relative called Sunk Bomber. The name can indicate that the origin for this fly is the Bomber dry fly for salmon, but the long feelers in the tail gives away another origin, I think. The Finnish Sunk Bomber is presented in Jan Grünwald’s classic book “Kunsten at fiske laks” (The Art of Salmon Fishing) from 1991.

And although neighbours to some of the most famous salmon rivers in the world, the Tana, Lakselv and the mighty Alta, it’s hard to find much information about Finnish salmon flies. Maybe that’s because there aren’t many, but there are some.

One I particularly like is called Viherpuna (which Google Translate tells me means red-green) and looking at the fly, I’m fairly certain that’s true. A simple fly (like most of the Finnish flies I’ve been able to find), but beautiful and even effective. I’ve caught salmon on it in Denmark as well as in Norway. 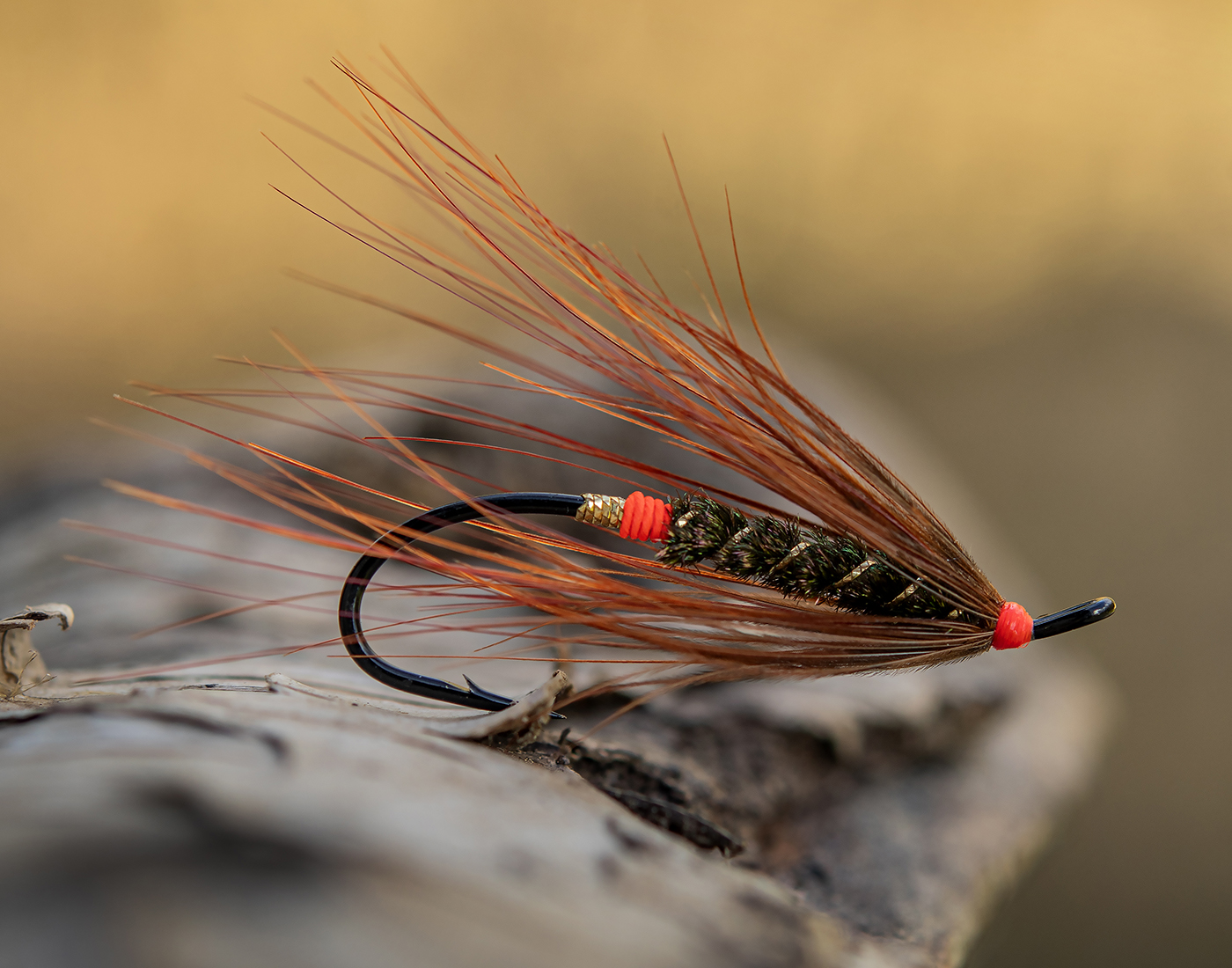 The dressing is simple: 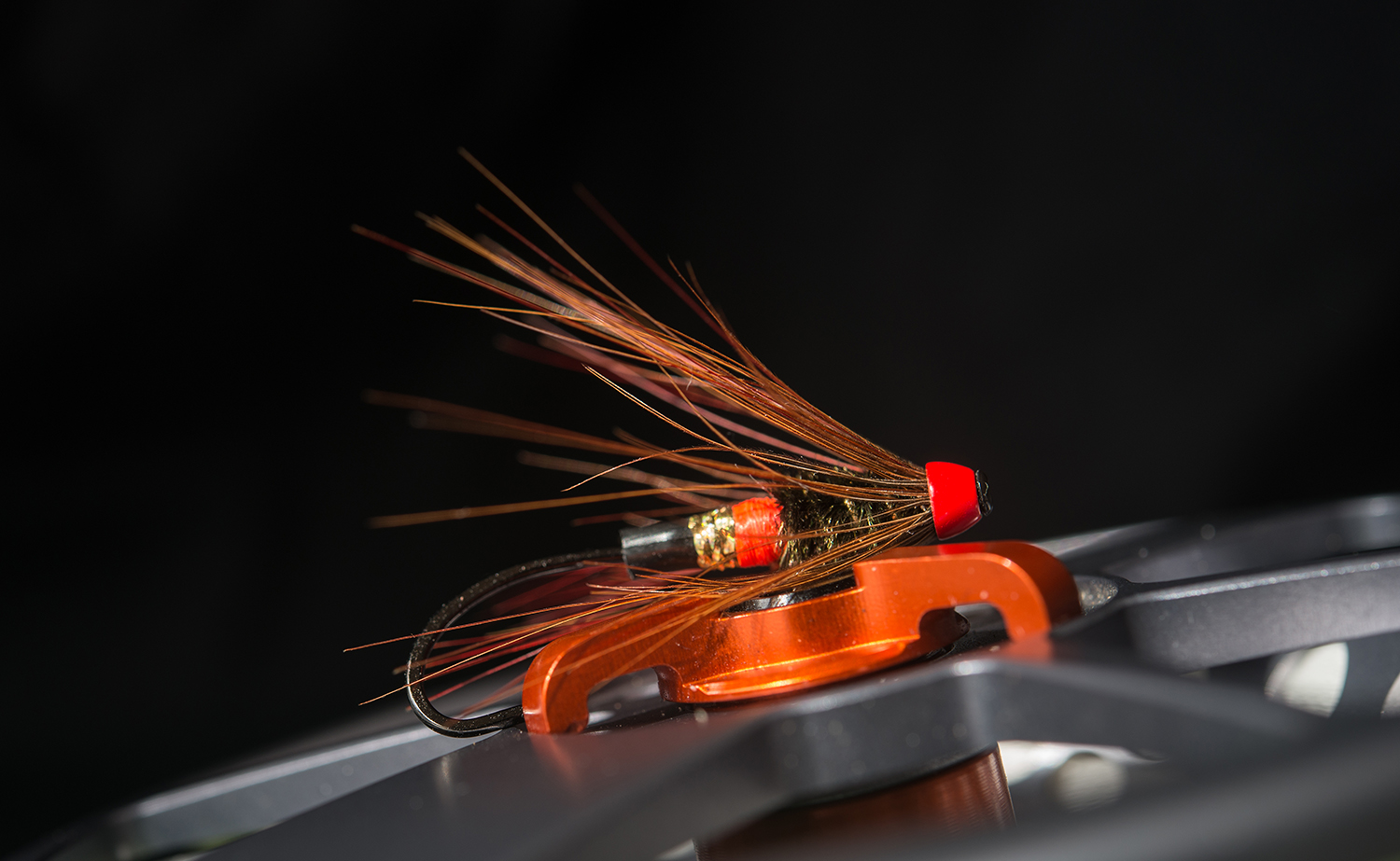 If you need a heavy fly, the dressing does well on a tube, where you can make it as heavy as needed for your local conditions.

I like this fly on overcast days and it’s done well in both the clear summer waters of Gaula in small sizes and larger sizes in the often stained waters of the danish salmon rivers. If nothing else works, try a Viherpuna – if nothing else, it’s something different and that’s often as important a trait in good fly as anything else.

Next week – getting ready for the Danish salmon season!