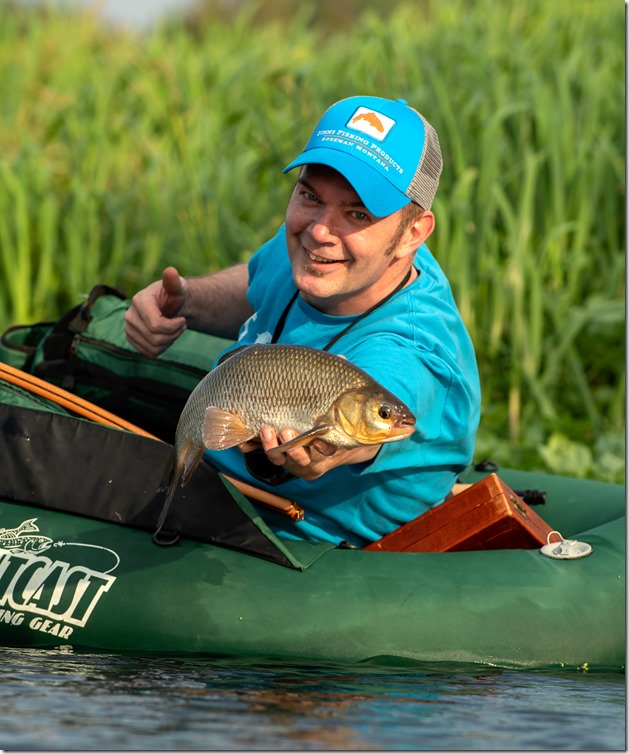 Once upon a time, fly fishing was primarily a technique for catching trout and grayling. But today an increasing number of species are targeted with the fly rod. Anything from dace to sailfish is caught on a regular basis by anglers seeking new experiences. And since there are around 34.000 recognized species of fish on the planet, there’s no lack of targets.

Furthermore, with a changing climate, a whole range of new challenges seem to surface as well. Here in Scandinavia we are having probably the warmest summer on record. If anyone is old enough to remember anything worse – they are probably no longer capable of remembering anything at all ;0)

Anyway, the water temperatures went so high, that trout and salmon fisheries were closing down. That meant that we have had to make a virtue of necessity – and look at some of the species that really thrive in warm water. 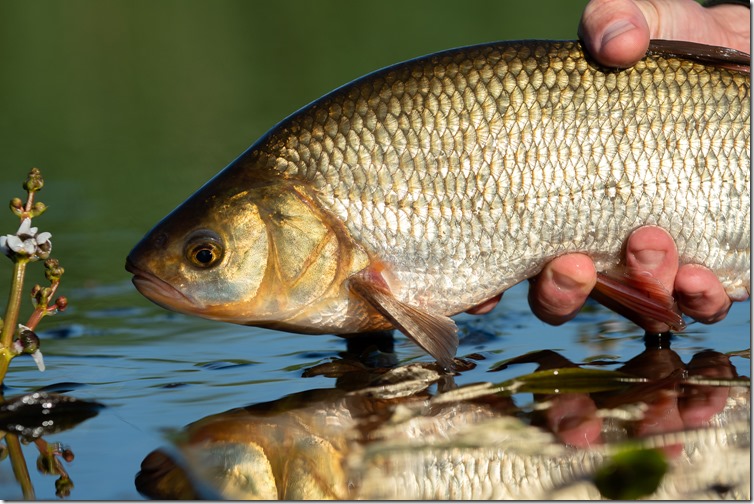 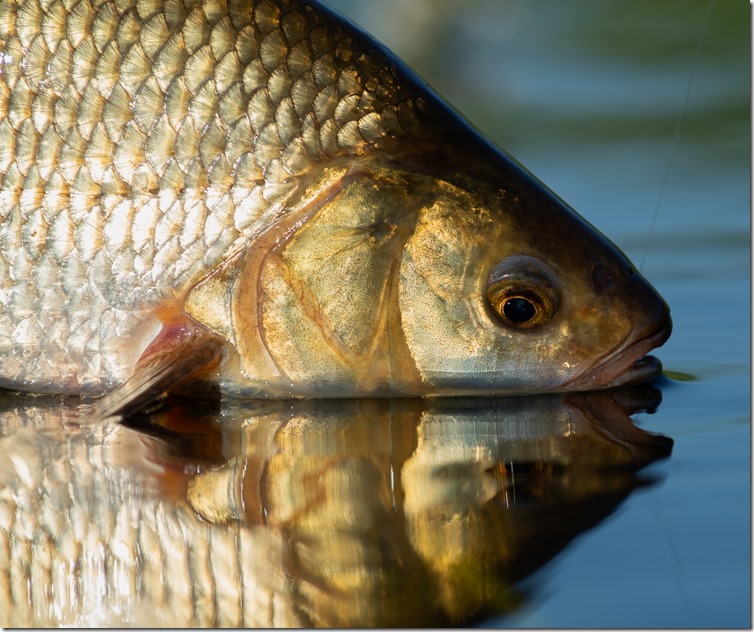 One of these are the ide (Leuciscus idus), a freshwater fish of the family Cyprinidae. It lives in larger rivers, ponds, and lakes across northern Europe and Asia. It has been introduced outside its native range in Europe, North America and New Zealand. 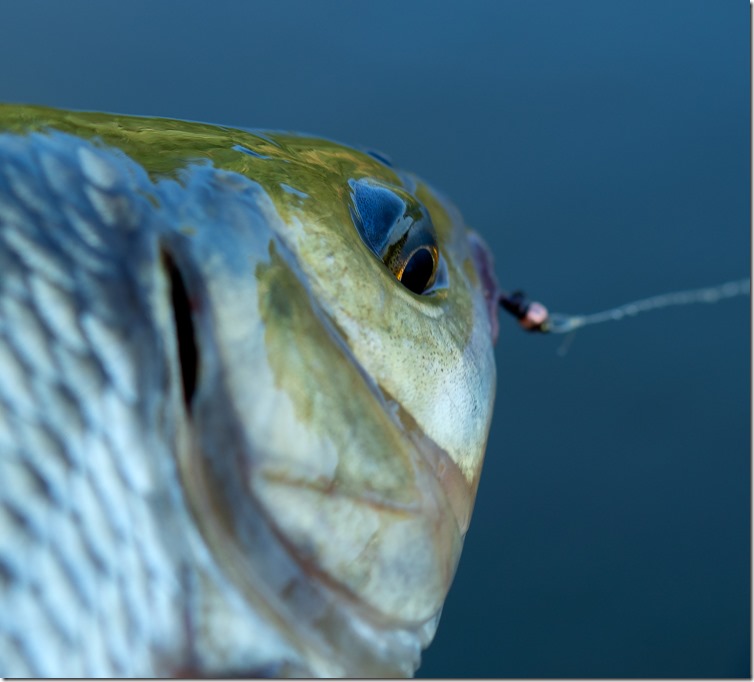 The ide can grow to a size of around 8 pounds, though 2 to 4 pounders are more common. It will eat just about anything from small insects to baitfish, and it likes feeding on the surface. You can catch this fish on any kind of fly: dry flies, wets, nymphs or small to medium sized streamers. So your light trout fishing outfit will do just fine. 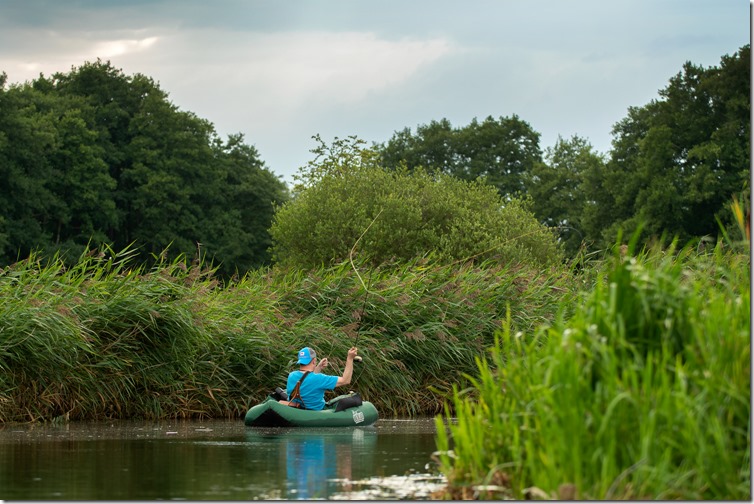 Søren and Morten from Ahrex Hooks have had several belly boat drifts on local streams this summer, fishing for ide. On one of these our friend Henrik Kure Nielsen joined in. 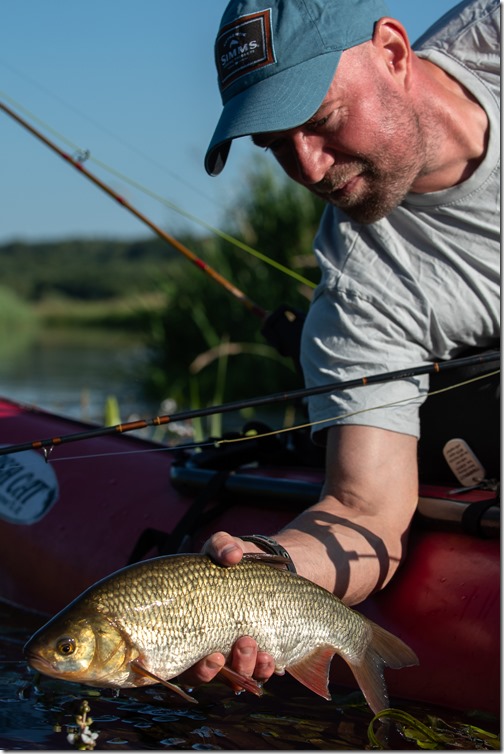 Søren, who has several years of experience with ide says: “We got into some beautiful fish on those trips – most of which was caught on small weighted nymphs. If you find ide that rise steadily – the dry fly is a great option. You can cheat… and bring a surface action going by feeding a trail of bread lumps to the ide ;0) Often though you see the large fish cruising deeper in the clear water, and sight fishing with a gold head nymph or similar is super effective. I use super light fly tackle and long fluorocarbon leaders for this fishing.”

Some tying inspiration for ide

Here are a trio of flies, that will do great in any water holding ide.